The script seemed like it was all set up for the Philadelphia Eagles. After DeSean Jackson’s mesmerizing game-winning return against the Giants, the Eagles could simply beat a Brett Favre-less Minnesota team, perhaps beat Dallas and get help from a Green Bay team looking for a playoff bid.If it all shook out like that, the Eagles would get a week off thanks to a bye in the playoffs. Instead, they let the Vikings and Joe Webb get the best of them on Tuesday night, an outcome that was awkward enough to overshadow the day of the week in which it came.Now quarterback, and MVP hopeful, Michael Vick, may not play this week due to injury. It might be all the same anyways, as the Eagles no longer have a bye on the line.Michael Vick joined WIP in Philadelphia with Howard Eskin and Ike Reese to discuss his status for Week 17, why the offense struggled against the Vikings, Minnesota’s blitz-heavy scheme, if he was too impatient in the passing game, if the Eagles rested on their laurels after beating the Giants and the challenge of now playing an opening-round playoff game. 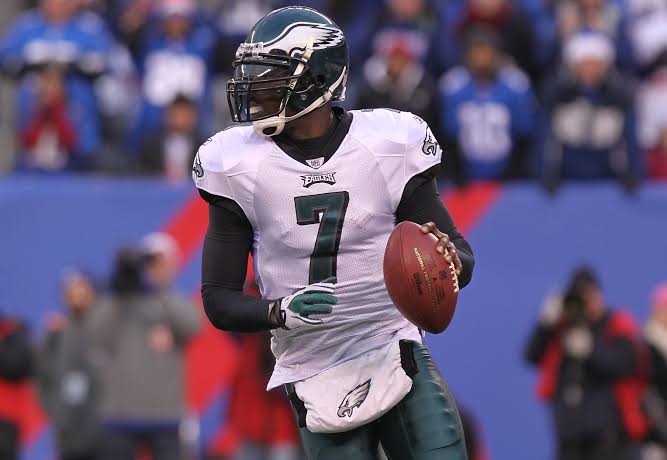 On whether he’ll play this week:

“If I needed to play, I feel like I could do what I could the next couple days to get ready to play.”

On where the offensive problems occurred for Philadelphia on offense against Minnesota:

On whether the Vikings blitzed more than he expected

“Not at all. We seen them bringing a lot of blitzes to a lot of different teams on film. We knew they was going to bring the blitz that they showed. It didn’t surprise me they blitzed at a high percentage. You’ve just got to be able to account for it.”

On whether he looked to run the ball too quickly and became impatient with the passing game:

“Everything I do is instinctive. And, almost 90 percent of the time, I feel like I’m right. I put myself in position to throw the ball or move and improvise. … They did a good job of putting themselves in position to negate that.”

On whether the Eagles rested on their laurels after beating the Giants:

“I don’t think so. I think, if anything, that game was a confidence-booster. We just have to prevent putting ourselves in situations where we’re down and have to come back. We’ve been doing that for the past couple weeks and it just makes it tough. Watching the film, I think there was things we could do to make the game a lot easier.”

On now having to play in a wild card playoff game:

“It’s just another challenge. In life, you’ve got to go through adversity. … That’s the ultimate measure of a man, how you come through when facing adversity. I know this team has what it takes. I know our coaches know exactly what to do and what we need to do. … I see good things for us and am very optimistic. I know every guy on this team hurts.”
Listen to Michael Vick on WIP in Philadelphia here