In the day and age where LeBron James packed up and left his hometown to build his Big Three elsewhere, Troy Tulowitzki is staying put in Colorado. And in a day in age where right down the street, Carmelo Anthony is trying to ride out a final season with the Nuggets to test the free agency waters, Tulo signed the dotted line long before he necessarily had to. It’s pretty refreshing, isn’t it? And not just because of the mountain air in Denver. Tulo is now under contract with the Rockies through 2020 and is guaranteed nearly $158 million. In other words, move over Todd Helton (which many Rockies fans were already saying) because the franchise has a new face. Troy Tulowitzki joined 104.3 The Fan in Denver with The Drive to discuss why he decided to sign the extension now, the pressure he puts on himself, seeing Carmelo Anthony at dinner right after signing the deal, why he wants to commit to Colorado long-term, modeling himself after Todd Helton and whether he considers himself the face of the franchise. 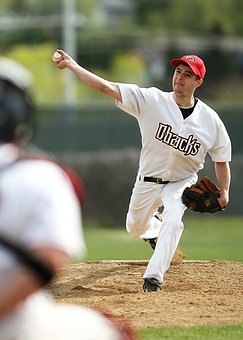 On signing the extension now:

“It’s baseball, it’s not an easy sport and I know that. I’ve been through the ups and the downs and anytime they’re talking about that kind of money, I think it’s an easy decision. I set my family up. I like playing and being in the Denver area, so I think it was a huge choice. A lot of people might have their questions on why now? It didn’t need to be done, but for me it’s a sense of just wanting to be here and proving to my teammates that I’m going to be here for a long time and I’m all in and I want to win.”

On if he puts pressure on himself:

“I put the most pressure on myself and I think that’s one thing that my teammates understand. It’s not just putting pressure on the team, I expect the most out of myself, more than I expect out of them. At the same time, I think I want to be the guy that gets them going because I respect baseball so much. Some teams don’t play the game the right way and I want to put it on my shoulders and my responsibility to get my team to play the right way and play hard. … I want to be in charge of that and if things start to go wrong, I want to be the guy, too, that they blame. And I’m fine with that because I’ll take the chances with myself any day.”

On seeing Carmelo Anthony — in his last contractual year with Denver — at dinner after signing the extension:

“It was crazy … after signing that deal and then walking into dinner and the first person I see is Melo. It was kind of one of those things that it was a little weird. I kind of told him it was his turn and he kind of laughed. … It’s a good little story, but it’s his decision. I’ve always said if you want to be here, then you’re going to do it. If not, then I think the fans need to realize if someone doesn’t want to be here, why would you want them to be here? … If he does stay here, then next time I’ll pick up his bill.”

On why he commit to Colorado long-term when his only tie to the area is baseball:

“First of all, it’s an awesome place to live. I didn’t know too much about Denver until coming here and getting drafted by Colorado. The first thing you think about is just the snow all the time. It’s actually a beautiful city, awesome people. The people really fell in love with me and that was one of my decisions. You can’t just step into a baseball field your rookie year and have your own chant unless people like you. I’ve always remembered that. They’ve been good to me here even through my downs.”

On modeling himself after Todd Helton:

“Face of the franchise for a long time, someone I look up to, someone that I kind of model myself after. He’s a great guy, first of all, and that means a lot to me. Second, he’s a heckuva baseball player. A lot of people are getting on him because he’s toward the end of his career and he signed a deal and they don’t feel like he’s worth it. That’s just people out there trying to make negative news. He did a lot for this town. … I respect him and he’ll always be one of my best friends and he’s really the face of the Rockies and someone I hope to put my name next to one day.”

On feeling an obligation to be that guy, the new face of the Rockies, now:

“Yeah I do. With the big contract comes the big responsibility, not only on the field but off the field. Sometimes off the field is just as important as the things on the field. Everybody’s fans out there and they look at your performance and your stats at the end of the year, but I’m fine with being a good person because I know that I can go out there and give everything I have on the baseball field. If my stats aren’t where they think the contract is supposed to be where the stats are, then so be it because I know I play the game the right way and I know that I did things right in the community and that goes a long way.”