The Los Angeles Dodgers are not for sale … yet. If that happens, you can rest assured that a couple of former players are gearing up for an attempt to buy the once-storied franchise that has now been soiled by owner Frank McCourt.McCourt filed for bankruptcy this week in an ongoing saga between him and Major League Baseball Commissioner Bud Selig. It seems to be getting more and more imminent that, one way or another, the franchise will be up for sale, it’s simply a matter of when and how it will be done.That’s basically what Steve Garvey alludes to in the following interview, where he also explains a bit about the group he has helped put together that would attempt to buy the Dodgers if they go up for sale. Garvey has partnered with another former great in Orel Hershiser and others from southern California, a group that he calls the Dream Team. To Dodgers fans, anything sounds better than McCourt right now, but they have to be salivating at this kind of opportunity.Steve Garvey joined Into the Night with Tony Bruno to discuss the downfall of the Dodgers, if he thinks the drama is affecting the players, the “Dream Team” he’s assembled for when the Dodgers go up for sale and if he believes there is any way that Frank McCourt can remain the owner. 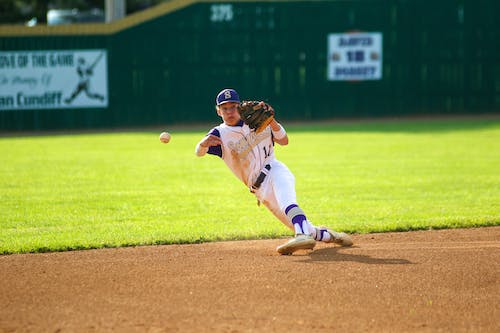 What is going through his mind when he’s hearing about all the bankruptcy and legal drama surrounding Frank McCourt and the Dodgers:

“At the age of 7, growing up in Tampa, Fla., my dad drove a bus for Greyhound and he came home in late March of 1956 and he said, ‘You want to skip school tomorrow?’ … He said, ‘Well, I’ve got a charter tomorrow to pick up the Brooklyn Dodgers from the Tampa airport and take them to St. Petersburg to play the Yankees in an exhibition. … The rest is history. To see this great franchise that I’ve become such a part of and know the history of, be in uncharted waters now, it’s like a ship without a rudder. Who knows from day to day what’s going to happen and it’s just sad. The fans have lost trust in the organization. They don’t feel it’s secure to go there. They don’t feel that Dodger feeling when you get there, don’t sense the history anymore. They don’t feel like ownership appreciates them. It’s one of those situations now we just have to wait.”

Do you think this stuff trickles down to the clubhouse and the players?:

“Absolutely. In all the years I played, any time there were any problems, it’s just natural the press is going to come to you every day and ask you about it. Even if you can focus or try to focus … you’re still going to have to give an opinion and deal with it. I think the guys are trying to stay focused, but every day something comes up. … It’s got to have some effect.”

Your name has come up as being part of a group that would like to buy the Dodgers. Do you think MLB is going to force McCourt to sell the franchise?:

“I started putting this, we call it a Dream Team, together about a year and a half ago. It’s rooted in southern California, business, entertainment community, men who have been a part of the game, administered it. … We added Orel Hershiser to our group in the last few weeks. … It’s a great group we’ve put together, but it’s not for sale. If it were to go on the market, obviously we’d be very aggressive. I think we’re well-funded. We just have to wait and see. … It’s a big chess game.”

Is there any way that McCourt can rectify this situation and remain the owner?:

“It’s now the Commissioner of Major League Baseball versus Frank McCourt. I think that there is some uncharted waters here and I don’t know that either side really knows which direction it’s going in. … It’s a clash between two men who are very single-minded. Our group is concerned about what’s best for the game. What’s good for the Dodger fans, the Dodger organization, Los Angeles and baseball?”