Ryan Clark on the Steelers Defense: “The formula is not broken”

Last season, Ryan Clark was forced to watch from the sidelines as the Pittsburgh Steelers season came to an end in Denver. The backbone of the Steelers has always been its defense, but for one day in Denver, the defense was Pittsburgh’s Achilles heel as they were eliminated from the playoffs. This offseason, Clark and the Steelers have heard the criticism, they have heard the whispers. “The Steelers are too old. The Steelers are too slow.” You can be sure that Dick LeBeau’s bunch will be on a mission to show everyone that they are still number one and eager to wipe the sour taste from last season out of their mouths.Ryan Clark joined Fox Sports Radio with the Loose Cannons to talk about whether the Steelers had to change anything on defense after losing in the playoffs last year, what he thinks about the replacement officials, on the idea that Ben Roethlisberger hasn’t really been in the news this season and what he thinks about the questions when it comes to Troy Polamalu. 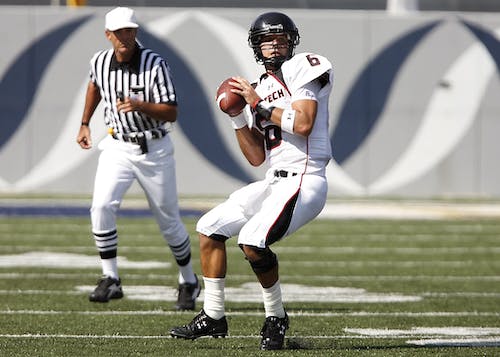 Whether the Steelers had to change anything on defense after losing in the playoffs last year:

“There’s nothing to change. You’re talking about a team that was number one in defense, number one in passing defense, number one in total yards and number one in points. Everybody has off days and sometimes the other guys on the other teams who are also getting paid lots and lots of money make plays. That’s what happened against Denver. Demaryius Thomas played an extremely good game, Tim Tebow threw some good balls down the field, I think the game plan that they had worked well and we didn’t make some plays defensively. But the formula is not broken. You look at us, 12-4 three out of the last four years and I think if you go to a bunch of teams right now and say hey if you do this you can win 12 games three out of four years, they’d take it. We’re going to continue riding with the same formula because we know it works.”

What he thinks about the replacement officials:

“I’m not necessarily extremely happy with the ones that we had before this either. I never really agree with all the calls that they make. It’s the nature of our relationship. Those are the type of guys, the nature of their job is to make calls that you’re probably not going to like. I think the biggest thing with the replacement refs is you think about safety and as long as they can keep safety in the game I don’t think people really care about offsides and different things like that. As long as the safety of the game is upheld then we have to deal with it. If they are bad, make bad calls, then they will probably be making bad calls both ways. The game will still be even and the players will decide who wins or loses.”

On the idea that Ben Roethlisberger hasn’t made news this offseason:

“That’s a good thing. That’s what we want. He’s just being a quarterback and he’s just leading this team. That’s what we need from him. Any time you lose a Hines Ward, who has been an offensive captain for years and years, a lot of the onus is going to fall upon the quarterback. I think when we had some of these older guys, the Alan Faneca’s and these types of people, we were winning Super Bowls and going to Super Bowls, Ben was just the quarterback. He wasn’t asked to be the leader but now he is. He’s doing a great job trying to bring these young receivers along. Obviously we’re missing Mike Wallace right now so it’s been on Ben to make sure everything goes smoothly and these guys learn this offense. He’s doing well, he’s throwing the ball better than I’ve ever seen him throw it which is exciting for me because that means he will get it out of his hands and won’t be sacked so many times. We won’t have to worry about gimpy ankles or things like that which kind of hindered him towards the end of last season.”

On the questions about Troy Polamalu:

“There’s always questions about Troy because he’s Troy. People want to know how he is looking and how he is doing and he is doing well. He’s been working out and dieting very well in camp, we talk about that every day because we know we’re, as some would say, we’re getting old and slow so we’ve really taken it upon ourselves and he’s done a really good job of being in shape. Coming in and kind of proving to the some of the people saying he’s losing a step or he’s injured too much. He’s looking really good. Every day he’s out there making plays and he’s Troy. You can’t really see what Troy is going to do until the lights come on.”