Ten years, ten NCAA Tournament appearances. It’s rarely the most entertaining or exciting brand of basketball, but Bo Ryan’s Wisconsin Badgers teams just win. And they do so consistently. Wisconsin is on to the Sweet 16 after dispatching of No. 13 seeded Belmont on Thursday, then No. 5 seeded Kansas State on Saturday in a thrilling contest that came down to the wire. Now Ryan and the Badgers head to New Orleans to take on last year’s National Runner-Up, the Butler Bulldogs in the Southeast Region semi-final. This year marks the fourth time Ryan’s teams have advanced to at least the Sweet 16, but only once have they advanced on to the Elite 8, and never to the Final Four. Were the Badgers to get by the Bulldogs, they would face the winner of Florida and BYU with a trip to Houston on the line.Ryan joined Mike & Mike in the Morning (with Doug Gottlieb filling in for Mike Greenberg) on ESPN Radio to talk about the Badgers overcoming a late deficit against Kansas State, the mood on the sideline when the Badgers had their backs against the wall, the last two defensive possessions where Jordan Taylor fouled a three point attempt and then blocked the final Wildcats’ shot, the respect he has for Wisconsin’s Sweet 16 opponent Butler, how he wouldn’t consider being unethical and reaching out to longtime protege Rob Jeter who coaches against Butler multiple times each year as the head coach of UW-Milwaukee in the Horizon League, and what he thinks accounts for his team being the most efficient offensive squad in the country according to Ken Pomeroy’s efficiency ratings. 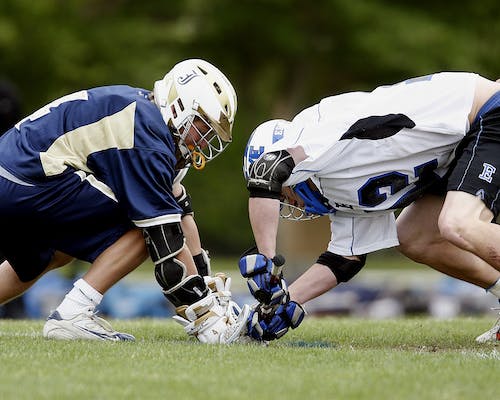 On the Badgers staying poised and overcoming a late deficit to topple Kansas State:

“Well I think our schedule that we played during the year, guys, prepared us for moments like that. It’s one of those things where you can’t change who you are. You’ve got to go to your strengths, you’ve got to play it out, and we had some guys hit some big shots. Even though Jordan Taylor struggled with his shooting accuracy needless to say — he was 2-for-16, I think that qualifies as struggling — we were able to find some other guys to get it done. And we did it with our defense and we did it with our free throws.”

On his star Jordan Taylor fouling a three-point attempt on the second to last possession, then blocking (yet nearly fouling again) a three pointer once more on the final shot:

“Well you must have had a mic down there because it was interesting needless to say. First of all, for me to question whether or not there was contact on the other foul I can’t say, because you know our rules about talking about officiating. But there’s a case, the angle sometimes can make the difference. But on the other one that he blocked, he was well out in front of him. Actually I was surprised and when I looked at it again, the reason he was able to get a piece of it was the low trajectory. And I think he was maybe anticipating contact again, but Jordan was well out in front of him. We really don’t want to foul a three-point shooter, but we rallied from that and we got it done at the other end by hitting a couple of free throws to give us the three point lead again.”

“Well nobody respects teams like the Butler’s of America like yours truly. I coached in that league a couple of years at UW-M and have watched Butler for a long time. It’s a great program, and Brad (Stevens) does a great job, and the coaches before him did the same thing. Good solid basketball, good shooters, guys that can take you inside and outside, and they had been winning for a reason — because they’re solid. I have a lot of respect for them.”

On resisting the temptation to get a scouting report on Butler from his protege Rob Jeter who’s now coaching UW Milwaukee in the Horizon League:

“Absolutely not. As a matter of fact, we did talk yesterday about something else but no scouting reports. But we do have the films that we take ourselves, it isn’t films that were sent to us. You know with synergy now, you can get every clip…it’s so different now, scouting, Doug then when you played. You can get every out of bounds play, every three-point shot, every post feed — anything on another team you can get. So visually they have us, we have them. So talking to other people about a scouting report, first of all it’s unethical in the league so that hasn’t happened. But we have everything on them, and they’ll have everything on us.”

On his team being the most efficient offense in the country according to Ken Pomeroy’s ratings and what he believes accounts for their success at that end of the court:

“Even after that Penn State game? Smart players, guys who value the basketball, guys who utilize what our assistant coaches do with the scouting reports and the things that they bring to the table. You have to look at something like that and say ‘well this isn’t the first year that we’ve been way up there in offensive efficiency ratings.’  It’s our teams have been willing to commit to that and it’s just something that you’re willing to accept every day in practice. It’s the way we chart our possessions, it’s the way we analyze each practice, it’s all about efficiency. Maybe some teams don’t have the same athleticism as other teams, maybe some teams aren’t as big, aren’t as coordinated, maybe some teams don’t have as many outside shooters. But there are certain absolutes that you have to have in basketball to give yourself a chance. And that’s taking care of the ball, playing position defense, getting on the glass, making free throws. Those things just have to be there to advance, or to even get to the tournament in the first place, and then to advance.”