In the words of Mike Babcock there are a lot of teams that come and go. There are only a handful of teams in the NHL that do it year-after-year, knocking on the door, striving for excellence. Babcock has taken pride in his Red Wings team knocking on the door each of the last six years, dating back to the NHL lockout. Detroit has racked up 100 points every year since the lockout as they have rebuilt on the fly, while winning in that process. The whole key according to Babcock is overcoming the salary cap. That’s the true challenge. He would like to think the Detroit Red Wings bring the same excellence to the sport of hockey as do the Pittsburgh Steelers and New England Patriots of the NFL in terms of always being there when postseason time comes to fruition. In June of, Babcock led the Red Wings to a Stanley Cup title over the Pittsburgh Penguins in six games, but Pittsburgh returned the favor in June of 2009, taking the Stanley Cup in seven games. Babcock has a record of 63-39 in the playoffs and the first round matchup against the Phoenix Coyotes is a familiar one to his hockey team. Last season the matchup in the Western Conference featured the Coyotes as the higher seed, but that proved to be futile as the Red Wings took the series in seven games. This time around Phoenix looks to get payback as Babcock feels the series will be a “speed test.” Mike Babcock joined WDFN in Detroit with Shep and Sharp to discuss how important Sunday’s win over the Blackhawks was for the Red Wings, what else can the Red Wings learn in the postseason, does he feel like the Red Wings taught the Coyotes a lesson last year, how much does he look into the regular season series between the Red Wings and Coyotes and what are the Red Wings focused on going into the postseason as well as their weaknesses. 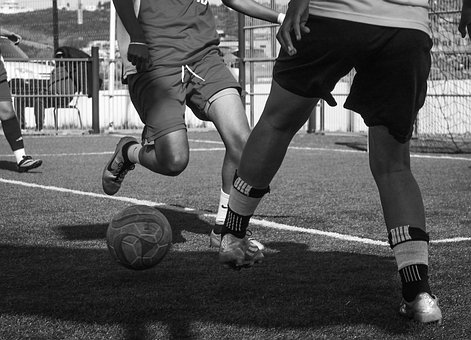 How important was Sunday’s win even though Chicago really only had something to play for?

“Well I just think obviously Chicago had a ton to play for, so you got a playoff atmosphere and you go into their building. It’s kind of like game three is going to be in this series. You get used to that, which I think is a real good thing, but I guess the thing for me as an athlete as anybody in life, you want to feel good about yourself and when you haven’t played well and it hasn’t gone as good as you wanted it to. Things have gotten away from you. It’s nice to go in feeling good. To me that part was really important. The other part that was important to me is if you want to get engaged and want to get involved physically in the offensive zone we can be a good team. We showed that in Nashville. We showed that in Chicago. If we don’t want to do that we’re a very average team and we’re not going to win. So it’s real statement to our guys and how we gotta play.”

When you reach the postseason as often and as much this group what else can you learn?

“I guess what I would say to you is each year you learn about yourself. Each and every year it takes a new way to get things done. It takes a new commitment and a new will. It takes different people stepping up. You never know if you can get it done unless you get in there. The reality for our situation right now is teams one through eight and I would say number one has been different that everybody else in Vancouver [Canucks]. I’d say the rest of us we’re almost identical and so there’s not much to pick. When you look at that eight teams got to feel in the West that they have a real opportunity. To me opportunity in life is what it’s all about. You want to embrace and do the best you can with it. I think we’re going to find out a lot about our hockey club over the next while.”

Do you feel like you taught Phoenix a lesson a year ago. Do you think they learned something from that?

“Well I’m sure they feel like they’ve learned something. I don’t think we taught them a lesson at all. It took us seven games to beat them. I don’t think there’s any lesson in that. This year if you look at it from their point of view we think we’re 2-2 against them. They think they’re 2-0-2 with us, so the reality is there’s not much to pick between the teams. I think it’s going to be a real battle. Their goaltending is superb. They’ve added guys in their back end to make them better in [Rostislav] Klesla and [Michal] Rozsival, veteran heavy players, so there’s a task here. The other thing thing I think they do is skate really well. It’s going to be a speed test for us the whole series.”

Do we really look much into the regular season series between the two teams?

“Well I just think everything in the postseason you know is night-and-day different. What I mean by that is you play the regular season and it’s one kind of hockey, but when you’re battling for every inch I think it tells you a lot about your team and your ‘stick-to-it-ness’ and how much will you have. To me the skill part is very much secondary at this time of year, so when I think about the playoffs I get excited about…to me what it does is bring out the best of the best. If you’re not capable mentally, if you’re not capable will wise, you’re exposed right away.”