Mel Kiper Jr. Fires Back Against Allegations: “I’m not going to lose any sleep over people making unfair, inaccurate allegations and accusations

How much legs this story winds up having remains to be seen, but it’s safe to say we haven’t heard the last about the story relating to former agent Josh Luchs and the accusations he made in the most recent issue of Sports Illustrated. You can read about the article here. In the story, Luchs alleges that ESPN NFL Draft guru Mel Kiper Jr. is way too buddy-buddy with high profile NFL agents, in particular with Gary Wichard. It’s a complicated web of allegations, and a world (recruiting, agents, etc) that’s murky and shrouded with mystery, so I’ll refrain from editorializing and simply encourage you to read the SI article this week, as well as listen to Kiper Jr. respond to the allegations levied against him.Kiper Jr. joined The New School with Shan Shariff on 610 Sports Radio in Kansas City to talk all about the allegations that he shilled for the players represented by Gary Wichard, a very high profile NFL agent. Kiper, in his patented fashion, jumps all over the board while denying any sort of wrong-doing, so take a read and/or listen. 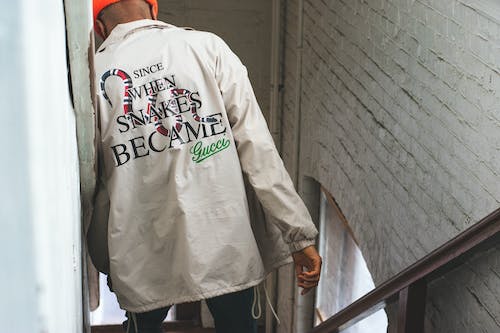 On the allegations levied against him:

“So obviously you’re going to be subject to this type of scrutiny. I say, and I’ve always said, bring it on. If you can find a pattern of me so called schilling for an agent, show me where it is. Show me the proof. What I had to do the last day or so Shan, is go back and see, because I don’t even remember, I don’t even remember it, I don’t even know who these agents represent. By the time I’m grading these players I do, but when I’m evaluating them through the process, they don’t have agents yet.  That’s the thing you’ve got to realize. They don’t have agents when you’re formulating your ideas and opinions. Once they do, if at that point you say Mel Kiper will take a player and move him significantly up because he’s a Gary Wichard client, I say okay, if that’s the case, let me answer these so called allegations. Well I did, and I went back. It’s factual, it’s on paper. And I’ll give you some of this quickly. 1997: Jason Taylor, Gary Wichard client. I had him 48th, he went 73. That’s evidence I was schilling for Gary. I say so be it. He’s a great player. I should have had him higher than 48. In 2000, Keith Bullock went 30th. I had him 8th. That suggests I was shilling for Gary Wichard. Keith Bullock should have gone 8th, it was an accurate rating and he had a heck of a career. That same year, Jacoby Shepard and William Bartee – I had Shepard 146, he went 162; I had Bartee 117, he went 54. Both Gary Wichard clients. Where’s the proof I’m schilling for them. I had them significantly lower than they went. 2001 – two players, two Wichard clients, both out of Arizona State – Todd Heap, I had him 14, he went 31, that suggests I’m schilling for Gary but he had a heck of a career though for the Ravens. That same year, Adam Archuleta, I had him 39, he went 20, so I didn’t have him nearly as high as he was. Dwight Freeney, future Hall of Famer, Gary Wichard client – 2002, I had him 21, he went 11. I should have had him 5, he went 21, I underrated him – Gary Wichard client. The list goes on and on….”

On what his relationship with Josh Luchs was:

“Josh worked for Gary and was an employee of Gary. I guess was the time period, and that’s why I brought up the Bartee’s and the Shepard’s and the Archuleta’s, and Freeney’s….and J.P. Losman, another Gary Wichard client. I think Josh was still there in 2004. I had him 38, he went 22. In terms of Josh, I would talk to him, I would see him at say the Senior Bowl and postseason All Star games. And if I needed something on a player, Josh would be there and answer the phone. Beyond that, then obviously he wasn’t with Gary after a certain point. Whatever he did after that on his own, I would still see him and talk to him. I had the same relationship with him that I do anybody. It was professional, it was fine, and it was cordial. I have no issues with Josh, and he said he has no issues with me. We had no reason to – I never did anything to him, he never did anything to me. And whatever he said today, I think he voiced the fact that at no point in time did I ever do anything to talk about Gary Wichard and promote him to a player; and at no point in time did I do anything unprofessional or unethical. He said I was being used by Gary, well I guess I’m being used by a lot of agents. I guess in life you’re used by a lot of different people without your knowledge. If that’s the case so be it. I’m also, not ‘using’ them, but I’m using them as a vehicle to get to a player and ask questions and get to know that player beyond the fact, because that player might not be represented forever by that agent. It so happened that some of these guys have not been represented by the same agents. So it helps me through their career get to know them. So all Josh suggested was I was being used in the recruitment of a player.  I’m not going to cut off that avenue to get to know a kid because somebody says I’m being used. So be it. I’m not going to say I’m never talking to an agent again. I don’t have an agent representing me, never have…If I did have an agent, I’d say the same thing I’m saying now….”

On if agents have ever tried to compensate him in the past:

On if he’s worried that his future credibility will be at all tarnished by this:

“None, zero. I said that to anybody, I could care less, Shan, about what people perceive about me and what I do. I don’t lose any sleep over it, I’m over 50 years of age, I’ve been in this business for a long time, 32 years. I don’t care what people think. There’s going to people…there’s Kiper haters out there, go to the internet, read them, type in my name. You’ll see a lot of Kiper haters, Mcshay haters, Mayock haters, Mayock lovers, Kiper lovers…That’s just the way it is. You”re not going to please everybody, everybody’s not going to like what you say and what you do. And the one’s who hate you and don’t like you, are going to pounce you and say ‘this proves it..he this..he that..’ And others will do what they do and not even worry about it. You can’t fight this, there’s too much out there. People have ways to look and everything you say and do and twist and turn it and make it look like a certain thing is happening when it’s not….As far as my credibility, my credibility is 32 years of doing a job for ESPN and for myself at Mel Kiper Enterprises. Nobody bats 1.000. People want to say ‘he was wrong….’ Guess what? If you do this for 32 years and you think you haven’t been wrong, you’re the most arrogant person in the world…I always say if you’re afraid to be wrong, you’re never going to be right. So if you’re too scared to make a call, you shouldn’t be in this industry. All I’ll say is no, I have no fear, no issue, no anything…I’m not going to lose any sleep over people making unfair, inaccurate allegations and accusations. All I can do is answer them…All I can do is continue to do my job, and if people find fault with anything I do, then so be it, they find fault with it.”