As the Major League Baseball season comes to a close, we’ve come to yet another age-old argument when it comes to MVP races. When voting for postseason awards, how much does it matter that a potential award winners plays for a winning, postseason-bound team? Los Angeles Dodgers outfielder Matt Kemp ranks third in the National League in batting average, second in home runs, first in RBI and second in stolen bases. Milwaukee Brewers outfielder Ryan Braun has the best batting average, five fewer home runs than Kemp, 14 fewer RBI and nine fewer stolen bases. However, the Dodgers haven’t been a part of the playoff picture while the Brewers are closing in on clinching the Central Division title. 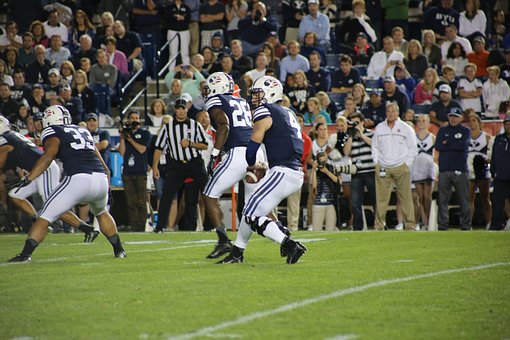 Kemp says he’d vote for himself. What say you?

Matt Kemp joined ESPN Los Angeles with Mason and Ireland to discuss what has clicked for him this year, why his batting average has spiked, what it would mean to win MVP, if the Dodgers’ uncertain financial and ownership issues trickled into the clubhouse, what he’s most proud of about this season, if he thinks he could have legitimately made it in the NBA, whether a relationship with Rihanna affected his game last year, and how he’d vote for himself to be the MVP winner if he had a vote.

What clicked this year for you?:

“I don’t know. Just being in the big leagues for the past four years, you try to learn your swing and see what works and what doesn’t work. It’s been a combination of all kinds of batting stances and timing mechanisms and all kinds of things that you put in. I’ve had some great hitting coaches. … They’re definitely a big part of the success.”

What did you change in order to improve your batting average?:

“I wanted to go into the season, every time I had a game and had an at-bat, that I wanted to grind out every at bat. Try to have as many good at-bats as I can the whole year and just fight. … That’s exactly what I did and it’s been working pretty well for me.”

What would it mean to you to win MVP?:

“It would mean a lot. It would definitely be a dream come true. It’s something that you dream of doing as a kid. … To get an award like that would be an awesome feeling. I know my family would be very, very excited and I would be excited and it would be a pretty good day in the Kemp household.”

Now that we’re at the end of the season, looking back, have any of the Dodgers’ off-the-field struggles trickled down to the players?:

“No, not at all. Our record doesn’t really show it, but in the clubhouse we’ve definitely been motivated and trying to figure out ways to get better. This last month and a half has been really good. The off-the-field stuff, we haven’t too much worried about. It’s something we can’t control. The only thing we can control is our play on the field.”

What are you most proud of when it comes to the season you’re having?:

“I’d say my batting average. That’s the highest I’ve hit in the big leagues and something I was telling you earlier that I wanted to be more consistent and have good at-bats. I’d say that and my stolen bases. … Everything’s a career high, but those two are the ones that stick out the most for me.”

Are the Dodgers going to get you under contract long-term?:

“I hope so, man. We’ll see. We haven’t talked, but I hope that’s in the plans. I don’t plan on going anywhere. … We’ll see what happens.”

People have said that you would’ve been good enough to play in the NBA. Is that true?:

Do you think you’re going to win the MVP or will it go to Ryan Braun?:

“I think we’re both deserving of it. He’s having a great season. He’s doing really good; his team is winning. It’s not up to me. If it was up to me, I would say I would win it. But it’s not up to me.”

What are your thoughts on people who think you didn’t put up these numbers last year because of your relationship with Rihanna?:

“It’s definitely not true. My relationship last year had nothing to do with my success or not my success on the field. It was just one of those years where I just had a bad season and couldn’t quite figure it out. I take all the responsibility for my season.”