At LSU, Matt Flynn had to bide his time until he got the opportunity to start at quarterback. Once he did, he took advantage of it. The former Green Bay Packers backup is hoping the same sort of situation occurs now that he’s landed himself a potential starting gig in Seattle. First things first, however, as Flynn needs to win himself a job. Even though he signed a three-year, $26-million contract with the Seahawks in the offseason, he’s still got to beat out incumbent starter Tarvaris Jackson and draft pick  Russell Wilson. As he puts it though, Flynn considers it as competing against himself rather than the others. Matt Flynn joined 710 ESPN in Seattle with Bob and Groz to discuss being in camp with a chance to be the starter, honing his game in Green Bay, the tips he got from Aaron Rodgers, how Seattle’s system compares to Green Bay, how he did in his first OTAs, not being able to work with some of the team’s top receivers, his patience to get to this point and the group of quarterbacks competing for the starting job. 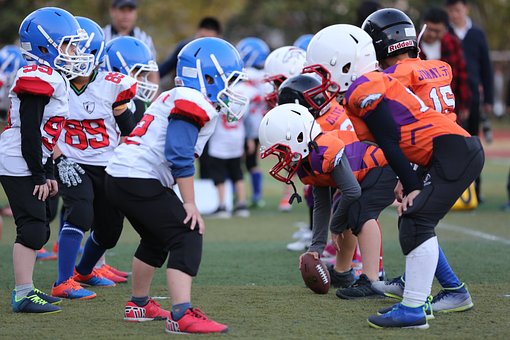 Has camp felt different now that you’re in your first real competition for a starting quarterback job?:

“Yeah, it’s definitely different. Obviously my rookie year I was in competition to be the backup and I just have to try to draw from my experiences. But now it’s obviously different because I’ve got to go compete to be able to play. It wasn’t like that in Green Bay, obviously. … But it’s exciting knowing that what I do right now can correlate to the game field.”

How much did Green Bay retool what you do while you were working behind Aaron Rodgers?:

“I wouldn’t phrase it as rebuilding. It’s more of taking what you have and giving you more tools. Aaron learned a lot from Brett; I learned a lot from Aaron. I can say now that the quarterback I was as a rookie is completely different than what I am now. I feel a lot more comfortable with the skills that I’ve developed and I’ve had. I feel more comfortable with my footwork, progressions, just very in tune with the game, very in tune with what the defense is trying to do and my limits.”

Did the best tips you got come from Rodgers or from coaches?:

“I had a great quarterback coach in Tom Clements in Green Bay and obviously Mike McCarthy has been a quarterbacks coach and OC. So it was kind of his quarterback school that he’s developed. … I learned a lot from Tom and he’s a great coach but I would say the most stuff that I picked up was from Aaron. Aaron, my first year was his first year starting, so he had just been a backup, so he knew what it was like to be a backup and be new in a system and want to learn. … I tried to soak up as much, tried to be a sponge, and I hope it pays off.”

Is the system here in Seattle that different from what you did there?:

“Not overloaded at all. It’s west-coast offense here, just like we had in Green Bay. There’s a lot of similar terminologies with protections and route calls and things like that. The hard part to me, harder than learning the new stuff here in Seattle, is unlearning what I knew in Green Bay. … I see something and then my first reaction is what we called it or what we did in Green Bay.”

How do you think you did in the OTAs?:

“I think it’s gone well. I feel very comfortable with what we’re trying to do. I feel very comfortable with how I’ve picked up the offense and how I’ve progressed. I feel like I’m in control out there in the huddle and on the line of scrimmage. … All in all, I think I accomplished what I set out to do this offseason, this OTAs, this minicamp. … I’m better today than I was OTA number one.”

Does it make it difficult not having some of the receivers out there that you’d be throwing to in games?:

“I don’t know. I’ve spent, before OTAs started, I did spend some time with Golden [Tate], so that kind of helped there. But I think the guys that are so talented — the Sidney [Rice’s] and the Mike [Williams’] — that it’s not going to be tough to pick it up. That’s what training camp is for. … They’ve caught from good quarterbacks and we’ve all thrown to good receivers.”

Are you just dying to play at this point? You had to be patient at LSU and in the NFL:

“Absolutely. I think anybody would be lying if they said they didn’t want to play. My career’s been a lot of patience and a lot of playing behind. … One thing that’s helped me is I’m a very inner-confident person. I’ve always believed I can do it and when I get the chance I can show it. It’s one of those things that’s helped me be patient.”

What’s it like being around the other quarterbacks who are competing for the starting job with you?:

“I think sitting back not knowing, just a fan saying these guys are in competition, I think they’d probably think we don’t speak to each other or there’s a lot of tension and we go out to practice and we’re butting heads. It’s not like that; we all try to help each other out. … It’s a good group. There’s no bad blood at all. It’s nothing like that. We’re competing with ourselves. I think it’s a good chemistry there.”