Larry Drew: “We have one game to finish this thing off. We plan on doing that Tuesday”

After being embarrassed and booed off their own home floor in the playoffs last year against Orlando, the Hawks have turned the tables on the Magic. Thanks to Sunday night’s win, the Hawks are just one game away from sending them on vacation early. The Hawks have used a phenomenal formula to slow down Orlando and Larry Drew deserves a ton of credit for not only that, but for finally helping his team figure things out in the postseason. While they still have a ways to go before they reach the level they ultimately want to get to, The Hawks have shown a ton of growth and it’s the Magic who looks like the rattled team that is having a hard time keeping their composure.Larry Drew joined 790 the Zone in Atlanta with Mayhem in the AM to talk about his team not panicking like they have in the past, on Jamal Crawford seemingly fitting better in the postseason as opposed to the regular season, what he makes of Stan Van Gundy’s comments about his players flopping, and whether or not Joe Johnson is a money player. 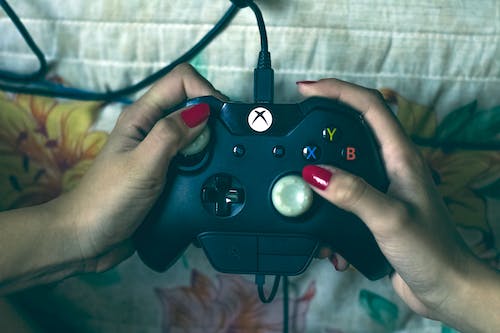 The team looking more poised when Orlando was making a run the other night:

“Yeah that’s a true statement. I will tell you after last night’s game when we got off to a pretty good lead and we watched it dwindle away, I called a timeout and you could sense in the huddle that there was no sense of panic. We have been together long enough now where in these situations we know how to handle them better. I really believe, particularly after last night’s game and watching how our guys responded to their run, there was no sense of panic, there was nobody in the huddle showing any signs that we were going to let it get away. I think that’s a big sign particularly in the playoffs for this club because we’re not an old team, but we’re not a young team either. I think we’re right at that point right now where we’re really starting to mature.”

On what has changed for Jamal Crawford and why he looks like a better fit in the postseason than he did in the regular season:

“When you talk about fitting in, its not a matter of fitting in, it’s a matter of being aggressive. What Jamal is doing right now is he’s not thinking about anything, he’s just being Jamal. He’s always that freedom to do that and what I think is happening now, in the postseason, it seems to get a lot of guys jacked up. It’s an exciting time, the intensity is high, the energy is high, and were not doing anything differently than we did in the regular season. All you’re seeing now is the Jamal that is no longer going out there and thinking about what he has to do. He’s just going out there being Jamal.”

What he makes of Stan Van Gundy’s comments about his players flopping:

“When I first heard the comment I was very surprised by it, but I’ve been in this league long enough and I know how all the coaches try to shift the focus on other areas. When you talk about defending a guy like Dwight, first of all, he’s such a big specimen down low and when you play position basketball you have no chance if a guy tries to go through him. The way we try to defend, we don’t do anything out of the ordinary. We tell our guys to play position basketball and force the guy to go through you and that’s what he does a lot of the time. (Host: It’s a chess game as well.) Sure it is. Sure it is, but we’re not going to pay much attention to that or focus on that. We’re just going to keep playing basketball. All I know is we have one game to finish this thing off. We plan on doing that Tuesday night.”

Whether or not Joe Johnson is a money player:

“Joe Johnson is definitely a money player. I think in the crunch time situations that’s when he is at his best. Right now he is playing good basketball and Tuesday night hopefully he will put together his best game of the series so we can finish this thing off.”

On the crowd support Sunday night:

“It was absolutely unbelievable and our player loved it even more.”