As the NBA Trade Deadline approached, the Rockets were one of the most active teams in the NBA and decided they needed to make a change this to make a playoff run. The Rockets dealt away Shane Battier to Memphis and right before the deadline, the Rockets also dealt away last year’s Most Improved Player in the NBA, Aaron Brooks to the Phoenix Suns. Now with 21 games left to go in their season, the Rockets have a legitimate shot of getting back to the playoffs this season. While they remain on the outside looking in, the Rockets are red-hot since the All-Star break. Houston has won four straight since the break and have closed the gap on the teams in front of them for the final playoff spot out West. One of the biggest keys to the team’s success this season despite Yao Ming being sidelined is the play of Kevin Martin. Martin is leading the Rockets in scoring this year and since the All-Star break he has been even better. The reigning Western Conference Player of the Week has a string of three straight 30-point games heading into their matchup with the Trail Blazers tonight. Kevin Martin joined KILT in Houston with J & R and Winston to talk about what he thinks has changed with the team since the trade, whether or not he was told that he was named Western Conference Player of the Week, if he thinks the Rockets can still make the playoffs, what he thinks about the trades the team pulled off before the deadline, and how much Shane Battier will be missed. 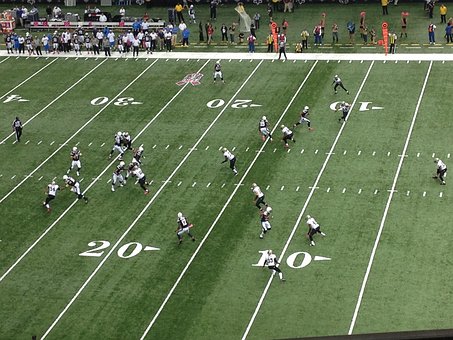 Has the mood changed in the locker room and if so how:

“I think our young guys, they have their minds eased a little with the trade deadline gone by and now they can just get back to focusing on basketball. We’re just gathering around each other and seeing what we can do here.”

If he has been informed about being named Western Conference Player of the Week:

“Yeah actually I did. They woke me up this morning to that news. I think that’s a testament to our team of how hard we played this week. You can always have good numbers but you have to win to get that award.”

What has changed with him since the All-Star break:

“I always try to play with confidence. Now, I’m just a little rested after the All-Star break. Going into the break, I was a little banged up and a little tired and I just had to get through a couple of games before the break. I’m back to feeling good again and out here just playing.”

Whether or not it is realistic to think the Rockets could be a playoff team:

“It’s very realistic because we have the tiebreaker with the Grizzlies right now. We just have to do our part, keep on winning, and playing together as a team. Hopefully they end up losing a couple, but we’re on the right track right now. The coaching staff has all the guys on the same page.”

How much it hurts to lose the Shane Battier and Aaron Brooks in trades:

“That hurts our community, our organization, and everything. Everybody knows how much Shane meant to the community and he was the heart and soul of our basketball team. Aaron, he’s a very young and talented player. We definitely had to regroup over the past week and we miss those guys but the show always goes on.”

What he thinks about the fans who believe the Rockets would be better off not making the playoffs:

“I’m glad they’re not part of the 15 guys suiting up trying to win games. If they were in our position they wouldn’t feel that way. We have talent around here. Like most of this franchise, I came here to play with Yao, but unfortunately that didn’t happen. What can you do? We’re just going to go out there and play as hard as we can and we’ll see what happens.”