Johnny Damon on the Red Sox drama: “They just had a bad September. We were happy because of their demise.”
by Steven Cuce

Johnny Damon enjoyed the magic carpet ride that was the Tampa Bay Rays improbable run to the postseason in September, when he played an integral role in propeling the Rays all the way back from a nine-game deficit in the final month of theseason. It’s as if Damon is a good luck charm this past decade for every organization he has played for — always seemingly in the right place at the right time.The 17-year veteran knows a thing or two about the makeup of the Red Sox clubhouse dating back to the time when he helped Boston land their first World Series title since 1918 back in As the drama in Beantown continues to build, Damon gave his thoughts on his former team’s collapse.Johnny Damon joined WDAE in Tampa with Dan Sileo to discuss the similarities between the 2004 Red Sox and this year’s Tampa Bay Rays team in terms of clubhouse chemistry, Josh Beckett being one of the Red Sox pitchers drinking beer in the dugout during a game, Terry Francona not being the Red Sox manager any longer and the media making too big of a deal about the Red Sox pitching staff drinking beer, eating fried chicken and playing video games in the clubhouse. 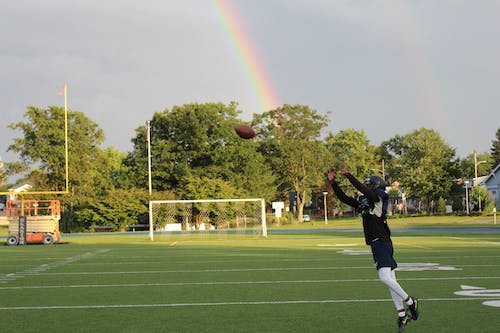 Did you see any similarities in terms of unity in this Rays dugout this season compared to the 2004 Red Sox team you were on?

“I sure did. We all got a long from day one. Spring training it was a tight bond and during the season we definitely went through a lot even after a third of the season. After starting I think 0-6 or 0-7 – I keep forgetting that number – losing Manny Ramirez early and just having to battle the whole way. Our pitching staff was incredible. We couldn’t have done it without them. We know our offense was very sporadic and very poor. With the way the team was built was on the defense and our pitching. With all that being said it was just a enjoyable ride. Like I said everyone bought into the journey. Enjoy the journey. Enjoy the story that we are going to be able to tell. We talked about that at the beginning of the season and don’t worry about where we are at now, but the journey would be a great story. At the end it was.”

There was a report out of Boston that Josh Beckett was one of three Red Sox pitchers that drank beer in the dugout this season. Did that happen in 2004 when you were with the Red Sox as well? Your thoughts on Terry Francona not being the Red Sox manager any longer?

“Terry Francona to me is a great manager, but sometimes the players in the clubhouse also help smooth things out. The players probably should have known a bit better to respect the game a bit. There are teams that I have been on before that have tried to get a rally going [by having a beer] or obviously the guys who aren’t playing in a game, but it’s unfortunate. I think  Jon Lester called it a ‘witch hunt,’ and trying to play the blame game. They just had a bad September. Nobody wants to go through that. Unfortunately when you are in the Boston market and that happens and you don’t make the playoffs things change and there is a lot of changes going on there right now, especially with the team that was suppose to win the World Series. We were happy because of their demise. It got us into the playoffs and gave us a chance to possibly do something great, so unfortunately that is how that market is. David Ortiz said too that there is drama every single day.”

So did the beer drinking in the clubhouse and dugout happen in 2004? Or is the media just making too big of a deal about it?

“The thing is in 2004 we had such a great chemistry in the locker room that people had each other’s back. If the media was blowing up a player we had guys like Kevin Millar or guys like myself and Bill Mueller, who would step up and take the bullet and protect players and that’s very important to a team. I felt like every time we lost a game this year it was on me because I didn’t get that hit in the first inning or didn’t have a good base running play in the third. I learned early to be accountable even when you don’t have to be accountable and because of that over time it has made me a better player and an even better teammate.”