Roger Clemens is a fascinating figure.  Why would someone who was a sure fire first ballot Hall of Famer risk his legacy by taking steroids?  It’s the question everyone wants to know and it’s a lot more complicated than just saying he has a huge ego. Author Jeff Pearlman of SI and ESPN fame just released his latest book, “The Rocket That Fell to Earth:  Roger Clemens and the Rage for Baseball Immortality”.  He spoke to hundreds of people that came in to contact with Roger one way or another for the book and is doing the media rounds on sports radio.  Pearlman recently spoke to Morning Mayhem on 790 the Zone in Atlanta. 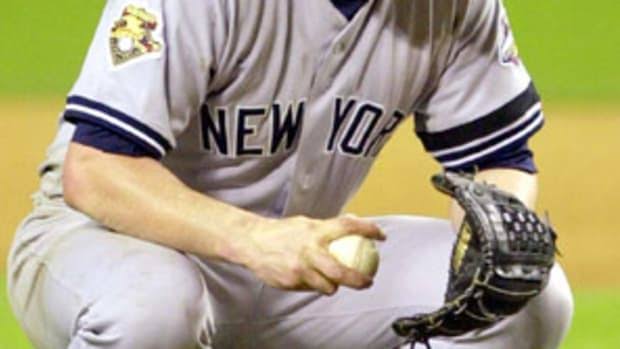 “I think any successful athlete is driven in a sense  by ego, by a strong desire to be the best and Clemens obviously took this too far with his performance enhancing turn.  He literally was this poor little fat kid in Butler Township, Ohio who had no athletic skill whatsoever…was a soft tossing guy that split starts as a little leaguer with Kelly Kerzan, the first girl to play baseball in Ohio.  He was always told by his brother, you either win or your nothing.  So you have this kid who wasn’t a good athlete who willed himself to be a good athlete, who outworked absolutely everybody…the result is a great athlete, a great guy, but a guy that did absolutely whatever it took to win and later in his career that meant turning to performance enhancers.” More quotes from Pearlman on the book and the full interview after the jump.

On what he was told by Dave Fleming, a former major league pitcher:

“What happened to Roger Clemens in his last years in Boston is what’s supposed to happen to a baseball players in his thirties.  Your body changes, you don’t throw quite as hard, you’re more prone to injuries.  So when people say he tanked it and rediscovered his mojo in Toronto, I don’t really buy it.  I think Dan Duquette’s take was right.  I think Roger Clemens was an aging pitcher who just didn’t have as good as stuff as he once had and he gets to Toronto and all of a sudden he’s hooked up with Brian McNamee again and he turns his career in a new direction.”

Here are some more tidbits from the interview:

“To me when people look at Clemens and people say did he use or didn’t he use, in his last few years in Boston he was throwing 93 miles an hour…in Toronto he was clocked a couple of times at 100.  Life doesn’t work that way.”