Frank Martin is Bringing Success Back to Kansas State Basketball

I was at the University of Cincinnati writing about basketball for the school paper when Frank Martin first showed up on campus as a longtime high school basketball coach turned Bob Huggins assistant. Aside from getting to sit next to Oscar Robertson at every game (he’s used my pen to sign autographs like five times), Martin was by far the most enjoyable part of that responsibility. Huggins and his eventual successor, Andy Kennedy, who was also on the staff at that time, were/are very dry, somewhat arrogant and could care less about questions from pretty much anyone in the local press, let alone a college kid. 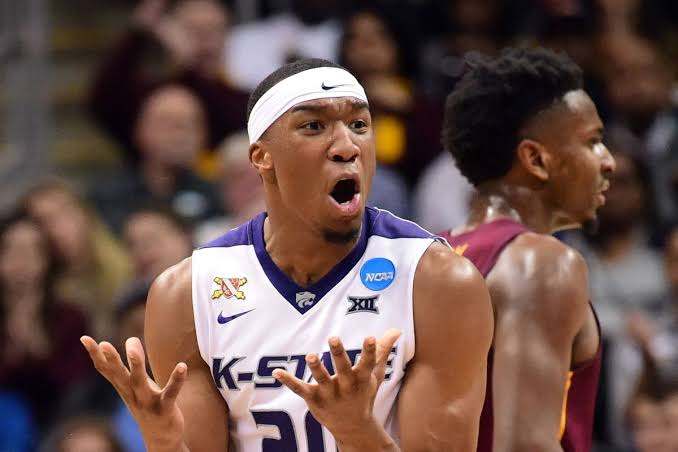 Martin was/is different. He’s fiery on the sidelines like those guys, but his big personality translates into a positive off the court with how he handles the press and just about anyone he meets. Martin coached under Kennedy for a year before moving on with Huggins to Kansas State, where he ultimately succeeded the coach when Huggins went back to his alma mater West Virginia. The Wildcats had a great season to match West Virginia’s two seed in the tournament and advance to the Sweet 16 where Kansas State will meet Cincinnati’s crosstown rival Xavier. Frank Martin joined Mo Egger on 1530 Homer in Cincinnati to talk about the Kansas State fan base, Kansas’ elimination, his expectations for the season, Jacob Pullen, Xavier, and his expressions on the sideline.

On the mood in Manhattan, Kansas right now:

“K-Staters are just so excited right now. The one thing when Huggs took the job here and we first got here that we realized was the incredible tradition that Kansas State had in basketball. The longer that I have been here, the more that I have learned about the great coaches, great players, the championships, the Final Fours. For us and our guys to start kind of bringing those people back around and making it exciting for them because of the way our guys are playing right now is a great, great thing… I had never been here before when we moved here. It was a lot different that what I envisioned it being. It’s a great, great city. It’s a great university. It’s a big time college campus. It’s been tremendous. It’s been absolutely tremendous.”

On if it is better to make the Sweet 16 when Kansas has been eliminated:

“For us as a basketball team, it doesn’t do anything for us. For K-Staters, that’s our rival and it’s been a long time since they have been able to say that that’s happened. So I am sure that there are some K-Staters all across the country that are sticking their chest out because they get to brag for once.”

On whether he thought team had this potential:

“Yeah. We liked our team. We thought we had a good basketball team. We liked the fact that we have challenged our guys for three years and that they have responded to every challenge. We had a nucleus of guys in place that had been there in a while. And we liked the depth that we had developed through recruiting and through experience.  Did I sit there and say that there was no doubt that we were going to the Sweet 16? No. But we liked our team a whole lot.”

On what makes Jacob Pullen so special:

“He embraces the moment. He embraces the responsibility. He believes in his teammates. His teammates believe in him. The greatest thing about that is that it’s about winning with him and with the guys on our team. It’s not about what guy jumps up and makes shots or what guys does what. It’s about winning. That’s the culture that we have tried to create here. It’s not catering to individuals. It’s about uniting and sticking together through the good and the bad to make sure that we give ourselves the best chance to win. When you give yourselves that chance to win, then your players step up to the moment when they embrace the responsibility of being good and that’s what Jacob did.”

On how Xavier and Kansas State are different than when they first met this season:

“That’s the one thing that I know going in because of my time in Cincinnati is that I understand how good of a program that Xavier is. I understand the kind of players they have had. I also understand that they have they also understand the responsibility of being a good team. They play to win a lot of games. They play for championships. That’s the culture that has been created there. You can see that from coach to coach to coach. And Chris Mack has been able to continue that this year. We played them earlier this year. It was one of those early season games where, fortunately for us, the game was at our place. That helped us some, but it was a hard played game.  It was a game that after the game, I was of the opinion that Xavier was really good. Obviously I am not a prophet, but here we are in the Sweet 16 and Xavier is playing the best basketball of the season.”

And on the camera focusing on his sideline expressions (see above):

“I don’t pay attention to it. I don’t coach to be on cameras. I coach to help kids. I coach because I have a duty to those kids and a duty to those assistants that believe in me. It’s my job to work for them – to help them find success. If we can win games, the players will be able to take advantage of the game of basketball and the assistants will be able to move on with their careers. That’s what I coach for. I don’t coach to be on camera. I don’t act the way I do because I want a camera on me. I never pay attention to that stuff. When I watch the tape, I take the volume off because I don’t care what people have to say. I coached high school basketball for a long time as you know. The cameras aren’t on you there and I was me like I am now, I was me for 16 years. It’s who I am and I am not going to change who I am because there is a camera in the building.”