Eli Manning on Whether Giants Ownership and Management Asked Him About Bringing Plaxico Burress Back: “No, Not Directly.”

It’s hard for me to feel too sorry about a guy with that much money who plays the greatest game on Earth, but man does Eli Manning have to put up with a lot of extracurricular nonsense as a star athlete in the New York market. Not eccentric and outspoken enough? Get criticized for that. Call yourself an elite quarterback in the same sentence as Tom Brady? Get bashed for that. Win a Super Bowl thanks to a great rapport with star receiver Plaxico Burress? Prove you can win without an All Pro caliber WR. It’s never quite enough for the younger Manning. But, to his immense credit, Eli seems like he’s well versed at deflecting with class and staying focused on doing his job as well as he can.Manning joined ESPN Radio New York to talk about the stir caused by his recent comments about being an elite quarterback, whether he’s sensed that some don’t feel he’s fiery or self-confident enough, how he thought the Giants fared on offense in Sunday night’s 41-13 win over the Chicago Bears, what he and his offensive teammates can do better in the final two preseason games, how good he thinks this year’s offensive line can be, why playing the next two preseason games against opponents (Jets, Patriots) the Giants will face in the regular season won’t change how they prepare, there not being an ounce of truth to him not being interested in re-signing Plaxico Burress this offseason because he wanted to prove he could win without him, and whether anybody in the Giants organization asked him whether he’d like to have Burress back as a weapon. 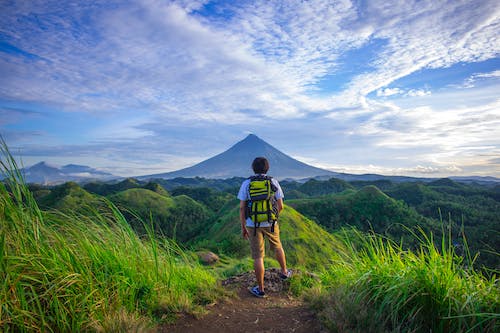 On the big stir created by his recent comments about being an elite quarterback in the same conversation as a Tom Brady:

Did he ever sense that people didn’t believe he was as fiery and self-confident as he should be:

“No, I have great confidence in myself. I expect for me to go out there and make every throw and play well each week. So I expect that of myself, and we have the teammates and the personnel to do that. So I’m very competitive, I work hard at my job, I try to be the very best that I can possibly be and study and practice that way. Some weeks you play better than others, but it’s not because of my preparation and determination.”

How he’d assess the Giants 41-13 win Sunday night over the Chicago Bears:

“I’m happy with the team’s performance. You know, I feel like we could have played better on offense. It was one of those weird games….it started with the first play of the game; we had a great first play, and then we had a 2nd and 1 and all of a sudden 3rd and 7, then we get an offsides and it’s 3rd and 12. So it was kind of one of those deals where we had a 2nd and 1 and don’t convert on that. So I thought we had some good things. We need to be a little more consistent. We need to be better in the passing game, had some throwaways, some protection stuff, we had some drops, some bad throws by me — just a combination of all those things that didn’t lead to being very efficient in the passing game. But we ran the ball well, I thought we communicated very well, better than the first week. You know, the line talking to each other, the receivers and everybody being on the same page. I thought we played well and played smart.”

On if the fact that the Giants will face the Patriots and Jets during the regular season will affect the way they approach their final two preseason games:

“I mean, you have to go out there and run your offense. Obviously once we play the Jets, they’re going to have seen 14 games that we’ve already played. So we’ve just got to go out there and try to execute, just perform well, try to just run our offense efficiently. There will probably be some things that we run the next time we see them, but there will also be new some things that we run. We’ll probably game plan a little bit more. Right now, we’re just trying to run our base plays, stuff we’ve been running in training camp to try to make sure we’re efficient, and make sure we’re doing things that we’ve repped and we’ve practiced a number of times.”

If there’s any truth to him not wanting the Giants to sign Plaxico Burress this offseason so that he could prove he could win without Plax:

“No, that’s never been a thought and that’s definitely not the case. It’s one of those deals where I felt like it wasn’t my position to go out there and lobby for another player. The ownership and Jerry Reese and everybody, that’s their responsibility. They’ve got things to worry about with the cap; I’ve got my other receivers and things to worry about. I just don’t think that’s my responsibility. I’ve never lobbied for another player.”

Whether anyone in the Giants organization asked him if he wanted Burress back in New York:

“No, not directly. It was just a little different, this whole offseason I couldn’t talk to anybody. Once everything kind of got settled, we’re right into practice at that point, and obviously I knew he came in and had some meetings; I asked around to see how those went and it was said that he had a great interview and seemed excited, seemed that he obviously had time to think about what he did and wanted to change his life and be committed to the team.”