David Wright On Injury: “I kind of got blindsided by the whole thing. This wasn’t how it was suppose to go.”

David Wright may be the nicest athlete to ever play in Gotham City. He also can’t seem to catch a break. The media has questioned his toughness and his ability to hit in the clutch and fans are beginning to wonder if Wright should really part of the Mets’ long-term plans. You feel for the kid who came up as part of the darling group of youth along with Jose Reyes for the Metropolitans.The New York Mets have yet again experienced another season with a flurry of injuries to star players such as Johan Santana, Jason Bay, Carlos Beltran and franchise prospects such as Ike Davis, Angel Pagan, Pedro Beato and Jenrry Mejia. Somehow through it all the Mets are 14-9 over their last 23 games, highlighted by a comeback win in Houston on Friday night that was kickstarted by a  two-run home run by David Wright.  David Wright was beginning to get the critics to believe and now he has suffered a stress fracture in his back, landing him on the DL for some time and potentially derailing the Mets consistent play of late. One thing is for certain: Terry Collins has a scrappy group and David Wright is proud of his team’s effort.David Wright joined ESPN Radio New York with Mike Lupica to give an update on his back injury after receiving a second opinion, being on the disabled list, having any inclination on how bad his back injury was when it first occurred, New York’s potential to be a very good team when he comes back from injury and his future with the Mets. 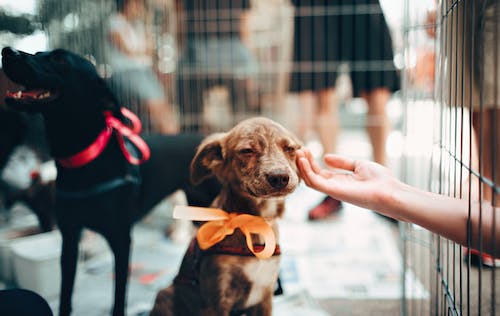 Have you gotten the second opinion? Are you going on the DL?

“The Mets sent me last night before the game for their second opinion as far as my second opinion we’re sending the test results and everything out to a back specialist out in California. He’s going to take a look at them and ultimately make the decision hopefully here soon. I think the doctor is supposed to be here and I’ll meet with the doctors and the trainers and figure out a plan moving forward.”

So there’s no official disabled listed yet?

“No not yet. I think there is a ray of hope on my mind. Hopefully this spine and back specialist will take a look and maybe there is an alternate way to do things. It probably doesn’t look good on my end as far as not going on the disabled list, but I’d say there is a glimmer of hope.”

When you made the dive you knew you had done something. Did it get worse and worse or did you know that night or the next day that something was pretty wrong with your back?

“I thought it was something muscular just because I was real, real stiff and sore for about a week after that. There was some pain, but I thought that it wasn’t something that would keep me or something that some anti-inflammatory drugs, some pain medication, couldn’t take care of. I knew there might be some issue once I started getting on the pain medications that would normally knock out something muscular and it wasn’t knocking it out and that was kind of when the training staff and the doctors really made me go get an MRI because up to that point they asked me to go do it and I told them it was getting better and I wanted to see and kind of exhaust the other possibilities. I know that when you put yourself in that machine there is a good chance that they could find something, but even up to that point I thought this would be a routine where I go get this MRI. They say you got some discomfort, your back is a little agitated,  but you can play through it. I kind of got blindsided by the whole thing when they told me I had a stress fracture. I thought to myself this wasn’t how it was supposed to go. I wasn’t expecting this walking into the hospital.”

Can the Mets be a good baseball team when you come back and Johan Santana returns from injury?

“I mean I think we have shown even with some of these injuries that we’ve had you look at [Pedro] Beato, who was arguably one of our best relievers, he was on the DL. He’s hopefully back today or somewhat soon. I think when you put us together I don’t think there’s one thing and you look at and you get kind of wowed at, but I think collectively you got a bunch of scrappy guys that love going out there and playing baseball that know how to play the game the right way. I think when you look at those kinds of teams can be very dangerous because you got guys that know how to play the game that may not wow you with real long home runs or real high batting averages, but you know you have guys that know how to play the game and know how to win and can win. I think that I’m going to try to get back as soon as possible and start playing at the level that I think I’m capable of playing. Jose Reyes is playing out of his world right now. Carlos Beltran is vintage Carlos Beltran and I think that Jason Bay is going to come around and get hot and if he does offensively I think we’ll be just fine. If our starting pitching can continue to go out there and keep us in games I really like our chances and I really like the way this team is made up.”

In your mind are you a Met forever? Do you see yourself being here for the entirety of your career?

“I’d love to. I love this city and I think it’s just as important that I consider myself a pretty loyal person and I think that it would be amazing to start here to be developed by this organization, to experience the different range of emotions that I’ve experienced here, whether you get called up as a rookie and it’s a lifelong dream to play in the big leagues and to play for a team that you grew up rooting for being 15 minutes away from our Triple-A park. You know being here through the bad and ugly times, the few good times we’ve had here. I want to be considered part of the solution and not part of that problem. I’d love to be a New York Met from start to finish and get this thing turned around in the direction that I think we are capable of going and be a part of that solution that goes out there and wins and has been here to experience kind of everything that New York has to experience.”