This past week, the NFL Scouting Combine got underway and over the weekend the quarterbacks/wide receivers/running backs had their shot at impressing NFL scouts, and there was plenty to talk about.  Amongst other stories, a debate ensued centering around how Cam Newton performed in Indianapolis.  Granted he was a little nervous throwing routes to unknown receivers, but one thing was apparent, his footwork needs to improve.  Similar to other quarterbacks coming from a spread option offense in college, Newton never routinely backpedaled and took the five or seven-step drop back most QB’s do in the pros.  The game is much quicker in the NFL and a hesitation or hitch in your footwork could be the difference between a completion or an interception.  Newton addressed the concern vowing he is going to work at becoming more consistent with his footwork until Auburn’s Pro Day on March 8th.Charles Barkley joined Dan Patrick to talk about if Cam Newton saying he would like to be an icon and an entertainer concerns him, an NBA trade deadline move that wasn’t made by a team that he believes should have been, and which NBA team in Texas is the best in his estimation. 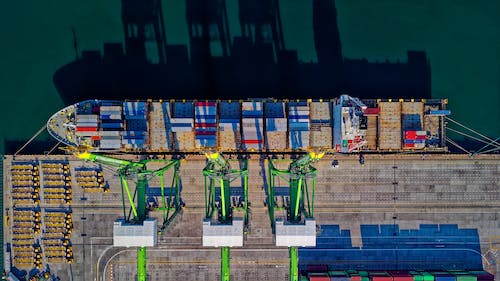 If Cam Newton saying he would like to be an icon and an entertainer concerns him:

“Well I think Cam in that situation now, I actually got a chance to meet Cam for the first time at the NBA All-Star game, he just said that situation now everything he said…  He is the guy right now that everybody wants to get on.  I told him, ‘Hey listen.  Don’t take any of this stuff personally.’  I don’t think he meant for how it came out but I told him don’t worry about everything you say.  That is just how it is now.  I said, ‘This is just a scumbag generation when it comes to the media.  Every single thing that you say…  Hey listen, the kid is a winner.  You know he was a great high school player and won a national championship in junior college, he won a national championship at Auburn.  I want to see the kid get a chance to do his thing.  If it works out great, I am pulling for him, but you can’t analyze everything that everything these kids do and say now.  I want to see this kid play.  He is a big, old boy too.”

An NBA trade deadline move that wasn’t made by a team that should have:

“Well I think the only team that really helped themselves a lot was Oklahoma City.  I like what they did.  They got the two studs that can score on anybody and they got enough big guys because…  Dan before the trade deadline I said there was four teams in the East that could win the East; Miami, Boston, Chicago, Orlando.  I have been saying for a while, I think Boston and Chicago are the two best teams in the East, I do.  If you look at the schedule Chicago has the easiest schedule coming home.  They could finish with the number one record.  In the West, before the thing started said, I think Dallas is the best team in Texas, the Lakers are playing very well, they are going to be there.  I thought Oklahoma City got in the conversation to be honest with you.”

Who the best NBA team in Texas is:

“Well, see the problem is that is one of the reasons I can’t predict a winner right now because the way it ends right now I think Dallas can beat the Spurs but I am not sure that they can beat the Lakers and right now they are scheduled to play in the second round of the playoffs.  I got Dallas and the Lakers ahead of the Spurs to be honest with you.  To be honest with you, if the season ended today I think Oklahoma City can beat the Spurs because I think the Spurs are a little overrated to be honest with you because I think they play very hard, they play very smart but I think they are missing a big guy to be honest with you.  Tim Duncan is struggling on the downside of his career but I just don’t think they don’t get enough easy baskets because their two best players are Parker and Ginobili, and I love Ginobili, but I believe in jump shooters being your go-to guy to be honest, that was my only knock on Oklahoma City.  I always tell people you don’t win with jump shots.  They have gotten better around the basket defensively but I think Dallas and the Lakers are the two best teams in the West.”

Who gets the Lakers job when Phil Jackson retires and whether Jackson would be done coaching for good:

“Well I think he has had enough because I think Phil Jackson is a lot smarter than people don’t even realize.  I think just look at the Lakers last ride, you know Kobe, who has been great, great, great.  I got him as the second greatest basketball ever, in my opinion, but I think Phil Jackson knows that Kobe has come back to the pack; Derek Fisher is getting up there in age.  He has struggled all year, Ron Artest has played bad all year and I think he knows that this is the Lakers last shot and I think he wants to go out.  Even if they win it, I think this is their last run at the title.  I think it is going to be very difficult for them to get out of the West and win this whole thing.  But I think from a smart standpoint, I think Phil knows this is the last one.”