Carl Landry has always been an undersized player in the NBA, but one that works for everything that he gets. This past week he got tied up with Matt Barnes going for a loose ball, ended up trying to save the possession, and got thrown down by Barnes on top of a Laker Girl. While the result wasn’t pretty as a he landed on top of a Laker Girl, this is the kind of play that epitomizes Landry’s game. He’s a tough player, he’s a physical player, and he won’t back down from anybody. He’s the kind of player that opposing fans love to hate, but would love on their team.Midway through last season, the Kings dealt away Kevin Martin in a trade that brought back Landry. At the time of the trade Martin was one of the Kings best players and it looked like a lopsided trade. However, with Sacramento getting Landry back, he could be just the kind of tough and rugged low post player that this team has been looking for and could end up being a very good influence on young rookie DeMarcus Cousins. Carl Landry joined KHTK in Sacramento with the Rise Guys to talk about how tough it will be for the players to adjust to the new technical foul rule, what happened between him and Matt Barnes that led to him landing on a Laker Girl, what he was thinking when he got up after that play, and also talks about how comfortable he is now in Sacramento. 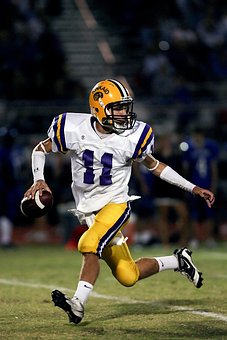 On how tough it will be to adjust to the new technical foul rules:

On him getting tossed to the ground by Barnes:

“That’s exactly what happened. I guess you can say it’s part of the game, but when I got called for a foul, it was unbelievable. I wanted to get about 10 techs. I don’t have that kind of money to throw away, but they just missed a call. It’s a part of the game. You have to be a professional about it. You get back up, and continue to play.”

On whether or not he knew he landed on a Laker Girl:

“Yeah. At that moment I didn’t know I hit a Laker Girl, I just knew I hit something. I was thinking maybe it was a table, but my reaction was to get up right away, see what happened, and why he did that. I hope she’s okay and I wish her the best. Not the Lakers, but I hope she’s okay though.”

On how comfortable he is now in this system:

“It’s been a breath of fresh air. It’s been amazing. Just to start from scratch was something that I needed. Coming in midway through the season was tough. It was a whole new offense, whole new coaching staff, and everybody I was playing with was new. It was kinda tough to adjust and gel, but starting from scratch was wonderful and I couldn’t ask for any more.”