It has been an up and down season this year for the Milwaukee Bucks. Despite looking like they are going to be less talented and out-manned every time they take the court, they have found a way to keep themselves alive in the playoff race. If you look at the starting roster for Milwaukee it doesn’t look worthy of a playoff spot, but this team is tough, plays very hard, never gives in, and is a few last second losses away from sitting in the eighth spot in the Eastern Conference playoff race. However, just about a week and a half ago, the Bucks suffered a blow to their roster. Right when it looked like they were going to have Michael Redd back after he had been in and out of the lineup at the beginning season, the silky smooth lefty tore his knee up again and his season is over. That means the Bucks had an opening on their roster. Enter Jerry Stackhouse. Despite missing almost all of last season with a foot injury, 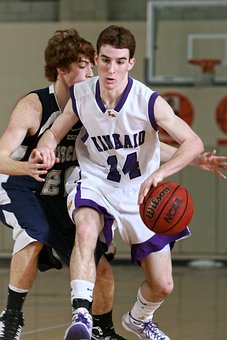 Stackhouse is back in the NBA and set to make his debut for the Bucks this week. The 14 year NBA player will bring a veteran presence to a very young team, but it remains to be seen just how much of an impact he can have. Before he got injured last season in Dallas, he was saddled at the end of the bench and wasn’t getting very much playing time at all. Not to mention, Stack is 35 years old, coming off a season where he played in just 10 games and has not played a full NBA season since he was in Detroit in. However, if Stackhouse can show some of the form that he showed in Dallas where he was averaging double figures, his addition to a young and inexperienced team could certainly help them in their push for the final spot in the Eastern Conference. Jerry Stackhouse joined ESPN Milwaukee with Homer to talk about how him ending up in Milwaukee came about, whether there were other teams that showed an interest, and what he expects his role to be in Milwaukee.

On how he came to the conclusion to go to Milwaukee:

“I was just kinda waiting for an opportunity. Once you get into the season injuries happen, teams have needs and I just felt that something would come about. Obviously I missed last year. I tore my plantar and was only able to play 10 games with Dallas. I’ve had a long time to kind of let my legs rest. I’ve been dealing with some little nags for the last two or three years so I was kind of questioning it a little bit. I have 14 in, maybe it was time to start thinking about doing something else. I think the rest and stepping back from it again kinda got me excited. I’m ready to go. Hopefully I can help this team do some things.”

On what other teams showed some interest:

“Somewhat. I had been having some little bit of dialogue with some other teams. It was like hold on with Atlanta, hearing some rumblings with the Lakers, couple different teams. But John Hammond, I was with him in Detroit, gave us a call and was like would I have some interest. I was like when you want me to come? So I came out, worked out for them and obviously they liked what they saw and here I am now.”

On what he expects his role to be:

“Scott (Skiles) kinda asked me when I talked to him what did I want. That’s the best thing that a player can hear. I just said whatever you need. I know they have a young team that they are trying to develop but I’ve seen them play a little bit and I think I can help them close some of those games.”

On what it takes for a team to win in the NBA:

“I just think its confidence. Just looking around and seeing guys that have done things, that have won big games, and taken big shots, not necessarily that I have to be the one that takes the big shots, but knowing that gives other guys confidence. I fed off guys like that when I played in Dallas and when I first got to Detroit. Joe Dumars, Grant Hill, Rick Mahorn, guys that have won championships, they gave me confidence to take big shots and hopefully my presence as well as playing and competing, this team plays extremely hard, but I think there’s another level that they can go to and hopefully I can show them that.”

What he thinks about playing with Brandon Jennings:

“I’m excited about it. I’m excited about the potential for him and the potential of playing with him. I think he’s a special talent and a rookie of the year candidate. He’s got room to grow and I think he has a great coach. (Host: What do you like about Scott?) Scott’s gonna tell him the straight up honest truth, the bitter truth and I think that’s why we had some common ground. We are both guys that are not going to B.S you.”