I own a Bill Murray poster print. I feel like you need to know that. It’s because his movies are, well, almost always awesome. And regardless of whether he’s cool now or just old, he’s still funny as hell.Witness this interview with WQYK in Tamparegarding the Outback Charity Pro-Am, where he makes jokes about wads of cash, joining tournaments, his handicap(s), and his ultimate foursome, which includes mostly attractive women. And, yes, I do get a +1 for not making any Caddyshack jokes. Unfortunately, the hosts get a -1 for not asking Bill about hitting a lady at her house. 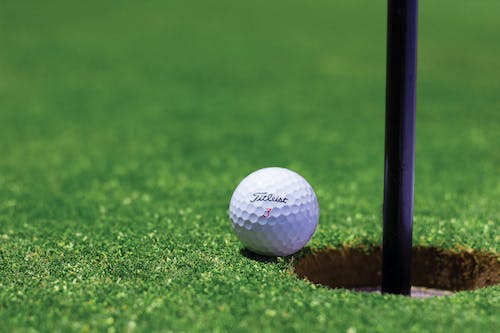 On being a late add to the tournament:

“I went and hit some wedges and I hit them good – someone told me what I was doing wrong. I played at Pebble Beach and I drove the ball really well, but I couldn’t do anything else really. I putted okay but I couldn’t do anything else. And I said I’m not going to practice with a driver again, I’m just going to hit wedges for the rest of my life. And so, this guy was watching me and he just showed me something …”

On tips for wedges:

“He just told me to do it with my hips … to throw my hips at the target. Don’t try and think down on it, up on it, sideways, whatever the hell I was doing, I don’t know. And just turn your hips and let it go and I started hitting a lot of good wedges.”

On where winning the Outback Pro-Am ranks in Bill Murray’s achievements:

“Well, it was a pretty good day as I remember. It was cold that whole time – it was 40 degrees in Florida, what the hell is the point of that? There are a lot of really irritating professional autograph guys out that and a certain point I just said, “Okay, I’ll sign it for $50” and this guy handed me for $50 and I thought, “Is that how much money he’s making for this???” And then I started demanding money for every autograph, even from little children … and I ended up with a big ball of cash at the end of the round.”

On his ultimate foursome:

“I’ve never played with Tiger, but no, not really, I think that would take me out of my game. I like pretty girls with a good golf swing. Some guy asked me that question the other day and I just like playing with girls, they’re just sort of easier. It’s not like so macho or competitive. The game is hard enough without having to compete. Like Jane Pauley, has an amazing golf swing. Amy Grant, the singer, has a really wonderful golf swing.”

“I swing it pretty good. They usually give me extra strokes, because I’m psychology handicapped.”