Hard-nosed running backs will have their hands full this offseason and for quite some time beyond that as they attempt to determine just how aggressive they can be under new NFL rules that will penalize them for leading into defensive players in the open field with the crown of their helmets. Arian Foster isn’t that kind of back, but he’s still concerned about how quickly he and his peers will be able to adapt to those changes.Arian Foster joined Stephen A. Smith and Ryan Ruocco on ESPN Radio New York to discuss the controversial new rule penalizing ball carriers for using their helmets to initiate contact. In that regard, he spoke about how hard it might be for running backs to adapt to such changes, and he also said he’d be willing to sign a waiver now stating that he wouldn’t sue the league down the road. 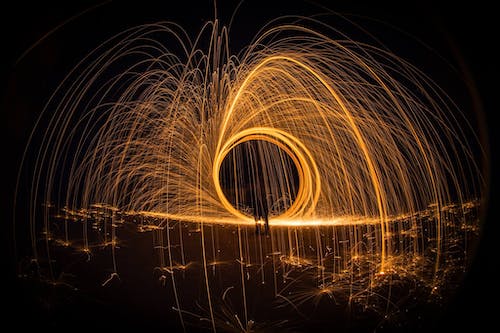 On the new rule penalizing ball carriers for using the crown of their helmets to initiate contact with defenders in the open field:

On the challenge of having to change running styles so suddenly:

“That play doesn’t come into play a lot with my running style, but you have guys like Adrian Peterson, guys that really are hard runners and try to create that contact. This is gonna affect them more than it will myself. But I find myself sometimes lowering my head and lowering my shoulders. It’s just, you’re not gonna think about the rule changes. We’ve been running like this since we were kids. … They want us to change that mentality in one offseason, it’s gonna be tough. I was never a fan of all the defensive rule changes also — where you can’t lead with your helmet or the facemask — because guys have been tackling like this for years. I was never a fan of that, and I’m definitely not a fan of this.”

On how long he thinks it’ll take for running backs to adapt to this rule:

“I would have to think a couple years. Because like I said, running styles, especially as a running back, it’s more instinctive than it is strategic. And we’ve been doing it for so long that you have to train your body to run a certain way. So after a while it just becomes second-nature. So a lot of these guys are gonna have to snap out of their second-nature reactions and think before they run into guys. … I’m not a fan of this.”

On his belief that stubbornly refusing to change your running style would be selfish:

“I think if you say, ‘I’m gonna do what I gotta do,’ I think you’re being selfish and I think you’re gonna hurt your team like that, because you could have a 20-yard run and you get a 15-yard penalty because you led with the crown of your head and that brings your team back. … And I think that’s how my coaching staff and my organization’s gonna approach it. We’re professionals and these are the rules and the guidelines we have to play under. We all signed up for this thing together and they implement new rules and rule changes all the time. This is the way we have to do it. It’s just part of the game. Rule changes are part of the game. So I’m not one to take a stance on anything if it’s gonna hurt my team. So if it’s all for the betterment of my team I’m gonna do it, but if you ask me my personal opinion about it, I think it’s weak.”

On if he’d be willing to sign a waiver now saying he wouldn’t sue the league in regard to his health in retirement: