Albert Pujols On His Contract Being a Distraction: “If they keep asking I’m going to have to put them in their place.”
by Michael Bean

Albert Pujols will play the season without a new contract, and as you’ll hear, he’s done talking about it. Try to pepper him with questions about his contract status or future once the season starts and risk being disrespected by the future Hall of Famer. His words not mine. Pujols did take time to have a lengthy chat with KFNS in St. Louis about his career, spring training, this year’s Cardinals squad, and what it is that makes him tick.Pujols joined KFNS in St. Louis to talk about Adam Wainwright needing Tommy John surgery, how the Cardinals have found ways in the past to make the playoffs when they weren’t considered to be contenders, his thoughts on the importance of having protection around him in the lineup, what Lance Berkman brings to the club on the field and in the clubhouse, how Tony LaRussa keeps his teams together and focused, bringing his son down to spring training, why he loves the never-ending grind of hard work more than anything, going from a middle-of-the-pack prospect to to one of the game’s all-time greats, how he still carries a chip on his shoulder from being doubted as a young player, and what he’ll do if he continues to be badgered by contract questions throughout the season. 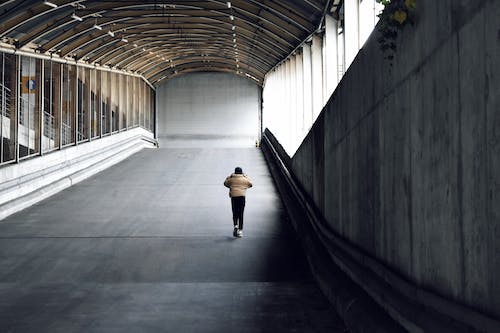 On losing Adam Wainwright for the season to Tommy John surgery:

“I actually found out on Wednesday when everybody else found out that he was going to have Tommy John surgery. Obviously it’s something that we were all disappointed with, and I’m sure Adam too. He put a lot hard work in to prepare himself to come down to spring training and get ready for opening day. Obviously a week into spring training he got hurt. It’s tough, it’s one of those things that’s going to be tough to swallow but obviously we need to go with what we have in the clubhouse and I think we still have a pretty good ball club.”

On the team’s history of finding ways to be successful when it didn’t appear like their club was that great — 2001 and 2006 in particular:

“Well obviously that’s not the way you want it. You don’t want our No. 1 guy to go down to motivate us more for what we want which is getting to the postseason. But it seems like the ball club when I’ve been here, some of the guys I remember…I think it was in 2005, Tony had probably about 50 different lineups, and in 2006 too it wasn’t until late in the season until we had everybody healthy and the same lineup. But the thing is we have so many veteran guys here and we know what we need to do to accomplish what we want. I know last year was a disappointing season for us, and we want to get back to the playoff and hopefully get back to the World Series.”

If he thinks it really matters to have protection in front and behind him in the line up:

“Well I told you guys last year — it doesn’t matter who’s in front or behind me, I’m still going to have to do my job. So I really don’t think about that. I’m just thinking about getting a good pitch to hit and hopefully getting my best swing. And it don’t matter if Matt’s ahead of me or behind me because still their other side has a program of how to pitch to me and they’re going to try to make that adjustment and going to have to do that. That doesn’t mean I’m going to get a fastball down the middle or a change up down the middle. I’m going to have to battle and sometimes that’s the way it goes.”

On how important he thinks chemistry in the clubhouse for a winning team:

“Well part of that starts with Tony. He’s really easy-going. He only asks for one thing — that you be early, be ready to play, and play the game the right way. He doesn’t ask for too much, and who doesn’t want to play for him? He’s so easy to play for, he keeps everybody relaxed and easy in the clubhouse. I think that’s very important for veteran players and young guys too.”

On if he’s able to go anywhere in St. Louis without being noticed:

“Yeah but it’s fun. Our fans back at home are great when it comes to that. When they see you with your family, they give you your space. That’s why their the best fans in baseball.”

On bringing his son down to spring training and him now being of age where he can appreciate and understand being around his dad:

“He didn’t know that we had Lance Berkman. That’s the first thing when he walked in, he was like ‘hey, I didn’t know that you guys picked up Lance Berkman.’ I was like yeah he’s going to be a part of our ball club this year. but he loves it, he loves to come around. We took him out of school for a week, a couple of weeks, and we bring him down here, and he knows that he needs to do his homework which he does every day. And then he gets to come to the ballpark and be around the guys. And some of the guys are really great to him, and he loves to be around.”

On being a guy that loves putting in the hard work every day in order to be great:

“Well that’s the main goal. That’s why we’re all here. If you’re here for the money, or to be a little famous or get in the paper, then you’re here for the wrong reason. I’m here to try to help this organization win and bring a World Series ring back to the city of St. Louis. Because I set my mind through those accomplishments, I’m able to just have a great contract seven years ago. But I remember when I signed that contract, a lot of people were like ‘oh man, that money is going to change the way he plays the game.’ I’m a big believer that money doesn’t change you. I believe it’s the people around you and you — if you decide to change and now putting money before the things you care more, that’s you, that’s your problem. But I would never change. I think no matter what kind of numbers I have in the Big Leagues, yes that was ten years ago, the last ten years have been great, but what can I do in 2011. I never feel satisfied and that’s how you get better in this game — not to worry about last year. It was a great year, but overall it wasn’t a great year for our ball club. Yes, I had a great year but we didn’t make the playoffs, so how great was it? So I think to me, it’s not what I’ve done, it’s what I can do and I’m going to concentrate on that. And if I can get better, I can help my teammates get better too and we can have a great ball club.”

Whether he thinks much about his legacy and potentially going down as one of the greatest, if not the greatest player ever:

“I don’t think about that. I don’t think about legacy. I just think about one day at a time, play baseball one day at a time, and take this great ability and talent that God has given me and go out and perform. I don’t like to think about…you know when people start comparing my numbers to Babe Ruth and Joe Dimaggio and different people, no disrespect but I don’t care about that. I care about what can I do today to help this ball club win. To legacy, I think at the end of my career I can look back and say wow, what a great career. But right now when I’m playing, I think my goal is to concentrate on the season and every game.”

On how he went from being a middle-of-the-pack prospect to such a consistently productive star:

“I don’t know. There’s so many things that happened 11 years ago when I got drafted, and there were a lot of people — draft people — believe it or not that said I wasn’t good enough to make it to the Big Leagues.  So it’s kind of having that chip on your shoulder and proving those people that they’re wrong. This is a great message for young kids right now and players in the Minor Leagues that they have that opportunity, and a lot of people tell them that they’re wrong and just throw around a bunch of negative things that they’re never going to make it.  I was one of those guys people never believed that I was going to be able to make it in the Big Leagues and make it in this profession.”

If he still has that same chip on his shoulder:

“Yes, every day man. No matter the success that you have, you still have to have that chip on your shoulder. I can sit down here and tell you guys that one thing I will never do is I will never disrespect this game. The day that I feel I’m not good enough to compete at this level, God will show me that day and that’s going to be the day that I say you know what, I’m done and it’s time to be with my family full time. So yes, you have to have that chip on your shoulder every day.”

On handling the media onslaught so well last week:

“I didn’t prepare anything.  I just come up and come early like every year, and obviously had this zoo going here and people all over the place. I think that’s the way to handle it and then you move on. And then the next day it was peaceful. There was nobody here, just a couple of the local media and a couple of people from St. Louis. You know, it’s something you have to address and just show people hey listen, this is not the end of my career here; it’s business and we just didn’t get things done, and hopefully at the end of the season we can re-talk again and get things done. It wasn’t fun obviously, but I’m glad it’s over and we can now just play baseball.”

Whether he’s worried about facing questions throughout the season about his contract status:

“Well I just think I set up my ground rules and if somebody comes up and asks me, that’s going to be the time that I believe that they’re not respecting what I said here last week or a week and a half ago. And that’s when I’m going to have to tell them ‘hey walk off or don’t ask me that question again. And if they keep asking then I’m going to have to put them in their place. And I’m not afraid to do that because if I just told you guys a week and a half ago that it’s over, there’s nothing to talk about and you’re going to try to trick me or try to bring that question to me, then I think you’re disrespecting me. I don’t agree with that so I’m going to disrespect you too.”