Aaron Rodgers on Christina Aguilera’s National Anthem Goof: “I feel kind of bad for her, but at the same time come on now?”

It was a fitting send off for the city of Dallas when Christina Aguilera somehow mixed up the lyrics of our nation’s national anthem during the pre-game festivities at Super Bowl XLV. The week leading into Super Bowl XLV in Dallas had its fair share of problems whether it was the city not being able to deal with the unusual snowy weather that came about or the fact that 400 unlucky peoplwould not be able to sit in their expensive Super Bowl seats.It was an unfortunate circumstance for Aguilera to goof up the national anthem on the sporting world’s biggest stage with millions of people watching, but I’m pretty sure none of us can really talk considering we don’t know the pressure of performing on a big stage like that. Now on the other hand Super Bowl XLV MVP Aaron Rodgers was asked his opinion of Aguilera’s performance of the national anthem during an interview with ESPN Milwaukee and he didn’t disappoint on his first hand account of one of the many everlasting memories of Super Bowl XLV.Aaron Rodgers joined 540 ESPN Milwaukee with The D-List to discuss watching Super Bowl XLV over again, noticing that Christina Aguilera messed up the U.S. National Anthem during the pregame of Super Bowl XLV, wearing his Super Bowl XLV ring, the post-game of Super Bowl XLV in terms of saying the Disney World commercial and feeling pressure after being nearly perfect in NFC Divisional Round playoff game against the Atlanta Falcons. 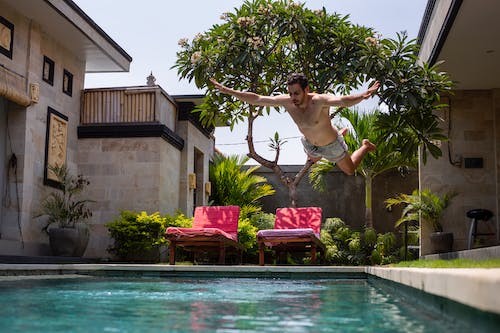 During the pregame of Super Bowl XLV did you notice that Christina Aguilera messed up the U.S. National Anthem?

“No doubt about it. No doubt about it. First of all the chick from ‘Glee’ killed the first song. She should have sang the anthem too. I knew because it was the Super Bowl…I don’t like standing in the front row because I don’t like being or having that camera right in front of my face. I know I’m on the bazillion foot jumbotron, so I’m going to stand behind some people who maybe aren’t the most TV recognizable names and see if I can blend in. So I kind of went and hid in the back. I don’t know who I was standing next to, but she [Christina Aguilera] starts singing it and in most of the stadiums they have the words up on the board, kind of up-and-above the singer, so she can tell that she screwed up or he. She screwed up and I knew it and something was off. I’m looking around going does anyone else realize this? I don’t think they had because I don’t think the people were listening, but I knew something was off, so I kind of tapped…I think it was Diyral Briggs next to me and said ‘Hey did you hear that?’ He was like what? I’m like ‘She just totally screwed it up’, so I look up at the board and see where she is at and I realized she just totally messed that up. I wonder…people have got to know she just screwed that up? I feel kind of bad for her, but at the same time come on now? I have one [story] better than that one. We walked out for the coin toss and at the Super Bowl there are these long TV timeouts, so we go out for the coin toss.

I’m one of the captains. There’s five of us. The Steelers’ guys are standing over there and we’re standing looking at each other for a good three minutes. Well over to the left about ten camera men have been trying to get in place for the best shot and two of them are fighting. They’re yelling at each other in different languages, flipping each other off and one guy is flipping him off and the other guy below him is just taking all of these pictures of him. The guy above is flipping off the little guy down below, who is kind of squeezed in to get the lowest spot. He thought it was the best picture, so the low guy is down. They started screaming at each other. He’s yelling at him. The up guy is flipping him off and the down guy just starts taking all of these pictures at him. The guy who stands up…he just started taking pictures. They’re both screaming at other and taking pictures of each other for a good minute and a half and I’m tapping A.J. [Hawk] like look at that over there! Look at those guys! It was unbelievable.”

When you get the Super Bowl XLV ring will you wear it and will it go into safe keeping?

In terms of degrees difficulty, which was more difficult to execute: Threading the needle to Greg Jennings on 3rd down or looking at the camera and saying “I’m going to Disneyland!”?

“Definitely the Disney World. That was something we had talked about the week before. They kind of talked to four or five guys on both sides that may be the MVP, so I knew if we won and I’m the MVP, I’m going to have to do this commercial. I swear I said those words probably twelve times no joke. I mean you exaggerate and say twenty times, but it felt like twenty times. It was probably twelve times where I said ‘I’m going to Disneyland!’ Because they kept coming up to me and saying ‘Oh we didn’t get good audio there. Oh we need more energy. I want to do this.’ The whole time I’m thinking to myself and Disney people are great, but I’m thinking to myself I want to celebrate with my teammates. Every 5 minutes you see a huge guy. There’s three guys. One huge guy. One guy with a camera and one guy with a sign like here’s your line… like I don’t know what the lines are? Come on now? Every time I saw the real tall guys I’m like oh crap I gotta say it again. Finally seriously after about the 8th or 9th time I go are you telling me you haven’t gotten a good line yet? They go ‘No. No. There’s audio interference and what not.’ “

Did you think after the playoff game against Atlanta that you couldn’t do much better after that near perfect performance? Did you feel more pressure?

“No not really. That was about as clean of a game that I could play. Mentally making the right decisions. Physically throwing the football as well as I wanted to. Getting out of some sacks that I was surprised I got out of. I’ve had a couple of games like that. The Giants game I really felt like the first game back from my second concussion there later in the season was a special game for me, not only because I was able to come back on the field, but play as well as I did, so I look at the Giants game in that situation as an equal performance to the Falcons game because we had to win that game and I felt I played about as well as I could have against the Giants. The Atlanta game was just one of those special nights. We had great feelings going in that we were capable of that performance. Now maybe not those numbers 31 out of 36 or whatever, but we were confident we were going to be able to move the ball against them because they did exactly what they did on film. They did exactly what they did on film. “