Zach Randolph and the Memphis Grizzlies Are At It Again

The Memphis Grizzlies pulled off the shocker of the NBA Playoffs in the first round as the eight seed took out the No. 1 seed in the West, the San Antonio Spurs. Might that have just been the beginning of what is to come?Very quickly after ending that first-round series, Memphis opened up the conference semifinals with a 114-101 dismantling of the Oklahoma City Thunder. They may be the lowest seed in the West, but the Grizzlies certainly aren’t playing like it, particularly on the block where Zach Randolph and Marc Gasol are proving lethal.Randolph scored a career playoff high 34 points and added 10 rebounds to outduel NBA superstar Kevin Durant. But Randolph probably couldn’t have done it without Gasol, his partner in crime down low who also scored 20 points and grabbed 13 boards. If they keep that up, it may not take long for the Grizzlies to win their second playoff series in franchise history.Zach Randolph joined ESPN Radio with Scott Van Pelt and Ryen Russillo to discuss the quick turnaround from the first round to the conference semis, being the leader of the Grizzlies, the toughness of the team, his recent four-year contract extension, how good it feels to not be bouncing around, what Marc Gasol does for his game and whether he’s been promised the Grizzlies will sign Gasol to an extension as well. 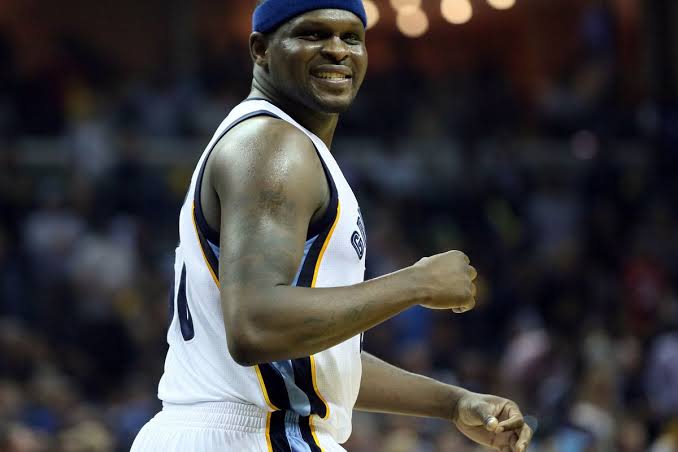 On beating the top-seeded Spurs in the first round and now opening up 1-0 against the Thunder:

“I’m feeling OK. We had a quick turnaround so guys, we had to get focused. We had to get our focus right back for this series against the Thunder.”

How did you do that?:

“We knew what we had to do. We had to come back down. We celebrated, of course, winning for the franchise, first series in history. But we understood that we had a game on Sunday no matter what and we had to get ready and prepared.”

Is he the leader of the Grizzlies?:

“Yeah. I guess I am. I’m not no type of guy to do a lot of yelling, I just try to lead by example. But we’ve got a couple leaders on this team. … We’re all leaders in our own kind of way.”

On the toughness of his team:

On his four-year contract extension:

“I’m not surprised. They didn’t want me to test the market and this is where I want to be. If I wouldn’t have signed, I would’ve been a free agent and I could’ve tested the market. But I’m happy I’m here in Memphis. They’re great; it’s great being here with the young guys. They’ve got a lot of talent and they work hard and they want to win. It just worked out perfect for me.”

Is this, then, the best it’s ever been for him after jumping around from spot to spot?:

“Oh yeah, it’s been great. It’s all about winning. … That’s what we’re doing and if you can win, there’s nothing better than winning.”

What does having Marc Gasol as a teammate do for his game?:

“Opens up. They can’t put a lot of focus on me because you’ve got Marc on the other block. We play so well together and we share the ball. We pass the ball well. Me and him playing together is great, it’s a great combination.”

When he signed the extension, did Memphis promise they’d keep Marc Gasol around too?:

“No they didn’t promise me that but I think that’s what I had talked to them earlier in the year and they think they want to keep me and Marc around also. I don’t see why they wouldn’t keep him around. He’s one of the top five centers in the league and he’s only 26 years old. I’m pretty sure he’s going to be here. … I’m definitely 99 percent sure we’re going to keep Marc. I would be highly upset if we didn’t.”