Back in early July, Zach Parise was living a dream. He signed a 13-year, $98 million dollar deal with Minnesota and made a return home after spending seven seasons with the New Jersey Devils. Right now the left winger has been grounded at home while the NHL lockout continues to go on. Parise admits that he is truly optimistic about the lockout coming to an end. Let’s hope he’s onto something here. Zach Parise joined KFAN in Minneapolis with Paul Allen to discuss being optimistic that there will be an NHL season, the reaction he’s gotten from Devils fans since leaving New Jersey, what he’s heard from the NHL labor negotiations, the possibility of still getting the whole season in and the lockout ending before December. 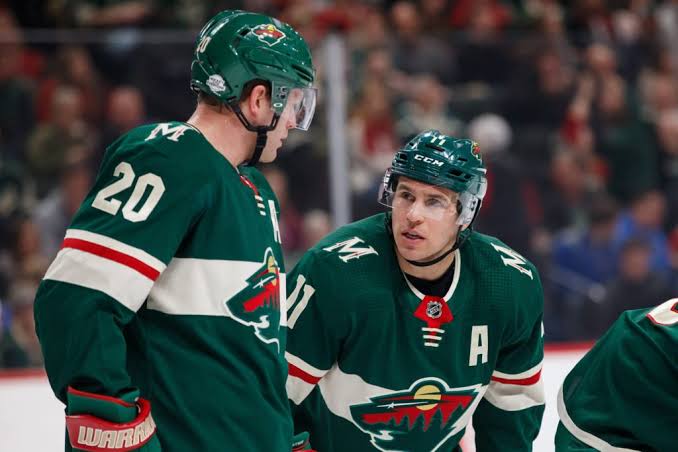 Why bother working out if the lockout may end the season all together?

“I’m still optimistic. I think that something will be done soon hopefully, so we are going to keep going and planning on it.”

What kind of reaction did you get from New Jersey after leaving the Devils in free agency?

“Luckily I don’t tweet or have Facebook. Not a lot of people, unless you have my phone number, have access to me. I talked to a couple of guys who used to play on the team and they just said, ‘Make your decision and don’t read the paper; don’t pay attention and make your decision and move forward.’ That’s what I did and I’m sure there are plenty of people who have bad things to say and that’s fine. Everything went well when I was there and unfortunately it didn’t work out and so started new here.”

How close are you with the NHL labor negotiations?

“Well there’s something about a lot of staring down and posturing, but we’ve been really informed. Every time there is a meeting or phone call, Don [Fehr] will give us a call or send us an e-mail or a note of what’s been talked about or where we are at — as much as you can without without physically being at the meetings. They are doing a great job of letting us know how things are going and, like I said, I still feel that … in my eyes, things seem to be getting closer and closer. It’s just a matter of how we are going to get to that final spot and that’s, like I said, we are too close for that not to happen.”

Would you say it could be done by tomorrow in order to get the full season back in play?

“Well I think that’s what they came up with. I don’t how much truth there is to that, whether it could be two weeks later. I’m not sure, but I know that’s what they initially came out with. Who knows maybe those four will be locked in a room all day today and someone says, ‘You are not coming out until we get this thing done.’ Hopefully we can still squeeze in, whenever it starts, the whole season.”

Do you think the NHL lockout will end soon or before December?

“No one wants to lose that [NHL Winter Classic]. No one wants to lose any games. That’s the unfortunate thing. As much as the fans are dying to get out to the games, we are dying twice as much to get out and play. It’s a hard thing. For me, I have been optimistic throughout this whole thing and I still believe that there is a deal there and I believe one will get done.”