Most people didn’t even know he was still in the league.  Just in case you didn’t, he plays for the Philadelphia 76ers.  The Sixers are his eighth team and he played all of 189 minutes during the regular season.  None more important than the 11 minutes he played in game 1 of the Sixers 100-98 win on the road over the Orlando Magic.The Sixers were down 16 points when Marshall came into the game with 11 minutes left in the fourth quarter and they ended up winning by two.  He truly was the difference in the game scoring 11 points and making 3 three-pointers.  He always could shoot (as evidenced by his NBA record 12 threes in one game) and just his presence on the court spaced the offense much better for the Sixers and allowed them to get some offensive rebounds as well.  It will be interesting to see how much he plays in game two.  Maybe he’ll become the next Robert Horry.Donyell Marshall joined ESPN Radio Philadelphia to discuss his performance and the Sixers game one win. 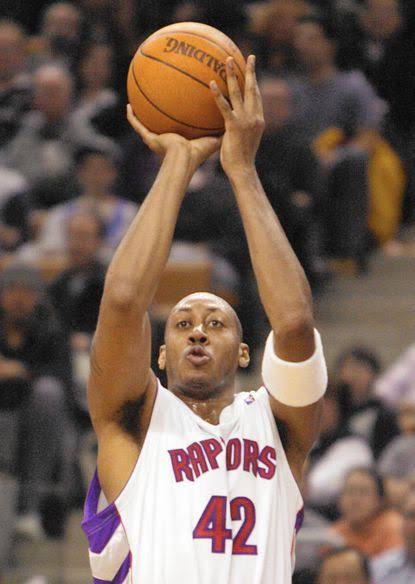 On what it’s like to be a scorer off the bench for the 76ers:

“This is the first year I’ve actually been through a situation like this. At the beginning of the season, talking to Tony and Ed, they told me that this was going to be my role and that there would be times I wouldn’t play for 8-9-10 games in a row and then I would have to come in and be ready. I work out in the morning before the game, and every day before practice just to stay in shape. It’s kinda hard, because when you’re not playing basketball — you know, basketball-shape and staying in shape are two different things — but I’ve been doing this at the NBA level for 15 years and it’s easy. When I come into the game, usually we’re down so I know my job is to come in and just shoot. A lot of times it’s either you come in and you’re the hero or if you end up losing you were down already anyway so I’m able to come in really with no conscience and just shoot and hopefully don’t let my man score.”

On his well-defined role with Philadelphia:

“I was brought into Cleveland to make 3′s and I think that helped us get to the championship and I was brought here to do the same. It’s something that I continue to work on and I knew that’s what I was brought in here for so that’s something I know I gotta work on. When I get called into the game, as soon as I work past Tony, the first thing he says is “when you’re open, shoot it.” He always gives me a boost of confidence.”

Kobe Bryant Says That He Bonded With Dr. Jerry Buss Over Their Drive To Be Successful

Mike Quade on Theo Epstein: “He’s putting a group of people together that he is near and dear to that he believes in.”

Philip Rivers On Carson Palmer In The Afc West: “it’s Going To Be As If Someone Called Him For A Pickup Game.”