With Two Shocking Endings, Butler is Back on the Road to the Final Four

You would have thought I would have learned my lesson last year, but I truly did not think that the Butler Bulldogs would be alive again after the first weekend of the NCAA tournament. Yet, thanks to two dramatic victories, the Bulldogs have earned another trip to the Sweet Sixteen as they try to duplicate the magical run to the title game in.How they got here was quite incredible. First, they escaped the 8/9 game against Old Dominion when Matt Howard tipped the ball in following a frenzied final few seconds near the Butler rim. Then, against No seeded Pittsburgh, the Bulldogs got more of the same. First, they fouled the Panthers with just over one second remaining, allowing Pitt to tie the game at the free-throw line. However, the Panthers missed the second free throw and fouled Howard on the rebound, who made a free throw to win the game.Perhaps the victories came in surprising fashion, but the Bulldogs are quickly proving that advancing in the Big Dance is no fluke and we should not be surprised that they’ll be playing in the second weekend. Next, they get Wisconsin for a chance to advance to the Elite Eight.Brad Stevens joined The Fan in Indianapolis with Grady and Big Joe to discuss the final seconds of the Pitt victory, why the Bulldogs have been so good in late-game situations, what spurned their 11-game winning streak, what it’s like to coach at this point in the season, if we’ve gotten to the point where we can’t call Butler runs magical anymore and the matchup with Wisconsin. 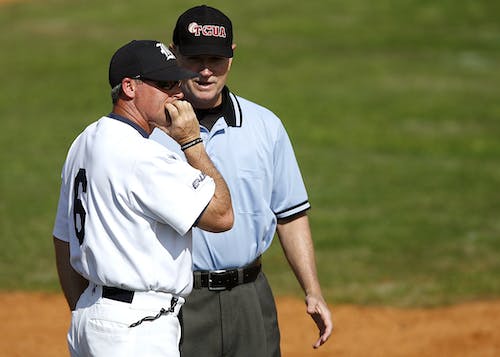 What he’s telling the team after it fouled Pitt in the final seconds, giving the Panthers a chance to take the lead:

“The first thing that’s going through my mind is I hope we have more than 0.9 seconds left and they change it to 1.4. Then, we’ve got a lineup in that we’ll run a bunch of cutters on the other end of the floor and try to throw a baseball pass and see what we can get. I’m trying my best  and it’s not always easy because you’re competitive and in the moment  to take emotion out of it.”

Why are the Bulldogs so successful in close games?:

“I think we play til the final horn. I think we’ve got guys that believe in one another and that extends throughout our entire team and staff. We’re all on one page. And then, certainly, there is an element of fortune and luck that’s involved.”

What has been the difference for the team during the 11-game winning streak:

“One of the great problems with the way the scrutiny during the season goes is sometimes you can play relatively well in certain areas and lose because you get beat on a given night. … We never mentioned the Youngstown loss again. We mentioned what we did well and tried to build on it.”

“One thing that I learned last year after this run is you’re straight going on adrenaline at this time of year and you do have to prioritize some rest. It’s a draining, draining season as it is if it ends in the conference tournament.”

Are we at the point where a Butler run is no longer magical or a Cinderella story?:

His thoughts on the Sweet Sixteen matchup with Wisconsin:

“I don’t know if [Shelvin Mack and Jordan Taylor] will guard each other or not, but they’re certainly two of the better guards in the Midwest and in the country. Both have played really well. And then you look down, as well, at [Jon] Leuer and [Matt] Howard and you’re looking at guys who have also established themselves as some of the best forwards in the country.  This team is really unique in their skill level. I think they’re the No. 1-rated offense in the country and their defense isoutstanding, too. Bo Ryan has himself … a legitimate Final Four, national championship contender.”