Even though he was a fixture in professional basketball in Europe for almost ten years, was once drafted two spots in front of Ron Artest in the NBA Draft and won a silver medal in the Olympics, Frederic Weis is only really known for one thing (see below…how weird is it to see Vince Carter with hair). Just months after taking the NBA by storm with a transcendent dunk contest that may never be equaled (though his current teammate Dwight Howard has come close and may have got there if he had been able to dunk on a 12′ hoop), Carter propelled himself over the 7′2″ Weis to throw down a vicious dunk now tabbed as “Le Dunk de le Mort“ or “The Dunk of Death.” 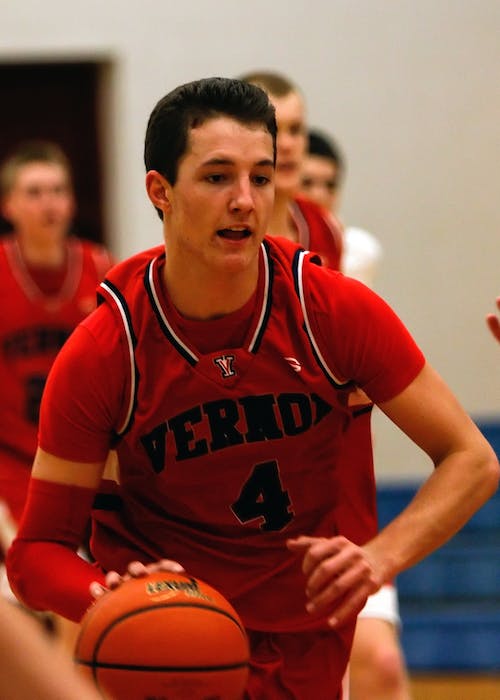 Carter has gone on to do a few things since that moment, making seven All-Star games, developing an all-around game with a perimeter shot and defensive focus and now playing an important role in the Orlando Magic’s run at an NBA Championship. PredictionMachine.com, which accurately predicted the outcomes of all eight First Round Playoff series, still thinks the Magic have the best chance of taking home the title, giving the team a 27.6% chance (Cleveland at 25.1% and Los Angeles at 17.0% are next).Of course, the Magic swept the Bobcats, while their second round opponent went seven games, so the team has had plenty of time on its hands. During his time off, Vince Carter joined the Petros and Money Show on FoxSports Radio to talk about playoff basketball, Dwight Howard, dunking on Frederic Weis, and his defense.

On the difference between the regular season schedule and Playoffs:

“You get the days in between. You don’t have to worry about back-to-backs. But it still seems like you are going, going, going at the same time. It’s hard. Your mental focus is what’s tested. Guys have found a way to work through bumps, bruises and injuries to make it happen. You are usually tested mentally and sometimes guys can’t handle it. When you put a team away 4-0, it kind of helps.”

On Dwight Howard’s foul trouble in the First Round:

“I will say this, it’s really hard for any of us to really imagine what he’s had to go through throughout his career. Shaq as well, they are so big and so powerful. What may look like a foul sometimes, may not be a foul, which is frustrating for him. Maybe he’s not fouling, but they feel like he is. It’s always a gray area there. The analogy is that, let’s say you are going out there playing with some kids and you are going to post up and you bump a kid and he falls. You really didn’t hit him that hard, but they call a foul. It’s not fair that you are bigger than everyone else, but it’s just the way it is. It’s hard. Anybody else’s emotions, they would go crazy as well. He’s done a very good job of not really going above and beyond with his emotions. He’s going to be emotional. He’s going to argue a call just because… I think we’re all on the same page. We know that keeping him at bay and calm and cool is important.”

On his dunk over Frederic Weis:

“That was probably one of the proudest moments of my life when I did that. It’s something that you just can’t duplicate. I tell you once it happened, like a month after the Olympics, having a conversation with my buddies, I tried to jump over a guy who is 6′5″. Now Frederic Weis is 7′1″, or something like that – who’s counting? He’ might of been 7′2″, but whatever. My buddy is 6′5″. I tried to jump over him. I almost hurt him and myself at the same time. So the moon and stars must have been aligned correctly at the same time for me to do that. But, hey, whatever.”

And on if he doesn’t think he gets enough credit for his defense:

“It’s never fair, but I’m OK with it. I just play my game. I love the game. I’m getting an opportunity to play for a championship, so all that other stuff really doesn’t bother me. It’s always a challenge. When you are playing against the Kobes and LeBrons and other superstars of the league and you fare well, it’s always a confidence builder.”
Listen to Vince Carter on FoxSports Radio with Petros and Money.