With That Out Of The Way, Donovan McNabb And The Redskins Can Get Back To Normal Business

I’m not necessarily a Donovan McNabb fan, a Washington Redskins fan, or one who cares too much about what transpires in the NFC. But I’m a huge NFL fan nonetheless and was still thrilled to see McNabb and the ‘Skins emerge victorious this past Sunday when they traveled to Philadelphia to take on the Eagles in what was McNabb’s first game against his former team. Without sounding too cynical, I have to say it’s a bit absurd that McNabb was showered with so much praise and adulation for his accomplishments on Sunday. Peter King in his weekly Monday Morning Quarterback column, gave No. 5 his Player of the Week Award even though McNabb finished just 8-of-19 for 125 yards, 1 TD, and 1 INT. Then again, when you consider just how erratically McNabb was treated by the Eagles organization and its fan-base, it’s undeniably admirable and impressive  that he never once acted petulant or lashed out at the Eagles in the build up to, or after the game. 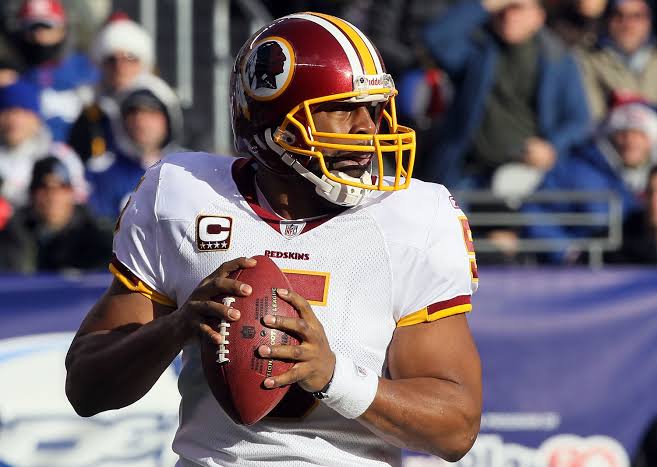 McNabb joined ESPN Radio DC to talk all about this experience of playing against the team that drafted him, how he really tried to treat as just ‘another game’ because of how badly the Redskins needed a win, how he nevertheless used it as internal motivation, his friend Charles Barkley’s show of support, what it mean to be cheered by the Eagles’ fans in attendance, and of course, the actual game as well as what lies ahead in the upcoming weeks for Washington.

On if it really was ‘just another game’ now that it’s out of the way:

“Well, you know what, it was. There were a lot of different factors that played into that and that’s the way that I tried to approach it. One main factor was the fact that we needed to win this game. The previous weeks of being up by 17 and then losing, and then going down to St. Louis and not being able to seal the deal after going up 16-14 or something to that effect; and offensively having an opportunity to put more on the board, and as a team not being able to seal the deal. This was an opportunity for us to go 2-0 in the division against obviously a rival, and one that obviously I wanted. But that was the main part of what I was focused on, not so much of trying to have revenge, or going back home and things of that nature. I think that was just kind of happy-hoopla that was built up throughout the week.”

On if he was internally motivated for this one, even if he was wise to not show it publicly to the media or allow it to be distracting to what his team was trying to accomplish:

“Well, you use anything to kind of add to that fire. For this team, obviously like I said, we had that juice going already of being motivated to win because of the two previous games that we played. But this put us back at .500 and a perfect opportunity to try to feed off what we did last week and clean some things up and get up against a tough Green Bay team.”

On what the warm reception by Eagles’ fans meant to him:

“Overwhelming. Overwhelming. You see so many players go back to their given places where they had drafted and had spent so many years, that you…not to put myself in that category, I’m just mentioning names like Joe Montana, Jerry Rice; in basketball, Michael Jordan, even Charles Barkley when he went back to Philadelphia. You know, just guys like that. And to be a part of that is one that you’ll never forget.”

On if he spoke to any guys like MJ or Barkley in the days or weeks leading up to his return to Philly:

“Charles and I went to dinner on Saturday. Charles, Rasheed and I. Rasheed Wallace. We went to dinner Saturday. I’ve known Mike for awhile – Michael Jordan – but I haven’t talked to him in awhile. But you know, you talk to guys that play with their given teams, have had so much success, and have brought wins and excitement to the city. When you go back, obviously Philadelphia is a lot different than other places, but they had a great run, they enjoyed it, a business decision was made, they’re going a different direction and I’m here in Washington.”

On when he tapped his chest during the game as a gesture of appreciation to the fans in Philadelphia that cheered for him:

“Well you know what, one that they’ve obviously seen for yours. I’ve always tapped my chest twice for my grandmother and grandfather who passed early in my collegiate career. And then I just held up the five, and that’s one that they’ve seen coming out of the tunnel for so long. And that was my sign of appreciation and saying thank you. Because you know, they started it earlier before, and then really everyone in the stands when we came out for warmups, and then came out for introductions. If you really look at the way we came out during introductions, we came out together. And the guys just continued to focus on that, and they mentioned hey, we’re not going to let you go out and do this by yourself, so we’re going to go out there together, we’re in this together, and we have your back. Then we all went out. That just shows what kind of team that we have in this locker room. Some guys like to get all the glory and praise, but you’re talking about a team that will do whatever it takes in order for their brother to come out on top.”

On if Charles wore his jersey to dinner (Chuck Wagon was wearing it at the game):

“No, he didn’t wear it to dinner. Charles is pretty hilarious. We went to Capitol Grille, one of my favorite places in Philadelphia and we sat down there and that’s all he talked about. He and Rasheed both wore my jersey, and he dared everybody to touch him or say something to him with that jersey on. But Charles has started that out ever since July and the deal went down and training camp started, he got on the radio here in Philly and said expect to see me in my No. 5 Washington Redskins jersey and I dare anybody to say something or touch me while I’m at the game. But you know, Charles is a great friend. We live in Arizona together and hang out a lot, so he’s a good friend of mine.”

On which other teammates he had a chance to speak to before, during and after the game:

“I’ve talked to a lot of my teammates on the field as well as after the game and via text during the week.”

On if he thought the Redskins did a better job executing in the red zone, an area of the game McNabb had mentioned as being important:

On the tough stretch of games that the Redskins are currently in – Philly last week, followed by Green Bay and then Indy:

“It’s not, but that’s the game of football. You’ve got to be ready to go each week playing against tough opponents. Obviously Indy last week playing against Jacksonville – they both know each other and Jacksonville coming out on top. So they’re going to come out a little bit angry against whoever they play next week…or this week I should say. So we just have to focus on Green Bay this particular week and do our jobs.”