It didn’t take Bruce Weber long to find a new home. In fact, it sounds like he had his pick of the litter. The Illinois coach was fired immediately after his team bowed out of the Big Ten tournament last month, but he says calls starting heating up about new gigs last week and quickly matriculated into him taking over as the head coach at Kansas State. It’s not hard to see why teams would immediately want to go after Weber despite the fact that he was let go. He won nearly twice as many games at Illinois as he lost, posting seven 20-win seasons in nine years. He also had won just two NCAA tournament games since and had missed out on three tournaments in the past five years, trends he hopes to change now that he’s with the Wildcats. Bruce Weber joined 1070 The Fan in Indianapolis with Dan Dakich to discuss how he wound up at Kansas State, why he chose to go there with other offers on the table, his excitement level about the job and the outreach he’s received since being fired from Illinois. 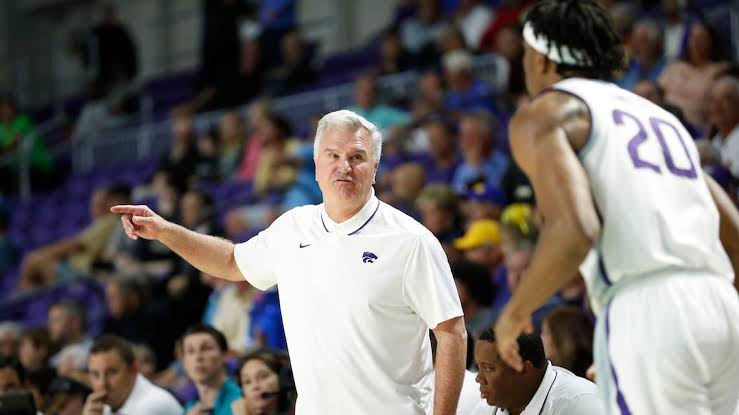 How did it come about that you became the coach at Kansas State?:

“To be honest, it was a little bit crazy. Last Tuesday I started getting a couple feeler calls. … Then it got a little more intense Tuesday night and somebody said, ‘Can you get to Chicago and meet with the AD Wednesday?’ Did that, then went to New Orleans on Thursday. … I think I interviewed at four different schools last week, in the mix. I had three offers at least, and maybe a fourth one. Then it got a little bit hot and heavy on Friday with the Kansas State people and they flew the president in and about at night they offered me the job.”

What made Kansas State stand out with other offers out there?:

“One, I’m Midwest roots. I grew up in Wisconsin and been at Southern Illinois, at Purdue, at Illinois. I feel it’s comfortable. I bring the same values and beliefs. You have great people here. Coach [Gene] Keady, this is his alma mater. He was one that was very instrumental in kind of pushing me to this job. Once we got here, it’s just good people here — good, wholesome people. And they’ve had great tradition. … Some of the great names in college basketball, great tradition and they’ve got a good group back.”

“I’m excited. Got here, got to meet all the players. It’s a good group, got a couple of really good players, too. The big thing now is the transition. … You come in as the coach and you’ve got to gain some trust. I still remember the first day [at Illinois] for some reason Deron Williams latched on to me and that was the key to our instant success there.

On the reaction from Illinois fans since he was fired:

“The outreach has been unbelievable, to be honest. I ran to the dry cleaners this morning and the lady that works there came from behind the counter and started crying. It’s just been unbelievable — thousands of emails that we’ve received, cards, people I don’t know, cards at my house. … Even with this K-State thing, I’ve got people in my neighborhood, they’ve put up signs with ‘Go K-State’ and stuff. It’s been good. I had a great run there. It was tremendous.”