The only thing standing in between the Wisconsin Badgers and another Big Ten football championship, many said, was a quarterback. With Scott Tolzien gone after leading the Badgers to a Rose Bowl appearance last year, they were without an established quarterback through spring camp. That all changed this week when coach Bret Bielema landed former North Carolina State coach Russell Wilson.Many of you will remember Wilson from North Carolina State as he quickly established himself as a starter there, then graduated in three years and opted to try his hand at baseball after being drafted by the Colorado Rockies. He’s ready to hang up those spikes and return to football and chose the Badgers in what was a high-profile recruiting competition. Wilson can play right away, but has just one season of eligibility.Bielema says the quarterback position will be a competition, but it’s pretty easy to see the writing on the wall. And now many Badgers fans — believe me, as a Wisconsin grad I know a few — are already beginning to save up for another trip to the Rose Bowl.Bret Bielema joined The Big 1070 in Madison with The Mike Heller Show to discuss landing Wilson, the uniqueness of the situation, how critical it was for Wilson to get out of baseball before August, if he’s ever had a high-profile recruit come in for just one season, what Wilson can provide at quarterback and if this changes the Badgers’ goals. 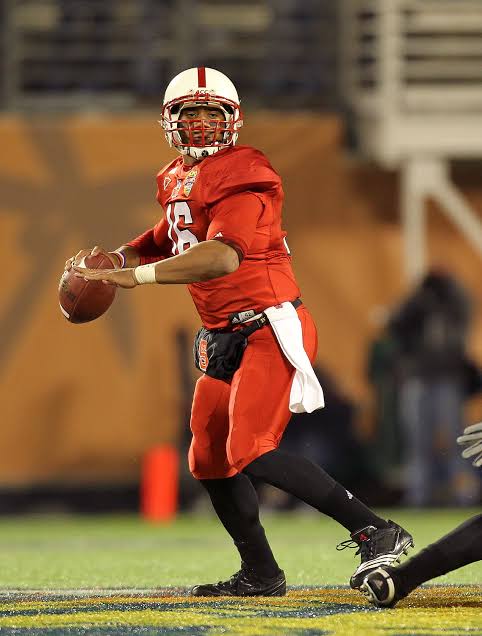 How unique was this recruiting process?:

“Very unique. The first thing that happens in a situation like this is you get an email or a fax on your desk that says this person has extended a desire to speak to you in the possibility of transferring to your school. When I got Russell’s, I was like, ‘OK, I know this name,’ but didn’t know what the exact situation was so I did a little recon on the internet, just looking up what his storyline was leaving NC State, looked up the professional baseball team he was with in Asheville and then I reached out to some people I knew close to NC State. … It was interesting because really unlike any other kid that you’re recruiting he’s truly in a unique situation. He’s a three-year grad, he’s playing professional sports, you’re in a time of year when it’s illegal to contact and evaluate prospects off campus. I actually put forward special legislation and went all the way to the NCAA review panel that got denied, but I was trying to get a way to go see his mom or have the possibility to see him play a baseball game. We were denied on both aspects.”

How critical was it that he step away from baseball right away and not in August?:

“It’s fun because, as you know, you’re trying to develop a relationship with a kid, but you don’t want to upset him. … It’s not like we could say, ‘You need to move here by this date, you need to do this by this date.’ … The thing I loved about Russell is he, pretty early on in the process, said, ‘Coach, if I make the decision to play football, I need to come there in July to work with my teammates and the playbook.’”

Have you been a part of a process before, where a high-profile player comes in just for one season?:

“Never. It’s a very unique situation. I think what you’ll find is Russell Wilson is a very unique individual. I wouldn’t have put ourselves, as a program, in this position, or pursued this, unless I felt very comfortable about the type of person I was bringing in.”

What do you need from your quarterback position and what can Wilson provide?:

“It’s what he is. He’s been able to establish over a period of time as a pretty reliable starter. One of the greatest stats I saw when I began to read up with him is he has the longest record in college football of passes thrown without an interception. … That’s a pretty big stat. I think we’re going to let him come in here, we’ll get a chance to evaluate what he can do during fall camp … as well as [our other guys] and figure out who the best man for the job is to move forward.”

Do the goals change now with Russell Wilson coming in?:

“No. We’re kind of a program that has been established as being consistent. The only way you can be that over a period of time is to stay true to who you are. It’s not going to change anything we’ve done. … My practice plan didn’t change from two weeks ago to today just because Russell is coming.”