Will Tom Cable Pull the Plug on Jason Campbell After Just One and a Half Quarters?

This offseason, the Raiders finally decided that they had seen enough of the JaMarcus Russell experiment and decided to part ways with the former first overall pick. This move was supposed to make the QB position in Oakland better. Not so much. Despite trading for Jason Campbell, the former Redskins first rounder has been awful in the first game and a half and was so bad this past weekend against St. Louis that he was benched in favor of Bruce Gradkowski.Bruce Gradkowski got his opportunity once again for the Raiders and he took advantage of it. Even though he wasn’t great in the win, He led the Raiders to their first win of the year and now Tom Cable is left with a decision that nobody really expected when the Raiders traded for Jason Campbell. Whether he should start Campbell or Gradkowski this Sunday and beyond.Bruce Gradkowski joined Into the Night with Tony Bruno to talk about whether or not he thinks he will start this weekend, if he thinks the fans influenced Tom Cable’s decision this weekend, what his favorite nickname is, when he would like to know about starting, and whether or not he thinks he has been given a fair shot to be a starter in Oakland. 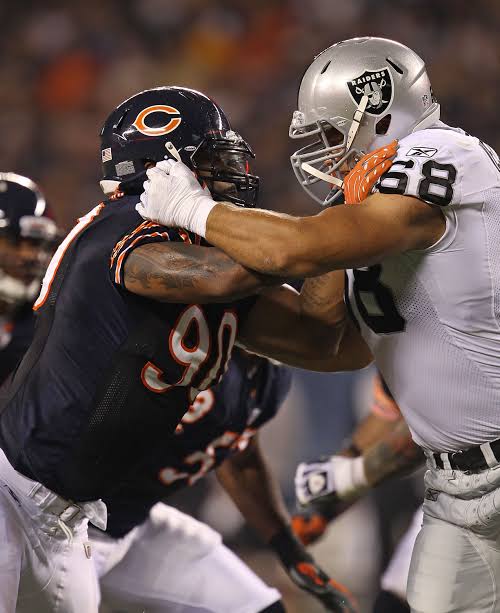 On whether or not he thinks he will start this weekend:

“You never know. I just have to be prepared and keep working like I’ve been. If my number gets called again, I’ll just come in there and try and do what I did the other night. The fans are awesome. The way that stadium was rocking the other day was unbelievable and I love those fans more than they even know.”

On whether or not he thinks the fans might’ve influenced Tom Cable’s decision:

“I don’t know if they influenced coach or not, but I think they just wanted to see what I could do and if I could give us a spark. I was very fortunate that we played well in the second half. Our guys were playing well. The young guys, Darrius (Heyward-Bey) and Louis (Murphy) had a great game and along with Darren McFadden, he played tough. Our offensive line was playing tough like they always do. It was a really good effort on all parts of the offense and our whole team. Our defense, some of the hits they made in the second half were unbelievable.”

On what his favorite nickname is:

“Yeah. I really don’t care. I like hearing them all. I like that Bruce Almighty, that’s pretty sweet. Anything they say, that’s cool with me. I just go with the flow. It was definitely exciting hearing the fans chant my name and it was a good day and hopefully more to come.”

On when he thinks he will know about starting:

“Yeah. You probably should know by Wednesday. Jason is a good quarterback. We have a good quarterback room, we’re in this together, we all have the same goal and that’s to win and win a championship this year. It’s going to be tough but we need to focus and do whatever it takes to do that.”

On whether he thinks he has been given a fair shot to start in Oakland:

“Yeah I’d like to think that. You always want to compete and do the best you can to be the starter. It was very unfortunate the injuries I had over this past offseason. I can’t control that. It was hard for me to really compete for the starting job when I wasn’t out there. We acquired Jason, he’s a good quarterback and we just have to get things rolling and get on the right track this year.”