Will Ndamukong Suh Go to the Rams at #1?

Remember Ndamukong Suh? Suh had a tremendous career, but a dominant performance in a Big 12 Championship game that his Nebraska Cornhuskers almost (and should have –  says the Cincinnati alum) won put him on the national radar as a Heisman Finalist and future first overall draft choice for the NFL. Even going into the NFL Scouting Combine – where Suh performed well – he was a lock for the top pick. But, as the NFL Draft nears, talk of quarterbacks, most notably Sam Bradford, has replaced conversation of defensive tackles like Suh and Gerald McCoy.Suh doesn’t seem to mind because he only knows what the media is speculating and not what the St. Louis Rams are thinking with the first pick. And instead of waiting to hear about his future, Suh has continued on with his life as usual – or at least what usual means for Suh. Of course he is working out incessantly, but Suh also just graduated with an engineering degree. And on this day, he could even be found attending an engineering conference in San Francisco. That’s pretty usual for the 6′4″, 307 lb 23 year-old who will be a millionaire in a couple months.Ndamukong Suh joined the Fast Lane on ESPN 101 in St. Louis to talk about the St. Louis Rams, what he is hearing, the off-season, who he watches in the NFL, the health of his knee, and attending an engineering conference. 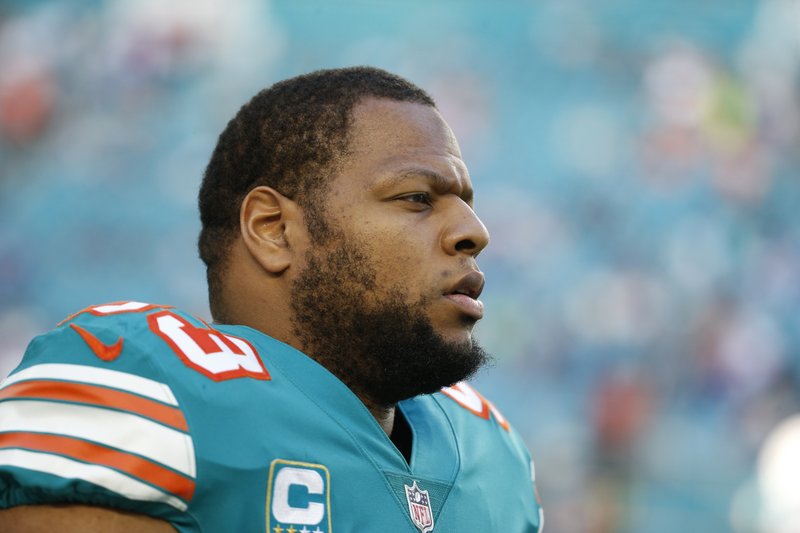 On if the Rams have stayed in touch with him:

“Yeah I have. More or less in touch with my agents and I’m actually getting ready to head out there, here this upcoming week. I’m looking forward to the opportunity to know those coaches a little more.”

On what he is hearing:

“I am hearing the same exact thing you guys are hearing – absolutely nothing. I’m actually waiting to hear some news soon. It’s kind of the game of hurry up and wait and get to your visits and do your team workouts and so forth and just enjoy the process, which is what I’m really doing.”

On his feelings on the off-season thus far:

“It is what it is. Sam Bradford obviously had good workouts with him coming back from shoulder surgery these last weeks and months. I am very happy for him for that. I’m just doing my part. You never know. It’s really media that paints a picture. We don’t know what St. Louis wants to do or what they are going to do. We have to wait until they make an official word on that. In my eyes, I still have a shot at going number one and if not, that means that they needed to go in a different direction, which I respect.”

On who he sees himself as in the NFL:

“I kind of see myself as my own person, but a guy that’s always willing and always learning from other great players. I watch Jared Allen and I watch Warren Sapp from back in the day. I try to take tips and bits from people’s games and try to implement them with myself. I don’t like to be somebody who implements someone exactly. I want to be that player that has a unique taste that kinds of has that a collection or a collage of different styles and being able to adapt to any system that I need to be adjusted to, so that’s where I fit my game.”

On the health of his knee:

“My knee is perfectly fine. I had surgery two years ago in the Spring of ‘08. I’ve yet to have a problem with it – thank God.”

And on calling from an engineering conference:

“I just graduated from engineering college, so I had a meeting here. I got great parents. I’ve definitely been blessed. My mom’s a teacher and my dad’s a mechanical engineer. I definitely have athletic abilities from them and got God given talent, but also the smarts. They push me in the classroom, probably more in the classroom than they do on the field.”