What (Dontrelle) Willis Is Talking About…
by Paul Bessire

No matter what he does now with the Arizona Diamondbacks, Dontrelle Willis will likely always be remembered for the Hide0 Nomo-esque hype he generated when his high leg kick and explosive delivery helped to earn him the National League Rookie of the Year award in 2003. Willis went 14-6 that season with a 3.30 ERA and 142 strikeouts in 160.2 innings that year for the World Series Champion Florida Marlins. Two years later, Willis went 22-10 with a 2.63 ERA and finished second in the NL Cy Young balloting to Chris Carpenter. 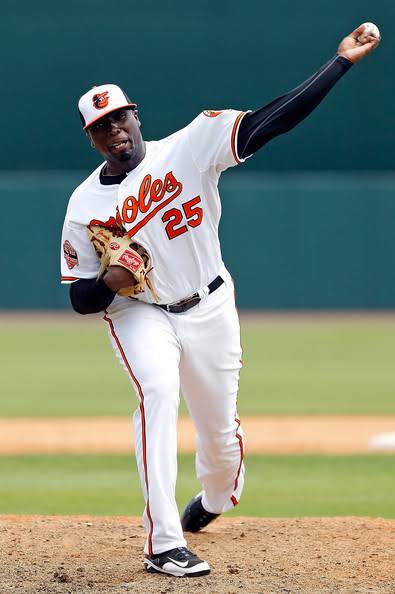 Two years after that, he allowed the most earned runs of any NL pitcher and was shipped to Detroit with long-time teammate Miguel Cabrera. Injuries marred his stint with the Tigers which lead to another trade. Last week, Willis was sent to the Arizona Diamondbacks in exchange for Billy Buckner. At just 28 and feeling in decent shape, Willis clearly hopes to return to his first start for the D-Backs on Saturday, Willis allowed no runs in six innings. He did walk four and scatter five hits, but he got the the win over Colorado, the team’s first win by a starting pitcher since May 22nd (Edwin Jackson vs. Toronto). Back in the National League, Willis also got a hit and – as we remember from his days with Florida – he genuinely appeared to enjoy being out there. Dontrelle Willis joined Gambo and Ash on KTAR in Phoenix to talk about his trade, a change of scenery, returning to dominance, and Armando Galarraga.

On if he expected a trade:

“No, not really. I’m not too complex of a guy. I just take it as it is. I’ve been battling back and forth and some balls bounced the other way. I liked my experience in Detroit because it taught me how to win and fail with class. I have a lot of respect for all the guys over there. I wish all those guys the best. They were really sad to see me go. That’s the first time I have seen Miguel (Cabrera) emotional – since we had been together for ten years. It happens. It’s a good opportunity for Detroit and a great opportunity for me to come over because I really like this ball club and I am really excited.”

On if a change of scenery will be good for him:

“I really hope so. I’m really close friends with Edwin Jackson and I have always liked this ball club and the town. I have played against virtually everybody on this team. I know what they bring to the table. I want to come in and have fun and feel like I am a part of the ball club. Arizona is a great place. I actually just moved out here – ironically.”

On if he feels he could be dominant again:

“Definitely, especially this year. Spring Training I came in in great shape. I definitely felt like I started to get my command back and was enjoying the game… I did a good job thus far of keeping my team in the game and stuff like that. Some people are National League people. Some people are American League. Maybe I’m a National League guy. We’ll see. I’m definitely going to have fun and I’m definitely going to enjoy my time here… When I have contact, I like my percentages. The numbers don’t lie. I just need to do a better job of pitching to contact. I think we have a great defense here like we did in Detroit. You see it. When I pitch to contact, I like my chances.”

On how the Diamondbacks can improve after ten game losing streak:

“Well, first of all, it can get worse. It could be twenty in a row. We don’t want that. I think we have enough character in this locker room, just from the two days that I have been around these guys to turn it around. The West has always been a tough division. I definitely think we have enough talent and I am definitely psyched to have the opportunity to come help a ball club to get out of the rut.”

“That broke my heart. It really broke my heart. He’s a great guy. That’s the one thing about the Tigers; the guys that are on the team are stand-up guys… That happens. I think both sides handled it with a lot of class and professionalism and life goes on. It’s really one of those things that, as a fan of the game, you wish something could happen – he got a free car, so I don’t feel too bad for him.”