The Cardinals, in serious need of defensive tackle help, selected Wendell Bryant 12th overall in the NFL Draft. Little did they know, he had a serious drug addiction problem in college that lingered well into his NFL career. Wendell wasn’t just smoking weed, but popping ecstasy pills and boozing uncontrollably. Wendell was added to the NFL’s substance abuse program after his rookie season. In, he received a DUI in his home state of Wisconsin which earned him a four game suspension to start the season. Wendell was released by the Cardinals following the season, but he wasn’t off the hook just yet. 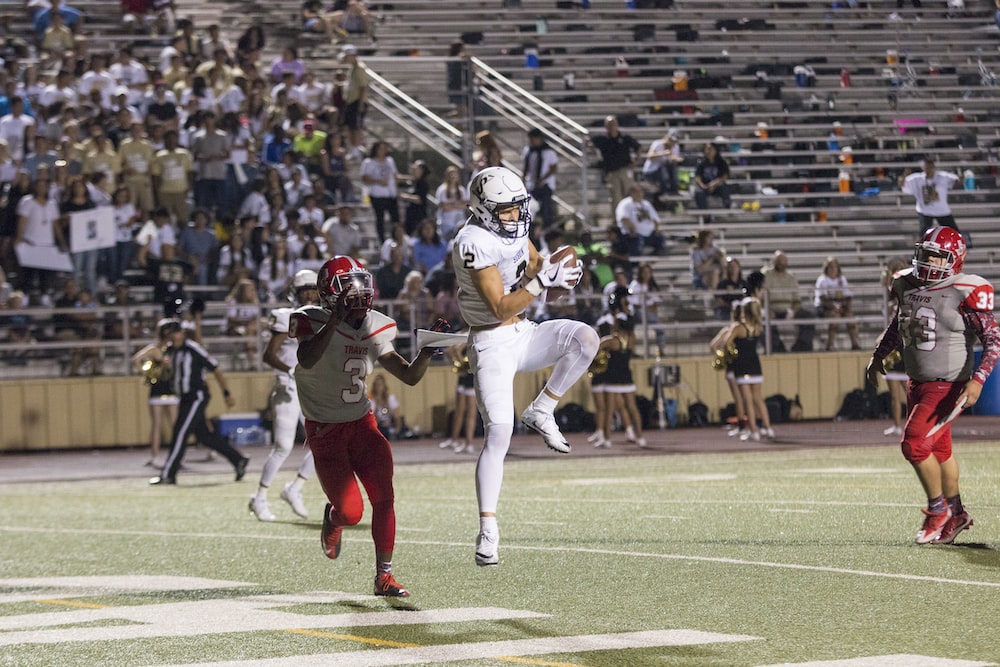 The Cardinals followed up with a letter after his release demanding half of his $5.5 million dollar signing bonus be returned due to his drug use, violating the rookie contract he had signed. Wendell decided after four years of continued substance abuse to finally do something about it. In a recent article in the Arizona Republic, Wendell talked about how on his way to the Chandler Valley Hope treatment center last June, he had one last piece of joint left and he thought “ok, I’m going to smoke this on the way.” Lucky for him, his lighter wouldn’t work, so he had to enter treatment sober, for the most part. Since his release from treatment, Wendell has been clean and sober. He’s looking to join another NFL team, and has had promising tryouts in Buffalo and Detroit. Wendell is committed to returning the portion of his signing bonus the Cardinals are seeking as retribution for his previous transgressions. Wendell Bryant joined XTRA Sports 910 in Phoenix last week to discuss his drug use, his new outlook on life and hopefully landing back in the NFL.

On how he got to the point of being completely clean:

“Unfortunately I had to hit rock bottom. My daughter had been born in November 2007… my grandfather had passed, and once my grandfather had passed it was an overwhelming feeling of sadness and an overwhelming feeling of sense of empowerment on my part. I felt like ‘woah, I finally need to get my life together’. The drugs and the alcohol had such an overwhelming power and control over me at that time that I couldn’t do anything about it until finally that day in May came, and I was holding my little girl. I finally broke down after that.”

On his drug use coming out of college and going through the NFL Combine and through the draft:

“I had been using over the course of my senior year. I wised up enough to realize that I probably don’t want to get popped with the drug program before I get drafted because I realized I would be losing a lot of money, so I just stopped, all the way through that period up until the combine and pro day. After the pro day I went right back at it. From that point in time until I got to the Cardinals I never was really tested.”

Wendell was asked how he would avoid drug tests during the off season once in the NFL’s program for substance abuse offenders:

“I would tell them I’m anywhere. The NFL, after awhile, they would get into a pattern. I would know like ‘ok, he usually comes on Thursday, he’s probably going to come on Thursday so if I call on Wednesday and say I’m here, then I’m not going to have to worry about him coming through. That’s basically what I would do. At first it was kind of random, they would show up a Tuesday here, a Wednesday here, but the further along I got into the program the less they tested. What I think they should do is the further along you get (in the program) the more they should test you.”

On the prospects of him suiting up in, playing in the NFL and repaying the Cardinals his portion of the signing bonus they paid him:

“I’m ready to go. If a team is ready to take me, you know I’m ready to go. I’m in some of the best shape of my life. Everything is going well. I look forward to working out a payment program with the Cardinals and I’m hoping that’s the way they’ll go about this and not just take everything out from under me. If that’s what they want to do, obviously they can do whatever they want.”