When Dennis Rodman calls into a radio show and says he wants to be on the air, you have to buckle your seat belt because you never know what you’re going to get. Swear words could start flying around or he could completely change the subject and just start talking about random things and maybe even put another girl on the phone as well. That’s exactly what happened this morning. This morning, Rodman called into the Jorge Sedano Show on 790 the Ticket in Miami and he started to talk about the struggles of the Miami Heat. However, it certainly sounded as if his focus was somewhere else.Of course his focus was somewhere else because it sure sounded like he was lying in bed with another woman presumably getting pleasured during the interview. This was by far one of the funniest and one of the strangest things I have ever heard on the radio, but then again it is Dennis Rodman so it kind of comes with the territory. You have to listen to the interview in its entirety to get the full effect of what I’m talking about here and you can then judge for yourself.Dennis Rodman joined 790 the Ticket in Miami on the Jorge Sedano Show to talk about the struggles of the Heat this season, why things worked with him, Michael Jordan, and Scottie Pippen in Chicago, and he had a few surprises for the show host as well. 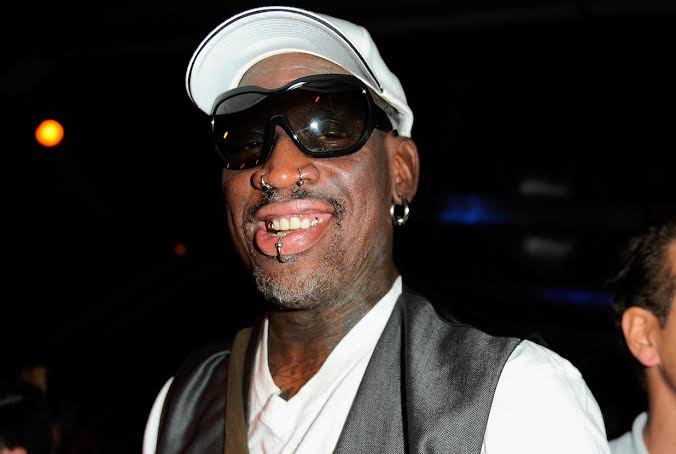 On fans freaking out about the Heat:

“Well that’s the choice. Me, Michael, and Scottie, we did one thing honey. The big three? Where’s the big three at?”

On the struggles of the Heat:

“The Miami Heat right? You know what? There’s a reason that LeBron can’t accept, Dwyane Wade can’t accept, and (Chris) Bosh can’t accept the fact that you know what? I love that Michael, Scottie, and Dennis Rodman got along. They can’t get it together. That’s the main thing, they can’t get it together. Other teammates cannot adjourn to these people and that’s the main thing. If you see LeBron’s face and the way he walks on the court all the time. What are you doing? What are you doing? This girl is really active. Oh my Lord she’s going at it right now dude.”

On sports being weird right now:

“Guess what? They want Pat Riley to be the coach. I think that as professional players that are making 300 something million dollars should do one thing, control that team and they’re not doing that. When me, Michael, and Scottie, we did one thing honey, we made less than 100 million dollars a year and we won stuff brother. Right now I think today’s sports is really weird.”