Here’s an interview with a former NBA player that you may or may not be aware of. Paul Shirley, a self-proclaimed nerd and former journeyman, was previously writing for ESPN about a wide range of topics – the game, his experiences traveling the world overseas to hoop, and other pop-culture topics like music. Shirley got himself in some trouble with the World Wide Leader from what I understand was a controversial article about the earthquake ravaged country of Haiti. Shirley now writes for Flip Collective with his brother and few others about music, politics and pop-culture – a far cry from the much more confined world of sports writing. Though he has veered away from writing about sports for reasons he explains in this interview,  he recently wrote an article titled LeBron Hates You that sheds light on Shirley’s views on stardom, the NBA, etc. 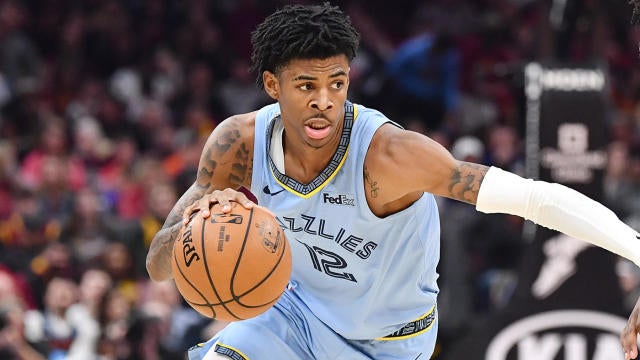 Shirley joined Hardcore Sports Radio to talk about his recent article about LeBron, how he wasn’t taking shots at Jason Whitlock in it just emphasizing that he doesn’t want to be a sports writer, James’ decision to go to Miami, the concept of individual brands conflicting with the team concept of basketball, how Shawn Marion wasn’t the sharpest pencil in the box based on the time the two spent together in Phoenix, how many guys in the NBA he thinks are legitimately approachable and good guys, why he chose to start his new writing venture, and if he thinks the Heat will win a title with LeBron and Dwyane Wade.

On the ‘shots’ he took at Jason Whitlock in his recent column about LeBron:

On LeBron James’ fixation on money rather than winning:

“That’s the other thing that I find hilarious that people are debating: whether it’s about winning or not. I think it’s fairly obvious in the last 30 years in professional sports that it’s not mostly about winning, it’s about money. So I look at it just as because I’ve been on the other side of it, I understand both sides and so I don’t begrudge people for trying to make as much money as possible. What I find interesting is the sociological phenomena of fans caring about players when they obviously don’t give a damn about them. If the players were saying I don’t give a damn about you Mr. Fan and the fans were still caring, I think that would be an interesting thing to study as well. But the disconnect that is there between what is actually is happening and what is perceived to be happening is what I find to be somewhat fascinating.”

On if Shawn Marion did some things that rubbed him in the wrong way when they played together in Phoenix:

“It’s not so much that he’s unfriendly, it’s more that he’s just not very smart in that he remembered at some point that I can remember vividly to sign a bunch of autographs that were necessary for him to sign. So in that case, again, if Shawn Marion is making $20,000 dollars a year let’s say, and doesn’t want to sign a bunch of autographs because they aren’t attached to his salary, that’s one thing. But Shawn Marion’s famous because lots of people like him, they want to interact with him, they want to think he’s something else. So if he can’t see the link between the autographs and the $14.7 million dollars he was making that year, then I have to think that’s kind of depressing. So again him being not smart enough to make that link doesn’t make him a bad person, but it does make me want to say that Shawn Marion is probably not very smart because he can’t understand the link between the two things.”

On what he thinks LeBron’s decision to go to Miami means to his legacy:

“Well if you want me to slide on my basketball analyst hat, which is a dusty hat, I would say that it would probably be a great thing if the Heat end up winning championships because then for the betterment of basketball (which I do still enjoy watching) it could be said that he did it the right way because it was done as a team. Because whatever people say about Michael Jordan he basically ruined the NBA because from that point on, everybody was looking for the next individual star and forgot that basketball is won in a team format. If this works out and LeBron James helps lead the team to a championship, then people could conceivably play basketball the right way which would be nice, as opposed to thinking that the individual is the way to go. I think Kobe Bryant is still probably the last vestige (hopefully) of the Jordan era, or the post-Jordan era which was all about trying to find the next Jordan – the Grant Hills, the Harold Miners, the Allen Iversons, all these people who were going to be the next Michael Jordan because Michael Jordan sold a bunch of jerseys. Again, we’re getting back to money so it worked out really well to have a personable individual star, so the NBA sees that and says everybody should have a star instead of working as a team. So to my mind, this is again separating the sociological phenomenon of LeBron James and how people see it, from the basketball phenomenon. The basketball phenomenon is probably pretty good, it’s just that he was kind of a dickhead in the way that he did it.”

On how many guys in the NBA he thinks would be willing to talk to random fans at a restaurant or what not:

“Based on the things we’ve talked about, you’d think that the number would be fairly low, that there wouldn’t be many guys who would do that. But I actually was surprised at how many just genuinely good people there really were, it’s just that those people were on positions five through 14 on the bench. Some of those guys weren’t great guys to be around, but teams kind of understand that the difference between the fifth and the fourteenth guy is so small, and the difference between the fourteenth guy and the guy who is not on the team is so small, that they’d rather get guys that they can stand to be around. The problem I think is the superstars dominate the headlines, they dominate everyone’s consciousness, so they don’t realize that Matt Barnes is a pretty good dude who has his flaws as a human being because he’s been coddled for a long time, but when it gets right down to it has worked really hard and has gotten where he’s gotten because he’s a really good basketball player and who’s a genuinely really good human being. So let’s say if there are, what, 350 guys in the NBA? You could probably talk to after their careers, 170 of them or something like that, or slightly fewer than half.”

On his shift from writing about sports to stuff like politics, music and pop culture:

“Well I can imagine, you can imagine, if you’ve devoted almost 20 years of your life to something, you might have gotten a little bit bored with it. As I wrote this article, I just don’t think sports are that important, no offense to your listeners. But I think I’ve given enough of my life to sports, so it would be nice to go back to being a human being who’s interested in other things. In a perfect world really it would be nice if I could occasionally write about sports and other stuff, and maybe that’s where I will go. But sadly, I think there has to be some type of separation where I banish it from my mind, because people can’t seem to process like, ‘oh, he played in the NBA.’ Then I’m over there saying ‘well I also got a degree in mechanical engineering.’ Because now, everything I say is framed as former NBA player. And that’s fine. I understand that’s how things work, but it will take some time to convince people that I can do other things. If I fail at that, then maybe I’ll go back to writing about sports or maybe I’ll use that engineering degree or whatever.”

On if he thinks Miami wins the title next year:

“Oh…my least favorite questions are predictive ones. I don’t care, but I guess they probably will as long as…the thing people always forget about basketball is it just takes one injury to Dwyane Wade or Lebron James and people remember that Chris Bosh isn’t all that good and they’ll be in trouble. But it seems to me that they have gotten the right personalities together wherein they could probably very easily win it all for three straight years. But, as we’ve all learned, it’s a weird world in professional basketball.”