Vinsanity Is At It Again!

On a night where his teammates were having an off night shooting, Vince Carter was definitely on his game. Carter dropped 48 points on the Hornets Monday night and single handedly brought the Magic back from a seventeen-point second half deficit. His performance looked as if I were using cheat code in NBA Live He was that good! This was by far Carter’s best performance since he was traded from New Jersey in the off-season, finishing three shy of his career high. Throughout his career he has been the go-to guy for his team but not on the Magic. He is the second or third option on the Magic behind Dwight Howard and maybe Rashard Lewis, but Carter is okay with that. He came to Orlando for one reason only and that is to win the NBA Championship. Carter’s days are numbered, as he is in his eleventh season, and it is now do or die for him and the Magic.Vince Carter joined Colin Cowherd on ESPN Radio to talk about what it is like to get as hot as he was when he scored 48 points on Monday night, how many times during a season will he be in a groove like that, and how he views the All Star Game now vs. when he was younger. 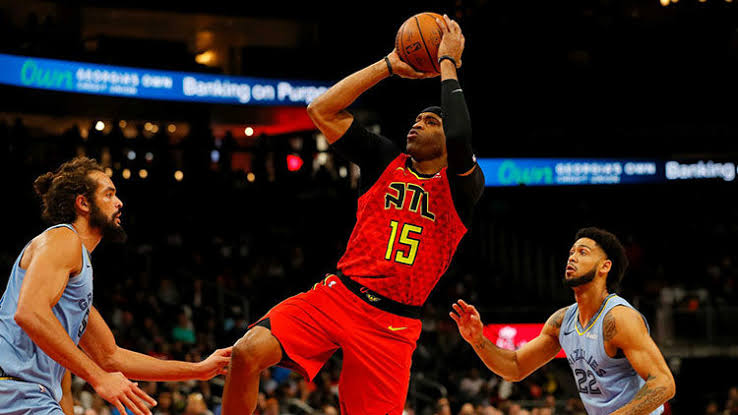 What it is like to get as hot when he scored 48 points on Monday night:

“To be in the groove and in the zone is really hard to explain. It is like when you are rolling you are rolling… It is funny because after a while coach is like, where do you want the ball? How do you want it? I said it doesn’t matter coach just give it to me. I remember just hearing different guys talk about being in the zone. I remember Michael Jordan, Kobe, D. Wade and you know LeBron and all of these different guys talk about them being in the zone and that is the feeling inside. When you are rolling you don’t really care about a double team or really care about how guys play you if I can get a look at the basket it is pretty much going to go in. It is just how I was feeling after a while. Stay within the offense because we were just trying to get back into the game and we will try and go from there. With the amount of scoring we have on the team it is tough to double team us because I could just easily pass the ball to Dwight and he will start dunking on people. So I just felt good. I really felt good.”

How many times during a season will he be in a groove like that:

“It just all depends. I could say five times… It seems like it would probably be five times. I am open for many more for the good of the team of course. In past years I have had probably like ten times where I was in a groove and just felt like it was my time. I have had times where maybe I didn’t score a lot of points in the first half or didn’t score much through three quarters and had twenty point quarters. So I am capable of them. Definitely capable.”

Whether he prefers not being the number one scoring option on the team:

“I will say this; for eleven years I have been in my role and I accepted it then and I don’t mind where I am now. I think I bring another aspect to our team. A guy who can be the number two, number three guy but when called upon can put up the numbers like a number one guy.

”How he views the All Star Game now vs. when he was younger:

“Well I still have an appreciation for it. It is fun. It is a catch-22 because you enjoy it, but at the same time if I could get that break you would love it. I got the opportunity to sit back and rest and have my legs for that stretch run. So you really appreciate it but being voted into the All Star game is a special thing. There is a lot of guys that go through their career who have had lengthy careers and never got the opportunity to play in it or maybe got the opportunity one time just to sniff it and I have had the opportunity to play it like eight or nine times. It is tough. What you said I agree with you… Like the younger guys…even if a guy is banged up it is important for some of the guys to be an All-Star. It is more important to have your star player for that stretch run because at the end of the day it is about who can get into the playoffs as far as possible and for the amount of minutes the star player on each team is going to log I think you need them healthy for that stretch run.”Vince Carter on ESPN Radio with the Herd (the interview starts at the 4:45 mark)