Vernon Davis Says This is Just the Beginning for the 49ers

The San Francisco 49ers are coming off a great season in 2011 and are hoping for more in 2012. Loaded with an extremely talented roster, a tremendous coaching staff and a lot of confidence following their run the NFC Championship game, the 49ers look like they have the makings of a Super Bowl contender out West. However there are two main issues that they will have to deal with this season. Number one, as opposed to last year when they were able to fly under the radar, the 49ers will have a giant target on their back after last season’s success and how they deal with the pressure and increased expectations will be vital. Not to mention, in a quarterback-driven league, San Francisco still has Alex Smith running the offensive show. While he showed a ton of growth a season ago and played very well at times in the playoffs, the 49ers can’t win a Super Bowl unless Smith takes the next step. 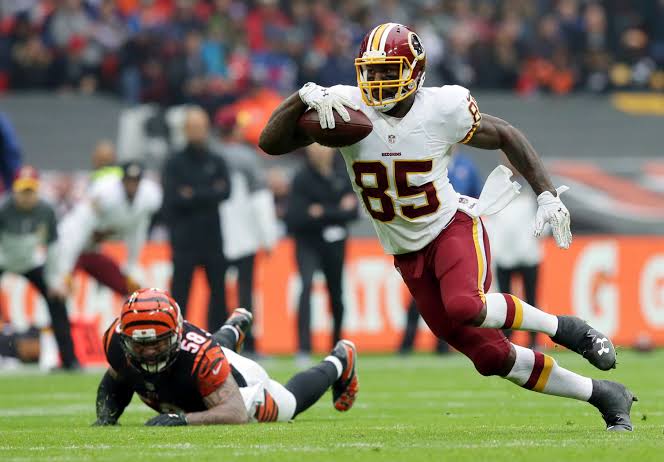 Vernon Davis joined KNBR with Fitz and Brooks to talk about how OTA’s have gone, what the team learned last year in the playoffs, how nice it is to have the same coaching staff back, what he makes of being ranked number 43 in NFL Network’s Top 100 players, how he feels about the additions the team made this offseason and how it feels for him and Alex Smith to finally put some wins together.

How OTA’s have gone:

“It’s good. Coach Harbaugh brings a lot of energy to the team and guys around here love him.”

What the team learned last year in the playoffs:

“One thing I can say is that we got a smell for what the playoffs are like. There’s nothing like it. The energy, anxiety and everything is amazing. Guys know what that feels like. That makes it a little easier on us to go in with a clear head instead of being so anxious but we can’t worry about that. We have to worry about taking it one game at a time and that’s what it’s about. We can’t get ahead of ourselves.”

How nice it is to have the same coaching staff back:

“The beautiful thing about this is we get the opportunity to be back in the same offense. We’ve never had that around here and it makes it a lot easier for us to go out and concentrate on the little things, working on our route running and all the positive things that can help us throughout the season.”

On being ranked number 43 on the NFL Network’s list of Top 100 players in the NFL:

“I’m competitive so I expected more and I wanted to be a lot higher than that. I’m thankful because my peers, they voted for me and it shows the respect that they have for me and I’m very thankful for that.”

How he feels about the additions that the team made this offseason:

“It was pretty amazing because once I got the call about some of the guys that we brought in, I just started to grin and I became happy. I was excited because I know the guys we brought in, they’re warriors, they’re going to work and they want to win. When you have that it makes it a lot easier for myself to go into a game knowing that I have that. I don’t have to be worried about being double-teamed. If I’m double-teamed I have a handful of playmakers that are going to get open.”

How nice it was for him and Alex Smith, who came up through the organization together, to have such a great season a year ago:

“We’re not finished yet. There’s still a lot out there and we have some ways to go. This is just the beginning and that’s how we have to look at it. We can’t get comfortable because the moment we get comfortable is the moment we will start to relax and possibly fail. We have to continue to work to get better and develop that chemistry that we had in the playoffs.”