Heading into Selection Sunday, Shaka Smart and VCU didn’t even know if they would be in the NCAA Tournament. Quite frankly their resume didn’t warrant them being in the tournament from the very beginning. They had fewer quality wins on their resume compared with some of the other bubble teams and they lost five of their last eight games to finish their season. This didn’t mean that they weren’t capable of winning in the tournament; it just means that they didn’t belong in the beginning. However, Smart’s squad was given a golden opportunity to get a ticket into the Big Dance and they are making the most of it. Ever since their win against USC in the “First Four” VCU has looked like a motivated team as they have ripped through everybody standing in their way on their road to Houston. Their Final Four run was capped off by stunning Kansas this past weekend in a game where VCU, not Kansas, looked like one of the best teams in the country. VCU is playing with a ton of confidence, they are making threes in bunches, and their coach is one of the hottest names in college basketball with the job he has done. It normally takes a team six wins to win a National Championship. In the case of VCU, their goal is seven. Shaka Smart joined The Dan Patrick Show to talk about whether or not he is surprised by his team’s run in the tournament so far, where they were when they found out they were in the tournament, how much it benefited them to play the game in Dayton first, and talks about his name being out there for other coaching jobs. 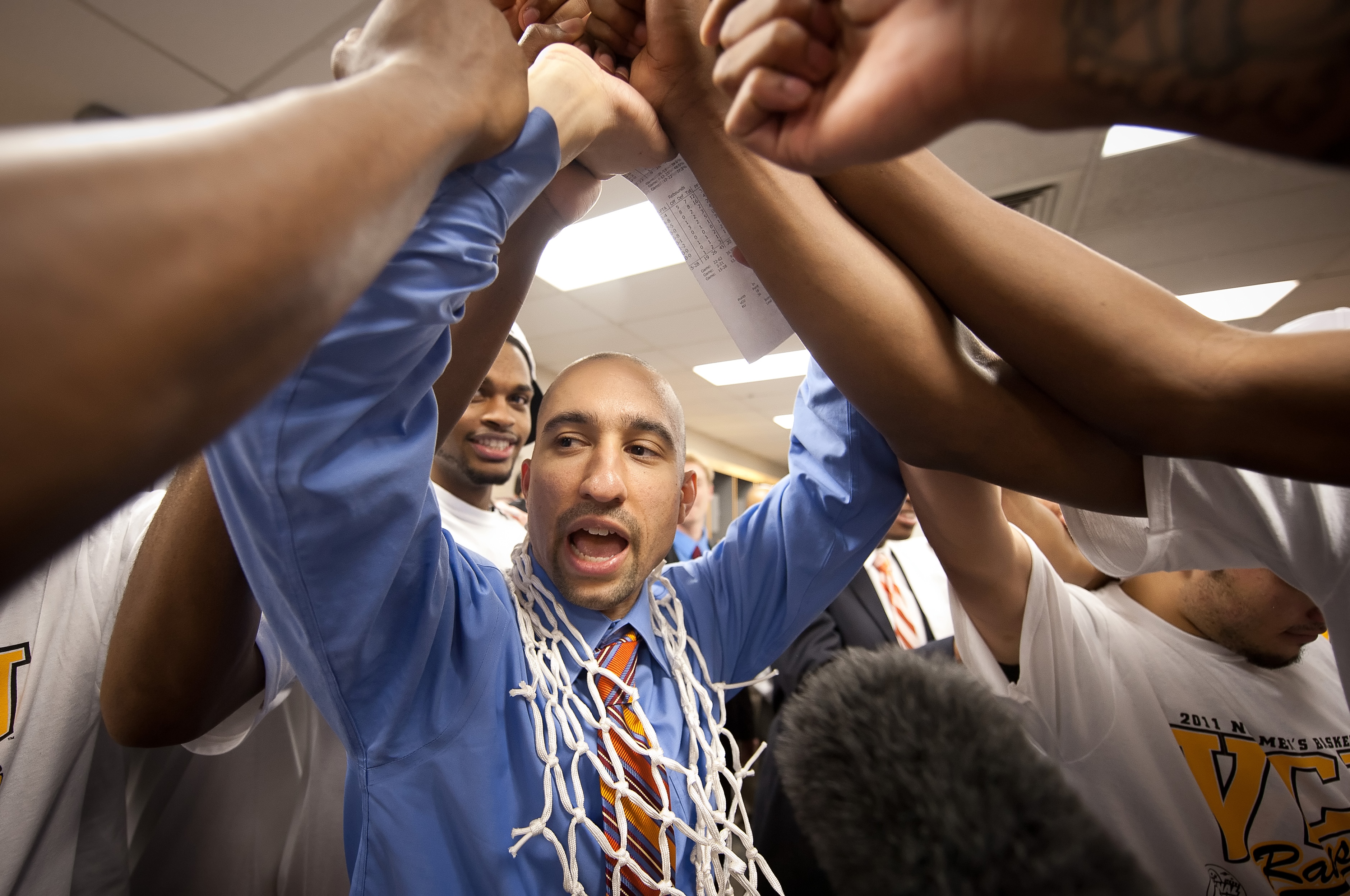 Whether or not he is surprised by his team’s tournament run:

“No, no. I knew our guys had this in them. I’m actually really, really happy for everyone at VCU, everyone that’s in our program, and also everyone that has supported us.”

Where the team was when they found out about being in the tournament:

“I was in my office. All of our young kids were here. I made them come into the office because I wanted to make them watch it regardless of what happened. I did not get the whole team together because I knew it could go either way. I thought we were going to get it, but I knew there was a chance that we might not and I didn’t want that to be the defining moment of our season if we were one of the unlucky ones.”

How much they benefited from playing in the First Four:

“I think it was a great benefit Dan. It gave us confidence and really more than anything it got the NCAA Tournament jitters out, which is a huge component of getting started in those games. I’m glad it played out the way it did.”

On the quotes he is using to motivate his team:

“Scarface is probably my favorite movie of all time. There is a scene in that movie where Tony Montana is I guess you would say under the influence and says there goes the bad guy. In this tournament we’ve kinda enjoyed responding to people not necessarily calling us the bad guy but people doubting us, being critical of us, and that’s something we have used as motivation. If we can go down to Houston, continue to play that role, and that’s what allows us to win, then that’s what we will do.”

On being mentioned for other coaching jobs, including Dayton now: