Utah Jazz SF Andrei Kirilenko Talks About His Nickname, Miami Heat, and His Wife Allowing Him to Sleep With

The Russian-born small forward of the Utah Jazz, Andrei Kirilenko, aka AK47, has been granted restricted free agency… by his wife.  Masha Lopatova, a former Russian pop star who has been married to the Jazz forward for nearly ten years, understands the temptation NBA players are faced with as they travel around the country for seven months a year.  She believes that forbidding something only makes it more tempting, so that is why she allows AK47 an “allowance” of one night per year to sleep with another woman.  The crazy thing about it is that she doesn’t have a reciprocal agreement with him.  But being the great guy and loving husband that he is, Kirilenko doesn’t plan on spending his “allowance” any time soon.Andrei Kirilenko joined 790 the Ticket in Miami to talk about where he got his nickname ‘AK47’ and whether he chose to wear ‘47’ so he can get that nickname, whether he gets asked about his wife allowing him to sleep with another woman once a year, and how the negotiations went with his wife. 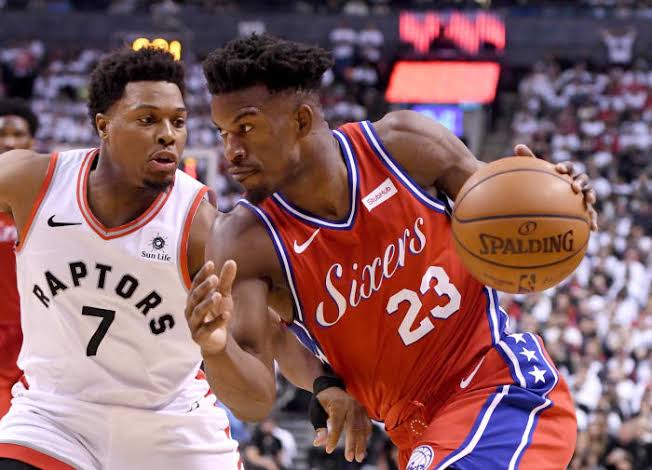 Where he got his nickname ‘AK47’ and whether he chose to wear ‘47’ so he can get that nickname:

“That is very strange because when I came to Utah my favorite number was always been 15, and because I was a rookie the same year John Amichi came to the league, not to the league but to the team.  He picked 15 instead of me and because he was a veteran he had priority to pick the number so I was kind of wondering and I didn’t know which number I should pick.  At that point my teammate Quincy Lewis, he said, ‘Look, there is a Russian rifle, AK47, your initials are A.K. Take 47, and you know I picked it and never looked back.”

Whether the team was surprised about how they were able to beat the Heat:

“Well I think we have been surprised a little bit but the point is about all NBA games is, if you don’t give up things come.  We stayed with our game.  We had been trying to execute our offense to the end and it finally paid off.  We stayed like for five or six games with that rhythm.  We stayed within our game.  We have been down by 15 or 20 points and we won the whole trip.  That Miami Heat game gave us some lift.  That is what I said, if you stay within your game, keep executing, keep playing hard the game will just fall into your hands.”

Whether Jerry Sloan ever smiles:

“Sometimes.  He is a pretty serious person.  He takes his job seriously so everything related to basketball he takes it serious.”

Whether there is another nickname in the league that is better than his:

“You know I thought if Pau Gasol would take #13 instead of #16, he would be PG13, which is pretty nice too, eh?  I haven’t talked to him about that but I have thought about it.”

Whether he is surprised the Miami Heat has lost as much as they have thus far:

“Well I am not surprised because it is always a long process to get used to each other, to get used to especially those kinds of talents.  LeBron played the main role in Cleveland last year.  He comes in right now and he has got a couple of more guys that can play the same type of basketball, same role.  It just takes some time to get guys to adjust to each other.  I think the Miami Heat is going to be good, especially in the future.  I hope we can get them right now and if we are going to down by 20 it is not going to work but we have to work right from the start…”

Whether he gets asked about his wife allowing him to sleep with another woman once a year:

“Yeah they asked me, ‘Did you use it?’  That question you can’t answer it because if you said, ‘Yes’, everybody thinks you’re a jerk.  If you said, ‘No’, everybody says you’re lying.  So you can’t comment it.”

How the negotiations went with his wife:

“We didn’t have a negotiation.  It was just like we talked about a lot of stuff at home and just some of the topic of the night was the people cheating and my wife just bring it up like, ‘It doesn’t matter, you know?  I don’t care about that.  If it is an issue between man and woman I would rather have you love kids.  If you cheat it is OK with me.’  I am not planning to cheat but she said it’s just like a point.  It is not an actual guy to give and go ahead and cheat.  It was just the topic of the conversation and she said, ‘Well I don’t have a problem with that.’”