Urban Meyer: Pressure Rests More on the Denver Broncos than on Tim Tebow

The Denver Broncos have officially handed the reins to Tim Tebow at quarterback, and in the process have reignited all of the same debates that have run rampant since he was drafted by Denver in the first round. Can Tebow succeed at the NFL level? Can he do it as a quarterback? How can he overcome a not-so-textbook throwing style? And so on.
Former Florida coach Urban Meyer doesn’t answer a plethora of questions about his former quarterback in this interview, but he makes it clear that he feels that the pressure is on the Broncos to put some adequate weapons around Tebow and not so much on the signal-caller himself.Urban Meyer joined WDAE in Tampa with Ron and Ian to discuss why he thinks Tim Tebow will be successful in the NFL and how he’ll overcome that throwing motion, basically pinning the entire situation on the Broncos. 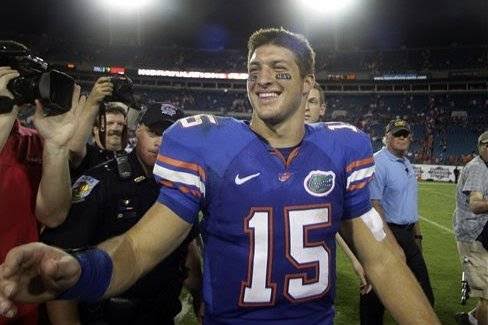 Why do you think Tebow will be successful as an NFL quarterback?:

“Same reason he was in high school and won the state championship and the national championship in college. Football is still football, whether it’s the spread offense, whether it’s the West Coast or I-formation. Competitors usually find ways to win games. Tim’s going to be successful, no doubt. I just hope that the Denver Broncos have enough firepower and they just get better as a team. I’m a Broncos fan now and I want to see those guys do well and one guy doesn’t change a team. Tim Tebow had a lot of success at Florida because he had Aaron Hernandez and Percy Harvin and Louis Murphy and the Pounceys. He had really good players that played well around him and an excellent defense.”

Do you think Tebow will overcome the deficiencies in his throwing motion?:

“It’s a question if the team will. I think Tim will. This whole thing that one guy in one phase of the game is all of the sudden is going to put the Denver Broncos in the playoffs, it’s always going to be this way that the quarterback gets far too much criticism and too much glory when they win. He’ll manage whatever deficiency he has in throwing the ball, it’s just a matter of if the Broncos can improve their play enough to win.”