It hasn’t been pretty, but the Florida Gators are right where they need to be heading in to the final home stretch of the college football season. Florida improved to 7-0 overall and 5-0 in the SEC last weekend with a fairly unimpressive 29-19 win over Mississippi State in Starkville. But with Florida sitting atop the BCS Standings, they’re not exactly playing for style points. In the rugged, highly regarded SEC, Florida just needs to win and they’re in – in to the National Championship Game to be played in Pasadena in early January. Gators head coach Urban Meyer joined WCNN in Atlanta to talk about his star senior quarterback, how he thinks he’ll be just fine in the NFL, why he thinks Georgia is as talented as any team in the country, and how he thinks his whole team is pressing just a little bit more than he’d like to see. 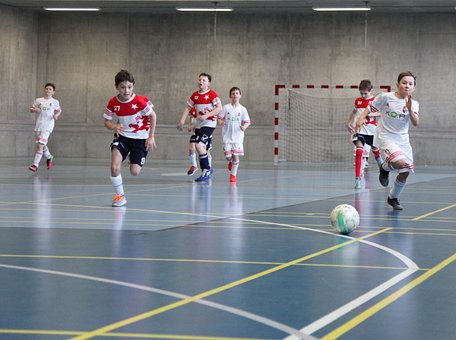 On Tim Tebow and how people think his game won’t translate to the NFL:

“Well, I’ve said this before – the job description must be a lot different in the NFL. The football I’m used to – I’ve never coached in the NFL, but obviously I’ve played college football, I’ve coached high school football, coached college, and from day one, it’s like that guy who’s two steps too slow to play safety like Ahmad Black, but all he does is lead the country in interceptions the last two years he played. So I’m very good friends with Jack Del Rio and very good friends with the Bill Belichicks of the world and all those guys talk about is competitive edge, winning. They don’t talk about that other stuff. So Tim has been a winner everywhere he’s been and he’ll be a winner in the NFL.”

On their upcoming showdown with Georgia and how a win by the Bulldogs over the Gators could make their otherwise disappointing season:

“Yeah we know all those players at Georgia. They’re the finest players in the country. We recruit them – every one of those players on that team we were involved in the recruiting battle for them. As most of ours they were. So they’ve got tremendous players and for some reason, I haven’t been studying their schedule, I’m more studying scheme and personnel, but as far as flat talent, that’s as tough a team as there is in the United States of America and we’re going to have to give everything we’ve got to hang in there and hope to win that game.”

On how he was a big fan of Hershel Walker, who Tebow just tied for the SEC all-time lead in rushing touchdowns (49):

“Herschel was great when I was in high school. And obviously being a football fan and college football fan, to be able to meet him and sit down and talk with him, he’s a class act, at one of the Heisman ceremonies – which ceremony, Tim won it two years ago. I got to spend a few minutes with him. I know I’m the head coach at Florida and I didn’t want to act like a fan and ask him for autographs, but I’m a big fan of Herschel Walker.”

On if he thinks Tim Tebow is pressing a little bit:

“I think the whole team is. When you talk about the ‘96 National Championship team, the first name that comes out is Danny Wuerffel. And Danny was a great player but that defense was one of the best in the country, and he had Ike Hilliard and all those other great players. And certainly the first thing when you mention Florida football is Tim Tebow. When we’re doing great, I think Tim’s a great player, but also there’s some other guys doing well. When Tim struggles, other guys struggle. For example, the head coach probably shouldn’t have called that ball, that deep pass coming out of our own end zone when the game was kind of secure. But we did and we missed a block and Tim got hit. That wasn’t Tim, that was part of the team. And that’s the best thing about us, we’re just going forward. And playing quarterback at Florida, whether you like it or not, you’re going to get a lot of pluses and you’re going to get a lot of criticism.”