UNLV Brings NCAA Tournament Tradition Back to the Forefront

When it comes to the Mountain West Conference, everybody knows about the teams that carried the league this season. No. 2-seeded San Diego State and No. 3-seeded BYU have plenty of folks thinking a team from the league could make a run to the Final Four this year.While UNLV’s chances are certainly much more slim, don’t sleep on the Runnin’ Rebels. UNLV has returned to the tradition of sending a team to the Big Dance over the past few years and are back again as a No. 8 seed. They were very close to taking out San Diego State at the conference tournament last week and, to me, have saved their best basketball for the most important part of the season.The Rebels take on Illinois in a first-round matchup (yes, I know that’s not the official term anymore, and no, I don’t care that I’m still calling it that) on Friday. Get by that matchup and they could pose a threat to Kansas, one of the favorites to win it all.UNLV coach Lon Kruger joined Fox Sports Radio with Petros and Money to discuss bringing the tournament tradition back to Vegas, his take on Illinois, the strength of the Mountain West, Jimmer Fredette’s transition to the  NBA, facing a team that he coached previously, the recent HBO documentary on UNLV and what it’s like helping players transition to life in Sin City. 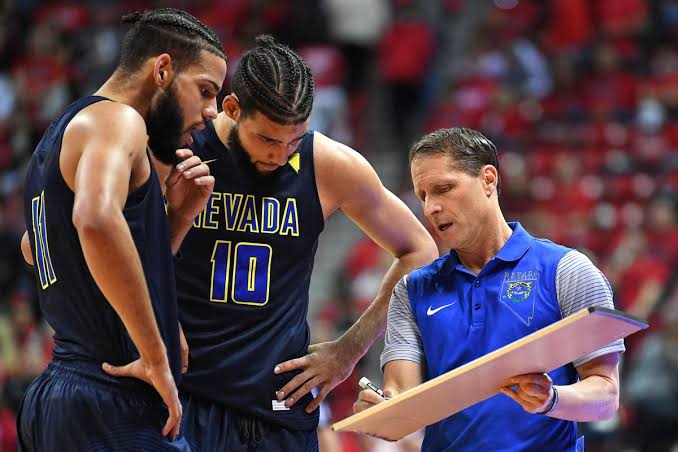 How has he restored the tradition in Vegas?:

What does he make of Illinois?:

How good was the Mountain West Conference this year?:

“Very good year. San Diego State and BYU, just terrific seasons. No question they deserve a two seed and a three seed. … The conference was very good and positioned themselves in the NCAAs. Colorado State had a great year with Tim Miles and New Mexico came on with Steve Alford, so a lot of good teams in the league.”

How will Jimmer Fredette transition to the NBA?:

“He knows how to score, can score a lot of different ways. He’ll play well in the NBA, no question about that. He’s got a good feel for it, very competitive, a guy that’s also a very good passer. He scores a lot of points but also moves the ball when he needs to.”

What did he think when he saw they matched up with Illinois, where has coached before?:

“Most importantly, realized how good they are. People talk about having coached there, but really our players don’t know about it, they won’t be affected. … That was 11 years ago, so it’s been awhile since we were there.”

His thoughts on the HBO documentary on the Rebels:

“I have seen it and it’s a reminder of the passion that folks in Vegas had for that team and that era. They really turned out. The team was obviously one of the best ever in terms of talent. … There’s a great buzz about that team when they come back to town.”

What’s it like to getting players used to living in Vegas?:

“We came in and had that same question. As it turned out, we learned that the challenges are really no different here from every other stop that we’ve had. On campuses across the country, there’s the potential for making bad decisions and that’s certainly no different here.”