Tyson Chandler on Jason Kidd and Peja Stojakovic: “They got in the hot tub time machine.”

The Dallas Mavericks took care of business at home. Now the challenge becomes taking their NBA Playoffs first-round series on the road to Portland, where road teams won just 11 of 41 games this season.Many weren’t sure Dallas would even be in this position. A rocky finish to the regular season included everything from topsy-turvy results to a Jason Terry in-game meltdown and had a lot of people, including this guy, feel like the Trail Blazers could spring the upset.Instead, seasoned veterans like Jason Kidd and Peja Stojakovic have looked like themselves of 10 years ago. As Tyson Chandler says, it’s like they’ve jumped into the hot tub time machine. And while Portland’s LaMarcus Aldridge is playing like his usual star self, averaging 25 points and eight rebounds, Chandler is allowing the Mavericks to stay away from double-teaming him. It’s proved to be a lethal combination in Dallas, but will that transfer over to Portland?Tyson Chandler joined ESPN Dallas with The Ben and Skin Show to discuss defending LaMarcus Aldridge, holding Aldridge without a field goal in the fourth quarter of Game 2, if the team discussed its past history of troubles in the second games of playoff series, superfan Jimmy Goldstein and what he expects to see in Game 3 of the series on the road tonight. 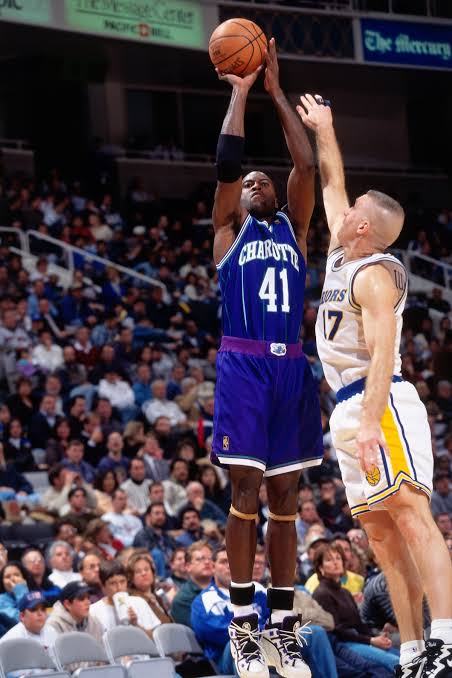 “I thought we did an excellent job, individually, down there. We made it tough for him, put his back to the basket, force him into tough shots. When you do that and then you get the rebound, it allows us to get out and get some fast-break points.”

How important it was to hold Aldridge without a field goal in the fourth quarter of a Game 2 victory:

“Fourth quarter is crunch time. That’s when games are really won, especially when it’s close games. That’s when I know they’re really going to force me to come down to him and it’s my job to try to slow it down and at least make it tough for him.”

Did the team talk about or know about its recent Game 2 struggles before it went out and beat Portland?:

“We didn’t discuss it much. I heard a little bit around the locker room from the guys who have been here before. But really, honestly, anything that went on in the past with the Mavs, I don’t take it into consideration. I just try to keep the guys focused and understanding what we have to do to win a playoff series. I think as long as you keep your mind on that and not what happened in the past, you don’t allow it to creep into the games.”

Explaining his relationship with NBA superfan Jimmy Goldstein (the guy who sits courtside looking kind of like Tom Petty) and why so many players know him:

“Jimmy’s a guy who’s been around the game for a long time. People know him because he’s at every single playoff game sitting in the front row. He always goes to the big games. I know him from being in L.A. He lives in L.A. Jimmy’s a fashionable guy, he rocks the leather suits. They may be crocodile, they may be something more exotic, I don’t know. … That’s the guy with the cowboy hat, a lot of people know him from that.”

Has he hung out with him off the court?:

“When we were in Turkey overseas, he was out there and I had my buddy with me and we went out to dinner a couple nights. … My buddy and him hung out and ran the streets a little bit.”

On veteran players Jason Kidd and Peja Stojakovic looking like they’re back in old form:

“They got in the hot tub time machine.”

Looking ahead to Game 3 tonight:

“I think after each game you can kind of expect what’s coming because coaches look at film and I look at film. From Portland’s standpoint, they’re going to look at it and see where they hurt us and try to do more of that. In the first game, they hurt us a little bit in the post and they hurt us getting on fast breaks, but they didn’t do much of it. In the second game, they made it an emphasis of getting out on the fast break and going into the post. I expect them to do that a lot more, especially being in front of their home crowd, they’re going to be juiced up.”