At the end of the 2011 season, Tyler Wilson had the look of a future star. Wilson had just led his team to 11 wins and was named first-team All-SEC. The quarterback looked like a future first-round pick in the NFL Draft, but he decided to return to Arkansas for a senior season and continue the program’s rise to the top of the conference. It didn’t worked out that way. Wilson’s head coach, Bobby Petrino, was forced to leave the program. And Wilson had to learn a new offensive system while also breaking in new wide receivers since his top three pass-catchers from 2011 all left for the NFL. To make matters even worse, he was playing behind a terrible offensive line and got battered and bruised all season.  He threw for fewer yards, fewer touchdowns and more interceptions. The win total dropped from 11 to four. 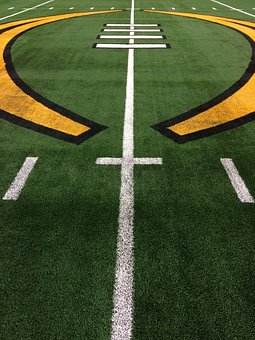 It all caused his draft stock to plummet. Through it all, Wilson never complained. He also continued to pick himself off the ground and showed the toughness that some in this year’s quarterback class are lacking. His senior year was chaotic. It was a disaster. But the talent is there. He showed it in. Tyler Wilson is good enough to be a starting quarterback in the NFL. He will just have to wait a little longer than originally planned to hear his name called during the draft. Tyler Wilson joined ESPN Radio with Scott Van Pelt and Ryen Russillo to talk about his first real playing time at Arkansas, his toughness, whether his concussion he suffered this past season has come up much in interviews with teams, the positives of this past year at Arkansas and what he believes is his best attribute.

On his first real playing time of his college career taking the place of an injured Ryan Mallett:

“It was one of those days where Auburn was ranked high, they were kind of going on their run with Cam Newton and we were doing the same. We were competing for the SEC. It was No. 7 Auburn versus No. 10 Arkansas and really didn’t think I was going to play, but came in and it was one of those days where everything kind of goes your direction, especially early. You find yourself with a few touchdowns at the end of the game.”

“What I have always said is the quarterback position is unique. It’s like I’m a kicker almost, because you’re not banging heads with everyone else every day in practice so you have to show your toughness in the game when it counts, and I think by doing that it allows the rest of the guys to rally around you and really feel like you’re the guy.”

Whether his concussion this past season came up in meetings with teams:

“Well this past year, obviously, I had one concussion against Louisiana Monroe. I went up to Pittsburgh, got it examined by Dr. Collins, who is the foremost analyst on concussions. I was cleared and played the … remainder of the eight games. I’ve definitely taken hits and been in a situation after that to move forward.”

On the positives of this past year at Arkansas:

“I think coming off a year with 11 wins, tied a school record, there are so many expectations moving forward in the state of Arkansas. ‘This team has a chance to win a national championship.’ Then you go through all that adversity of the coaching staff and then of injuries and it’s a test of your character. How bad do you want to play this game? For me, it was wake up everyday and give everybody else a goal that might be a little different than we first anticipated, but how do we win this week and how do we become successful? I think that is a test of who you are and helped me down the road for sure.”

On his sense of where he may get drafted:

“Any player that is in this thing wants to go as high as they possibly can, but also it’s the situation. There are the Russell Wilsons of the world that went in the third round and find themselves in a very productive situation now. We will see. Somewhere hopefully in the first three rounds.”

What he believes is his best attribute:

“I think a natural ability to throw the football. Competitiveness. I think when I step into the huddle, I think people understand I can help us move the football down the football field.”