Turtle From Entourage Talks About Tom Brady and CC Sabathia

There’s like a 90% chance that Turtle was high when he did a recent interview. How else can you explain a fictional celebrity being scared of a chubby baseball player? Or kissing Tom Brady’s ass?Kidding, kind of. But CC Sabathia and Brady were the talk of Turtle’s (real name Jerry Ferrara) recent radio appearance. And while I had no idea what “thack” was before this interview, now I know. Thanks to the power of Urban Dictionary, natch. We’ll have to presume that Turtle is speaking of definition one (although I think that usually refers to a female) and not definition two (which appears to involve meth addiction). 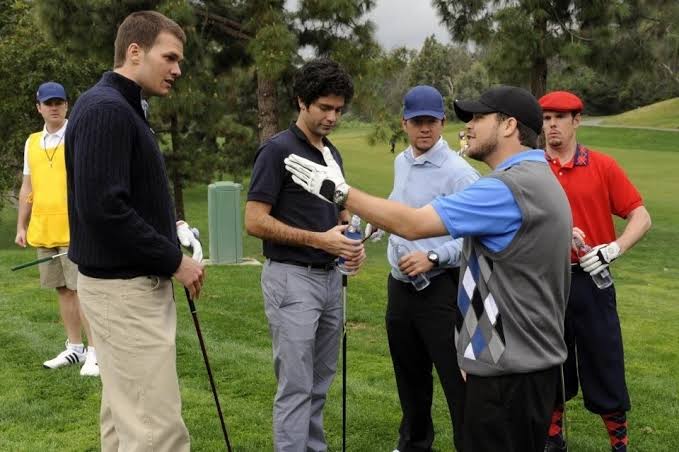 “Uhhhh, I think he’s a little on the fat side! I’m worried! He’s probably going to beat me up if he ever meets me.”

“I’m a Giants fans…but I could not have met a nicer guy and I lost some of my hatred for the Patriots after meeting Tom Brady and having him on the show. That’s how cool Tom Brady was.”

49ers GM Trent Baalke: “Prepared For Anything” with Michael Crabtree; “Going the Distance” with David Akers