After all the hype and speculation that the Dallas Cowboys had the potential to be the first team to make it to the Super Bowl in their own home stadium last season Tony Romo sounds like he is tired of all the expectations. The nail in the coffin that sealed the Cowboys season last year was when Romo broke his collarbone in late October.  This season Romo looks to be following the lead of his new head coach in believing that the Boys must get better one day a time before they starting buying into all the expectations brought upon their storied franchise.It’s not a secret that all the critics around the NFL believe the only hiccup in Romo’s game is that he seemingly can’t get it done in the post-season when it counts. Romo has a ton of potential and has elite skills in this league, but many Cowboys fans down in the Lone Star State have anointed him as the next Danny White, who always fell short of getting the Boys to the promised land. This may indeed be a season where the Cowboys are flying under the radar due to the fact that they did nothing in free agency except bring back their own players and spend cheaply to acquire mid-level free agents. Jerry Jones is still a believer in his quarterback and it’s safe to say this season that Dallas will only get as far as their starting quarterback can take them.Tony Romo joined 105.3 The Fan in Dallas with RAGE to discuss coming into this season itching to play after sitting out half of last season with a collarbone injury, the frustration of sitting on the sidelines hurt for half of last season, what will make the Dallas Cowboys better in his expectations for the Cowboys and Jason Garrett bringing a different feel for the Cowboys in his first full season as a head coach. 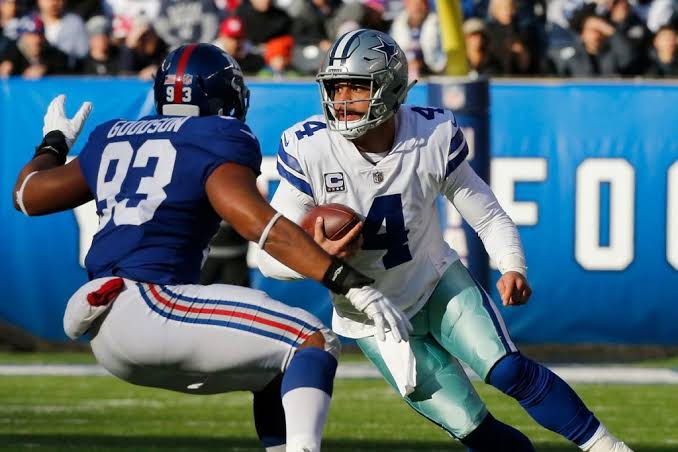 Is there more anticipation for you this year Tony because you didn’t play all of last year? Are you itching to play?

“Yeah that is a good assessment. I would say for me I love competing. Each day I like competition just in general. I get that competition in football in a lot of ways going out there and I think for me just I miss that. When I didn’t get a chance to compete on a daily basis and really my competition was with trying to improve my shoulder and my collarbone, which is just seems kind of silly when you are used to getting together with the 11 guys on offense and defense and everyone else trying to win football games, so I missed it. That passion is just sitting there and itching and just can’t wait to get on the field. I’m ready to go this year.”

Was it just frustrating as heck sitting on the sidelines with the broken collarbone last season?

“Oh absolutely. I think at least from my perspective it’s not an enjoyable experience. However after you get over the crappiness of the first couple of weeks of it now you have to figure out a way to learn and figure out a way to get better from it. How can I use this as a tool for me to be a better player when I come back? So I got the headset and started listening to the offense and defense and the coaches and how they attack. The schematic part of the stuff you know as a player, but now lets dig into what the coaches are trying to do and what they are trying to attack and things of that nature and I think I learned a lot in that respect. Hopefully it’ll allow me to take another level as a player.”

“There’s a lot that goes in. I have been playing…I have been in the NFL a long time now it feels like I want to say nine years and I’ve come to the conclusion that there are a lot of things that go into winning and losing. It’s not as simple as cut and dry as we have more talented players or less talented players or we have this or that. I mean you have to have good scheme approach from your coaches. They need to put people in good position to give them a chance. You need to have people who are willing to compete and work hard. I think you have to have people willing to stay together. There’s going to be tough times on every team during a season, but you need to as some teams have been around they get closer and stronger in those times and others kind of drift apart. You need to get the right kind of guys. You can have that. You get the right kind of scheme and then if you are fortunate enough to have some guys with ability and all that comes together I think that is when you are lucky enough to have a chance at a Super Bowl.”

Where do sit as far as expectations for the 2011 season?

“Well my expectations don’t lower. It’s about going out and playing well every day. It’s not about football games, it’s about practice and competing. That’s just from an individual perspective. It rubs me the wrong way every day I go home if I don’t feel as though I performed that day. From that perspective that will never change. From a team perspective whenever I line up and put a jersey on I am not out here to finish in second place. That’s something you are always striving for. I don’t think I am ever going to go out here and go ‘Well expectations are lower. We are just hoping to be a decent ball club.’ That’s not who I am. That’s not how I play a football game. I think our expectations are still high, but saying all of that you just need to go out and be good today. That process allows you to have those expectations down the road as a team here. We can’t think about those things. We’ve had that stuff you talked about with the hype and all that going into the season and other teams are now getting it and that’s fine. That doesn’t mean anything when it comes to September, October and November. All that stuff is going to be washed away and they’re going to have to line up on a football field and play us and we are going to have play them and that’ll be a fun deal.”

Does this team feel different under Jason Garrett?

“Well I am not into comparing because I have been under three head coaches I wanna say now. Each one has their own set of things they believe in. Each one has been proven right in a different manner, so there’s no right or wrong. There’s also no…a lot of stuff feels the same and then there are other parts that this coach is sprinkling in this. These practices are longer than Wade’s [Phillips], however Wade had two-a-days. He had more chances to do those things. There are some things that are a little different. I think Jason will stand up and talk in front of the team a little bit here and there about certain things that he believes in a little more. There’s different approaches, but each coach has his own niche.”