Michigan State came into this season with high expectations coming off a National Championship appearance against North Carolina last season and so far they really haven’t lived up to those expectations.  Every year before conference play opens up, the Spartans tend to play some pretty big out of conference games.  This season Michigan State has already played Gonzaga, lost to Florida and lost to North Carolina.  However, tonight will be their toughest test of the season so far.  Tom Izzo’s squad takes on Texas, the number two team in the country and a team that has legitimate National Championship aspirations.  If Michigan State wants to prove that they were deserving of that preseason hype, they need to win some of their big games outside the Big Ten.  They have a chance to do that tonight on a big stage against the Longhorns. Tom Izzo joined WDFN in Detroit with Tom “Killer” Kowalski and Larry Lage to talk about Michigan State’s non-conference schedule, the game tonight against Texas, and what player has surprised him most this season. 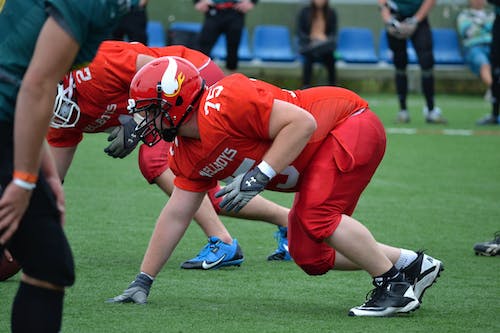 On the game against Texas:

“We got in here late, late last night.  Because of travel we had to come yesterday.  We’re gonna get a couple of practices in today and play in a big game tomorrow.  This team, I think in watching them on film, comparing them to even Kansas, they look to be the best team that I’ve seen as far as depth, experience, guard play, intangibles, shooters and rebounders.  It’s hard to believe a college basketball team would get 29 offensive rebounds in a game against another good college basketball team.  That’s a scary thought going into this game.”

On whether or not it is important to win a big road game against a top team moving into conference play:

“I think it is.  You gotta keep it in perspective that when you play big games, and I think John Beilein is going through it at Michigan, and you go on the road, you’re probably not going to win too many of these big games on the road.  We had Carolina and these games on the road and we knew that going in, so I’m not judging everything on that.  What I’m looking to judge more is our play.  Did we improve on our play?  I think our stats have been phenomenal if you look at this years and last years and our play has been average.  It just goes to show you how misleading stats can be.  I think that winning this game, yes would definitely help us, but how we play, how we compete and what we do, that I think is going to make us successful in the Big Ten season is just as important to me as anything.”

On how they can improve:

“What I mean by that is I said at the beginning of the year that we had a couple of different areas.  One is our leadership, our chemistry, and our distractions.  Two is our defense and three is our post play.  Believe it or not, our defense has been pretty good.  I think we have given up one time where a team shot over 40 percent which is way ahead of last year.  Our post play has not been great, but it has not been a problem.  I think our leadership and our chemistry, we had one of the best leaders that we’ve had here in Travis Walton and we had one of the best chemistry guys in Goran Suton.  Everybody looks at his center play.  He only averaged like 11 points and 9 rebounds.  That’s a lot but that doesn’t make you (Kareem) Abdul Jabbar.  There are other parts to it.  What we have to improve on as a basketball team is keeping distractions of all the things that go on when you’re rated in the top ten and get a little better leadership.  This time, there’s no question that Durrell Summers and Chris Allen need to shoot the better.  Again, we’re going through a similar thing, where I think we have one of our best shooting teams and those times aren’t shooting as well and yet we’re shooting over 50 percent so sometimes stats can be misleading.”