I don’t know if there is anything that college basketball can do about the one and done rule, but something needs to happen. Whether it’s up to the NBA or college basketball, the rule needs to go away. It’s an absolute joke right now for college basketball and I think it hurts the product. I think they should just let kids go straight from high school to the NBA. If players feel they are good enough and that’s the decision that they make, than they should take a run at it. Then if they are not good enough, NBA General Managers shouldn’t draft them. To me, the NBA as much as it’s about entertainment, it’s also a business and a way for some of these players to make a living. Some are good enough to make a living doing it and some never make it. It’s just like any job.I can send my resume to a number of different companies and if I’m not qualified or not good enough, than they don’t hire me. If a kid comes from high school and hands an NBA G.M. his resume so to speak and it’s not good enough and they’re not qualified enough, than an NBA team should reject him and let him go undrafted. But to force a high school basketball player to go to college not only hurts the University, but it can hurt the player as well.Tom Izzo joined The Dan Patrick Show to talk about his Michigan State Spartans this year, whether or not he thinks they can make a deep run this postseason, and also gives his thoughts on the one and done rule. 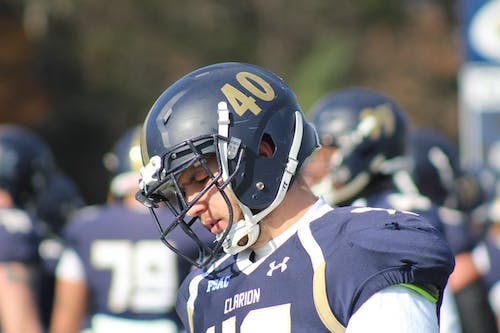 On Whether Or Not The Team Can Be A Final Four Team This Year:

“Not where we are right now. Do I think we have a chance to be? We have a good enough team if we can number one stay healthy and number two get a little better than we are right now. We’ve proven that we can play with just about anyone in the country. We’ve lost seven games, but they’ve been to all teams that have been ranked. (Host: You gotta win some road games too.) Gotta win a game on the road, but a lot of people don’t want to play tough road games either so then they don’t do that and we do. We go to Carolina and they were a little healthier then. And we go to Texas and I thought they were the best team in the country then. I still love Rick’s (Rick Barnes) team although he’s had a few injuries, but they’re awfully good.”

On The Team That He Has Faced That He Think Is The Best In College Basketball:

They (Texas Longhorns) are the best team that I’ve seen, but I think Syracuse and Kentucky are pretty good. Kansas might be the most solid if you look at experience. We played them twice last year and they were really good I thought.”

On expanding the NCAA Tournament:

“I’ve been for it. I don’t think it’s gonna dilute it at all personally because I think there’s many, many more good teams now. Just look at Division 1, I think we’re up to 343 or 347 teams, so we’ve added a bunch of teams and a lot more people have put a lot more money into basketball because it’s a cheaper sport in a way. I think expansion would be good. There’s such a few number that get into the tournament compared to the number that are there if you compare it to football.”

Con The One And Done Rule:

“I’m not in favor of the one and done rule. I’ve always been in favor of the baseball rule. I like football, three years, but I do think in basketball the LeBron James’s should have the ability to come out. But once they go to school, I think it should be three years. I think it would benefit the players a lot more than even the coaches but everybody would look at it like it would benefit the coaches.”